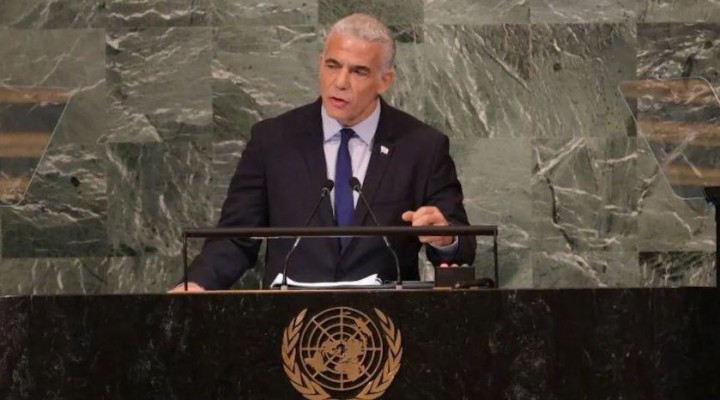 The Israeli government is portraying itself as being worried about international delegitimisation at the UN. As the UN General Assembly Fourth Committee on Decolonisation passed the resolution “Israeli practices and settlement activities affecting the rights of the Palestinian people and other Arabs of the occupied territories including East Jerusalem” on 11 November, Israeli Prime Minister Yair Lapid sent letters to 50 world leaders asking them to dissuade the Palestinian Authority from seeking advice from the International Court of Justice (ICJ) over settlement expansion and annexation.

“If the Palestinians continue to ignore these requests and this resolution is brought to a vote in December, I hope and expect that your country will vote against it and voice your clear concerns regarding its dangerous ramifications,” wrote Lapid.

Without any context of how the UN facilitated Israeli colonialism in Palestine, one would entertain the impression that Lapid fears that the ICJ could instigate political change. While Israel’s delegitimisation concerns surface occasionally, the government is also safe in the knowledge that any resolutions or advice regarding the Palestinians’ political rights is unlikely to make it beyond the rhetoric stage. Influential countries, including European countries, either abstained or voted against the resolution, which is additional proof of the duplicitous stance which adherents of the two-state compromise continue to display.

According to Lapid, “The Palestinians want to replace negotiations with unilateral steps. They are again using the United Nations to attack Israel.” In the real world the Palestinians have been let down by the UN since before Israel’s colonial establishment on Palestinian territory. Considering the UN’s involvement in creating Israel, the strategy that the Palestinian leadership can be criticised for of is over-reliance on the UN, its non-binding resolutions and the two-state compromise, for any political resolution which is clearly not a priority for the international community. An institution that has worked against Palestinians’ political rights to accommodate the Zionist colonial project is not a partner for Palestinians; it works against them.

The UN has coerced Palestinians into abiding by its international narrative on a decades-long political violation which only turns to Israel’s security narrative in terms of reference. Israel’s preoccupation with legitimacy has nothing to do with UN resolutions, and everything to do with its own colonial violence which upholds the foundations of its colonial-settler society.

Lapid’s gimmick is not futile, however. It serves as a reminder to the international community of how entangled it is in Israel’s colonial expansion. Israel is also well versed in mentioning negotiations alluding to the two-state compromise out of political necessity, not conviction. What Lapid is doing keeps UN member states tethered to their own conjectures on Palestine, while ensuring that there is no deviation from the status quo which now also takes its cues from the Abraham Accords. The Palestinian Authority stands no chance of gaining diplomatic advantages internationally, but Israel will not lose the chance to direct the UN towards its own colonial strategy and bogus security narrative.

The Palestinian narrative is eliminated at the UN Security Council