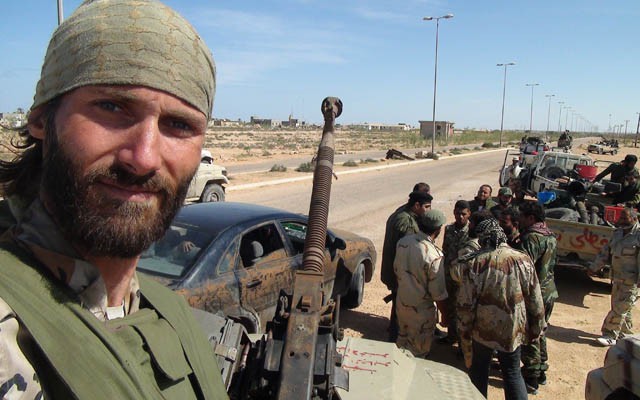 President Donald Trump’s pre-election pledge to end America’s useless wars in the Middle East and Afghanistan just might turn out to be somewhat less than what was promised if some political allies of the president have their way. For the past year there have been rumors circulating in Washington about the possibility of using mercenaries rather than American soldiers to keep the lid on a volatile Afghanistan and to arrange for regime change in countries like Venezuela.

It perhaps should surprise no one that a country dedicated to “free markets” should at least somewhat embrace the idea of using mercenaries to fight its wars. The concept is already embedded in the federal government, increasingly so since 9/11. A majority of the workers in the intelligence community as well as in the civilian ranks of the Pentagon are already paid contractors who work for the “Beltway bandit” firms that specialize in national security. A substantial number of those hires are armed paramilitaries operating in Afghanistan and elsewhere in the Mideast and Africa.

The logic for going with contractors rather than employees has been that budgets go up and down, so it is the smart thing to have a lot of people working for you who are on one-year contracts and can be let go if the money to pay them is not authorized. The downside is that the average federal employee costs roughly $125,000 per year in pay and benefits. A contractor costs three times as much, which means that the taxpayer pays the piper for something that is a convenience for the government.

The most prominent advocate for mercenary armies is Erik Prince, an outspoken supporter of Donald Trump and the founder of the controversial private security firm Blackwater. Blackwater was a major private military contractor in Iraq, where it provided security for State Department operations and facilities. Notoriously, in 2007, Blackwater employees shot and killed 17 Iraqi civilians at Nisour Square in Baghdad. One of Prince’s employees was eventually convicted of murder and three others have been convicted of manslaughter. Prince subsequently renamed the Blackwater security company and then sold it in 2010.

Prince, the scion of a wealthy Midwestern family that made its money selling auto parts, is himself a former Navy SEAL. Many of his Blackwater employees were drawn from the special operations community. His sister is Betsy DeVos, the conservative secretary of education, which certainly helps make sure that his views will be conveyed to the White House.

Two years ago, Prince was lobbying heavily in Washington in support of his plan to privatize the war in Afghanistan. He claimed that mercenaries operating in the special ops mode and not requiring a huge logistical tail could be more cost and manpower effective at fighting the similarly armed Taliban. But Prince did not see that as their primary mission, which would be training Afghan national forces while at the same time running the key elements in the country’s government that would support the effort, namely the treasury and national security team. In other words, it would be the foreign mercenaries in charge with the Afghan government going along for the ride until the situation would improve. Having the paid soldiers and their administrators in charge would also eliminate the pervasive Afghan government corruption, which has to this point crippled the war and training efforts.

It was a neat and also creative package that would at a stroke end direct U.S. involvement in the Afghan war, in a manner of speaking. It would also be quite lucrative for the company providing the mercenaries and the other support. Empirically speaking, however, it was always a nonstarter. The ability of a group of mercenaries to multitask in a difficult environment like Afghanistan has never been tested at this level, and it is impossible to imagine that the Afghan government would cede its authorities to a band of Americans and Europeans.

More recently, Prince has been supporting something similar, a private mercenary army of a few thousand men that would bring down the government of Venezuela’s socialist President Nicholas Maduro. Having learned from the Afghan experience that it is necessary to come up with the money before coming up with a plan, Prince has been discussing Venezuela with conservative Republican donors as well as with Miami-based Venezuelan millionaires, the so-called “bankers and oligarchs” that ran the country before the election of Hugo Chavez in 1998 forced many of them to go into exile. He has been seeking $40 million in seed money for the operation.

In private meetings in the United States and Europe, Prince sketched out a plan to field up to 5,000 soldiers-for-hire on behalf of Venezuelan opposition leader Juan Guaido. He has argued that a dramatic step is necessary to break through the standoff between Guaido and Maduro. Prince’s pitch detailing how he would accomplish a change in government features intelligence operations preceding deployment of those 5,000 mercenaries recruited in Latin America to conduct “combat and stabilization operations.”

The White House is cool to the plan, particularly in the wake of the poor intelligence that led to the badly bungled and embarrassing Venezuelan coup in May. It is currently more inclined to tighten sanctions to create more unrest, particularly as there are already reports of starvation in some parts of the country.

There also has been concern in Washington policy circles that the introduction of foreign soldiers in Venezuela could lead to civil war, something like a replay of what has been experienced in Afghanistan, Syria, Iraq, and Libya. But the most interesting aspect of the discussion is the fact that it is taking place at all. The United States of America, hostile to the ability of kings to initiate wars on their own authority, was founded in part in opposition to any permanent standing army beyond what was necessary for self-defense.

Now, the U.S. may be considering major military operations using mercenary armies to deal with undeclared and illegal wars thousands of miles away that do not even threaten the homeland. It is, unfortunately, just one more indication of how the United States has been changed beyond all recognition in the past 20 years.