HOME / WORLD / They’re Coming to Take You Away 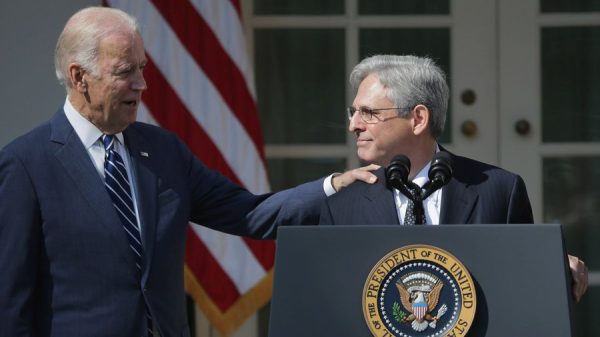 Biden Administration steps up its war on the American People

What would a completely unscrupulous chief executive whose sole purpose in life is to seize power and never relinquish it do to conceal his evil intentions? He or she would use deception to change the narrative. Many are beginning to recognize that that is precisely what the Democrats are doing and their game plan includes demonizing both Russia and China to create plausible external enemies while also generating fear and uncertainty around alleged domestic threats as well as the COVID menace, to include initiating mandates designed to make the people submissive and fearful of legal and personal consequences for defying the government. Well, be that as it may, the penny has finally dropped and it is now clear that Biden-Pelosi-Schumer are intent on changing the rules and using lawfare and other tools to create a permanent governing majority.

The key to power in this case has been exploiting the legal system to criminalize many forms of dissent. For the past year President Joe Biden and his Department of Justice sidekick Attorney General Merrick Garland have been making noises about all the terrorists running around loose in the country. And they have not been shy about suggesting that the alleged terrorists are nothing less that “white supremacists” who are allegedly promoting violence to address their grievances against the new administration in Washington. Well, it has now become official. The Biden government has mobilized and has finally declared “war on the American people,” most particularly the third or so of the population that has concerns about the conduct and results of the 2020 election as well as over the “woke” racial preference policies that the government has been aggressively promoting.

On January 11th, Matthew Olsen, head of the Justice Department’s National Security Division, revealed to the Senate Judiciary Committee that the FBI has now created a special unit that will deal exclusively with “domestic terrorism,” which it further describes as constituting an “elevated threat” to American democracy. Olsen claimed that there has been a large increase in “domestic extremism” reports having doubled in 2021 compared with the previous year. The new unit will “augment the existing approach” by way of additional resources that have been made available to identify the dissidents, track them down, arrest them and try them under the authority of various laws that were originally conceived as a legal tool to combat the perceived international terrorist threat after 9/11.

Olsen, citing what he referred to as the January 6th 2021 “riot” at the Capitol in Washington, elaborated how the Department of Justice believes that the nation now faces a serious threat from “domestic violent extremists — that is, individuals in the United States who seek to commit violent criminal acts in furtherance of domestic social or political goals.” He also suggested a racist motive behind some of the violence, adding that “We’ve seen a growing threat from those who are motivated by racial animus…,” and observed that the “terrorists” often are “anti-Authority,” whatever that is supposed to mean.

Olsen did not mention that the war on dissent has even included monitoring the social media of America’s military personnel lest they harbor dangerous thoughts. To be sure, the driving force behind the government’s campaign to criminalize the actions of the many citizens who object to the Biden Administration policies appears to be Olsen’s boss Attorney General Merrick Garland, who is very well placed to engage in mischief that will potentially affect all Americans. In fact, he has proven to be a more than willing accomplice in the social engineering that the Biden Administration is engaged in, to include his declaration last year that white supremacists are the single greatest terrorist threat the United States faces today.

Garland and others in the Biden Administration unashamedly propose that America’s governmental bodies and infrastructures are racist and supportive of “white supremacy” and must be deconstructed. “Building Back Better” requires everything to be examined through a value system determined by identity politics and race and it views both whites and their institutions as hopelessly corrupted, if not evil.

If there were any doubts about Biden’s intentions, they were dispelled in a speech made in Georgia on the same day that Olsen was addressing the Senate. Biden issued a call to arms that was full of race-baiting, claiming that those who are resisting the voting “reforms” that he is promoting are little better than notorious civil-rights era racists like George Wallace and Bull Connors. In reality, however, the voting changes that the Administration is promoting by fiat are, in fact, licenses to steal votes and commit large scale electoral fraud as they will strip states of the right to demand that voters prove both that they are citizens and legal residents.

On January 26th the Department of Homeland Security got into the game, releasing a memo suggesting that the “domestic extremists” are seeking to make the lives of all Americans more difficult. The dissidents “have been developing plans to attack the US electric sector… since at least 2020.’” The report stated that extremists “adhering to a range of ideologies will likely continue to plot and encourage physical attacks against electrical infrastructure” but it did not provide even a single piece of evidence that the “threat” had ever proceeded beyond the talking stage, suggesting that the report was generated to create fear on the part of the public regarding the “domestic terrorism” issue.

In yet another instance demonstrating how the White House is interpreting its national security mandate in a highly partisan fashion, FBI Director Christopher Wray stated last week that the Anti-Defamation League (ADL) works closely with the Bureau to identify and investigate instances of anti-Semitism in the United States. That should raise questions about a private group with an agenda working as a source for the police and intelligence services and it suggests in particular that critics of Israel and its policies will find themselves increasingly targeted by law enforcement under “hate crime” legislation. Such statements citing rising anti-Semitism and “holocaust denialism” also generate more fear among the public to justify “protection” by a dominating and intrusive national security apparatus.

Witness how this has already played out in Europe where “holocaust denial” has been widely criminalized by way of so-called “memory laws [which] prohibit the denial, justification, or trivialization of the crimes committed by the Nazis during World War II… France has had a ban on Holocaust denial in place since 1990. Austria’s ban was adopted in 1992, and Belgium’s is from 1995. Germany itself did not adopt an explicit ban until 1994, though it countered Holocaust denial before then through laws against defamation, incitement, and disparaging the memory of the dead… Holocaust denial laws were also approved in the 1990s by the European Court of Human Rights (under the Council of Europe), which stated that the negation or revision of ‘clearly established historical facts — such as the Holocaust — … would be removed from the protection’ of free speech under the European Convention on Human Rights.”

Eliminating free speech, the most fundamental right, would allow government and a compromised media to gain control of the narrative of government that prevails in the United States and would be a significant step towards totalitarian control. Going beyond that, the Administration is even reported to be considering devastating proposals to make all illegal immigrants citizens to allow them to vote. New York City has already declared that all residents will be able to vote on local issues, whether they are in the country legally or not. More to the point, the discussion comes at a time when the nation’s southern border has become an out-of-control entry point for anyone who can reach Mexico.

Even though the Biden Administration’s enemies list admittedly features white supremacists regarded ipso facto as extremists, it now notoriously also including those parents who do not support the various formulae being employed to install programs seeking to establish what is referred to as “equity” in the nation’s public schools. That the agenda is both reverse racism and detrimental to good educational practice is why parents are protesting. Senator Rand Paul of Kentucky has observed how “The Department of Justice’s fight against angry parents is a real testament to the authoritarian nature of the Biden administration and indeed, the entirety of the left. It takes a lot of hubris to declare that you know how to raise someone’s child better than them and send authorities to shut you down when you protest that.”

Senator Paul’s father former Congressman Ron Paul has also responded to the threat coming from a government that he perceives as trending towards totalitarianism by way of a single state model for education, commenting how “If government can override the wishes of parents in the name of ‘education’ or ‘protecting children’s health’ then what area of our lives is safe from government intrusion?”

If it is indeed true that Joe Biden is not completely in control of what his administration appears to be doing, one then has to wonder who is directing his appointed officials to pursue policies that are destructive of all the freedoms and other positive things that this nation once represented. One thing for sure, the mask is now off and the Democratic Party plan to create something like a totalitarian state with one party rule in perpetuum is right there for everyone to see.

0 thoughts on “They’re Coming to Take You Away”