HOME / WORLD / The Ukraine Impeachment Fiasco: Both Republicans and Democrats Being Manipulated by the Deep State 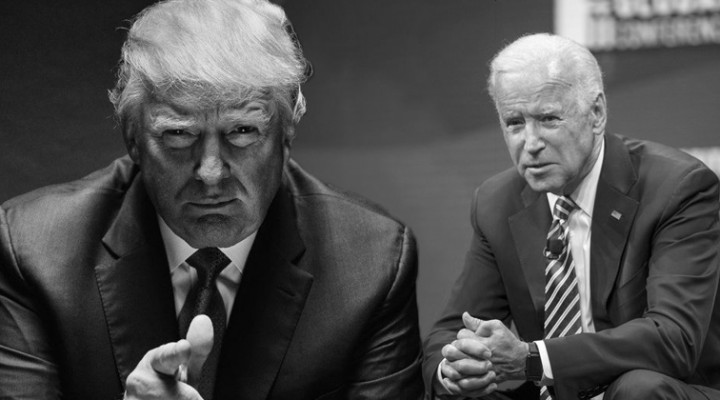 The problem with the current imbroglio over Ukraine is that the discussion does not begin where it should. Here is the timeline: the United States decided to make a serious effort to bring about regime change in Ukraine under the Obama Administration after that country’s election on June 2010 returned Viktor Yanukovych, who sought closer ties with Russia rather than Europe, as president. The White House claimed that the election results were fraudulent, even though international observers disagreed, and decided to intervene. The job was given to noted Democratic Party-linked neoconservative Victoria Nuland, who had been appointed Assistant Secretary of State for European and Eurasian Affairs in May 2013. One might recall that she and other intense Russophobes like Senator John McCain would appear in Kyiv in late 2013 after the Maidan protests began, handing out cookies and giving advice to dissidents, suggesting that the United States would support a popular uprising. The uprising did indeed come in February 2014, to include still mysterious snipers who shot into a crowd of demonstrators, and Yanukovych was forced to step down.

Nuland immediately stepped into the void. On February 4, 2014, a Russian intercepted recording of a phone call between Nuland and U.S. ambassador to Ukraine, Geoffrey Pyatt, that took place a week earlier was published. In their phone conversation, Nuland and Pyatt considered how they would arrange for their candidate Arseniy Yatsenyuk to become the new prime minister after the government collapse. They discussed specifically what would have to be offered to other candidates to have them step aside and set up a meeting with a number of political leaders to make arrangements. Their conniving was successful and Yatsenyuk became prime minister of Ukraine on February 27, 2014. During the phone discussion, Nuland famously dismissed the European Union as a possible mediator for the Ukrainian government transition saying, “Fuck the EU.”

One might reasonably suggest that U.S. involvement with Ukraine, which amounted to an intervention that makes even the most toxic interpretations of so-called Russiagate pale in insignificance, began under Barack Obama and it was a neocon project. Ukraine, in a dramatic shift, became dependent on support from Washington while also turning its back on Moscow, a development that the Kremlin accurately saw as an existential security threat, leading to the annexation of Crimea and the simmering conflict between Kyiv and Moscow that continues to this day.

Joe Biden just happened to be Vice President while all of this was happening and, from the start, he reportedly took an interest in what was developing in Ukraine. Enter Joe’s son Hunter who somehow in early 2014 became a member of a “high profile international board” to oversee the largest natural gas producer in Ukraine, Burisma Holdings. Hunter received compensation of $50,000 a month, for a total of in excess of $3 million by the time he resigned in April 2019. As Hunter Biden contributed little or nothing but his name to Burisma there was even concern expressed among the Obamas that the whole thing smacked of a conflict of interest at a minimum.

Then the story gets murky. In March 2016 Joe Biden connived at the firing of the country’s top prosecutor Viktor Shokin, who was accused of blocking corruption investigations. President Trump and his personal lawyer Rudy Giuliani, however, claim that the firing was instead motivated by a desire to protect Hunter by stopping any investigation into corruption at Burisma Holdings. There is a testimony that goes both ways, but there have been credible denials that the Vice President’s son was actually being investigated.

In mid-July 2019, Trump froze $391 million in military aid shortly before a July 25th telephone conversation with new Ukrainian President Volodymyr Zelensky in which Trump may have suggested to Zelensky that aggressively advancing investigations of corruption in his country would benefit the bilateral relationship. An intelligence community official, possibly CIA, serving in the White House subsequently turned whistleblower and went public with his or her largely hearsay account of the phone call, which led to demands that records of it be turned over to Congress. After a partial summary transcript of the conversation and associated documents were released by the White House, on September 24th the U.S. House of Representatives initiated a formal impeachment inquiry against Trump over the issue of his possibly having used foreign aid to Ukraine to damage Joe Biden’s 2020 presidential campaign.

First of all, it should be understood that the impeachment will likely be a replay of that of Bill Clinton. The House, where there is a solid Democratic majority, will recommend impeachment, but the Senate, which must vote by a two-thirds majority to actually carry out the expulsion from office, is unlikely to do so because it is controlled by the GOP.  That is, of course, only true as long as there are not fifteen plus Republican Senators willing to vote with the Democrats to get rid of Trump and have Vice President Mike Pence as president, which is unlikely but possible.

Given that the impeachment will likely fail, it is interesting to note other aspects of the story, which are playing out currently. First of all, the drama began with the whistleblower complaint by a staffer from the intelligence community. Intelligence officers seconded to the NSA or White House are normally regarded as spies for their parent organizations with good reason. There are credible independent reports that the U.S. intelligence agencies recently modified their whistleblower procedures to permit complaints based on second hand rather that direct access to alleged illegal behavior. This is significant, as it appears that the White House whistleblower did not have any direct contact with the activity that was the source of the complaint and it further might lead one to believe that we are experiencing yet another Deep State coordinated assault on Donald Trump.

The Republicans are claiming that there was no actual quid pro quo in the phone conversation and that there is nothing actionable as illegal activity in terms of what was discussed. The Democrats claim, on the contrary, that the message regarding Biden was clear even if it was not explicit. Reading the partial text as presented in its clearly edited form, it is possible to support either side depending on one’s inclinations, but it is clear that the Democrats are already overplaying their hand. House Intelligence Committee head Adam Schiff is considering demanding all records on all Trump’s phone calls with foreign heads to state to determine if there was any damage to national security.

The real question will be how the impeachment product is sold and how the public will regard the activity. The emerging narrative will determine how Senators vote and also on the 2020 election. And it has to be noted, of course, that no matter what happens, Joe Biden and son will come out smelling bad, two more entitled wealthy men exploiting public office to become even richer even if they did not actually break any laws.

BREAKING: After Joe Biden claimed that he never discussed his son’s foreign business dealings with him,

A photo surfaced, from 2014, showing the former VP and his son golfing with a board member of the Ukrainian company that paid Hunter Biden $50k a month. 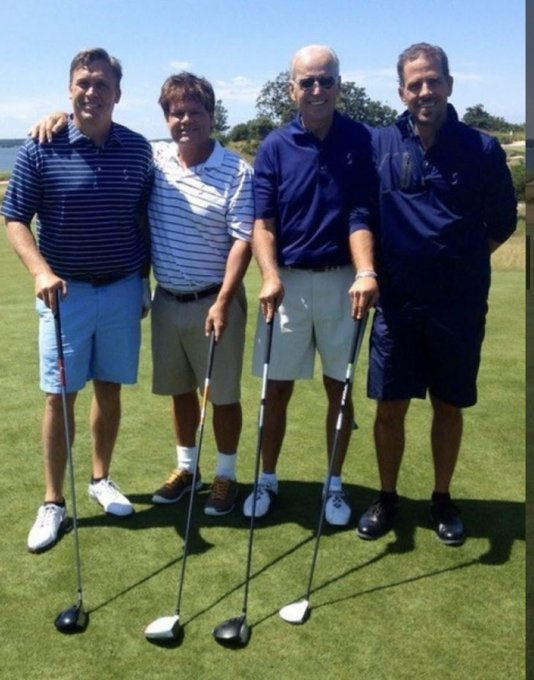 1,458 people are talking about this

And there are other considerations. Foreign aid is, in fact, frequently used to compel other governments to act in ways that are considered desirable by Washington. So even if Trump suggested something about aid linked to other behavior it would not be unprecedented. What is unprecedented is that the target of the request may have been a senior politician of an opposition party, but Trump could plausibly argue that that is coincidental and that the real target was the pervasive corruption in Ukraine.

And there is also a problem with the whistleblowing itself. Paul Craig Roberts has observed that under the statute allowing intelligence agency whistleblowing, 50 USC sec. 3033, the complaint has to involve “intelligence activity,” which was not the case with the phone call. Also, under the statute the “whistleblowing must concern either a person or activity that is under the authority of the Director of National Intelligence. One cannot use this statute to whistle blow to the Inspector General of the Intelligence Community, a subordinate official of the DNI, on anything that the DNI has no authority over….” Not included under DNI authority are the president’s phone calls to foreign heads of state.  So, the intelligence agency whistleblower was not even acting legally.

The involvement of the leadership of the intelligence community in certifying a whistleblower complaint that was not legitimate under its own statutory obligations again suggests a Deep State hand. And, of course, there is a long history of attempts to first vilify candidate Trump and then destroy his presidency from inside after he was elected and inaugurated. One need only cite the names of former Director of Central Intelligence John Brennan, former FBI Director James Comey and former Director of National Intelligence head James Clapper, all of whom conspired against Donald Trump.

Finally, even if we Americans are witnessing a Deep State operation to free itself of Trump, there is certainly plenty of blame to go around for how the president has been handling the issue. One wishes that he would keep his mouth shut and let the facts speak for themselves. Lashing out in the ubiquitous tweets and labeling opponents as “treasonous” or as “spies” while hinting at the death penalty for their sins and raising the specter of civil war in America is not likely to generate much broad-based support for an embattled leader. But this has been Donald Trump’s problem all along and if he persists, he might find that former friends have decided to keep their distance from him, which could very well lead to his downfall.

0 thoughts on “The Ukraine Impeachment Fiasco: Both Republicans and Democrats Being Manipulated by the Deep State”