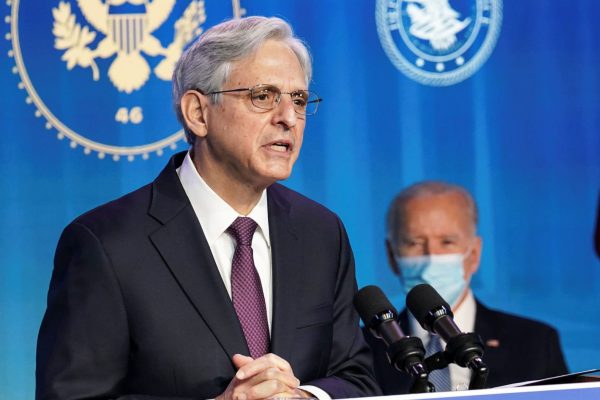 The Democrats have held the presidency and a majority of both houses of Congress for only eleven months, but they have already put their stamp on the transformation of the United States from top to bottom. In reaction to those cascading accusations of “domestic terrorism,” many Americans are beginning to believe that the country is literally coming apart, with little in the way of a binding national spirit or sense of purpose. And the heavy hand that is being wielded to impose a revolution in areas like education and health mandates raises concerns that much worse is to come over the next three years.

That the country is in deep trouble is a view that I have come to share and each morning has become a chore to get up out of bed and scan through the news service headlines that had accumulated since the night before. I sometimes notice that there is more space given to reviews of television shows, the doings of “celebrities,” and sporting events than to the more serious issues that confront the American people. One might suspect that most readers don’t really care about the state of the nation, but I rather think that what we are seeing is a deliberate and all-encompassing media driven propaganda campaign designed to deliver bread and circuses while also reducing the choices that people are able to make in many of the aspects of their daily lives.

Three weeks ago there was an article featured in The New York Times, which is, of course, one of the worst and most persistent of the national libtard media, which headlined “A Pollster’s Warning to Democrats: ‘We Have a Problem’: Focus groups with Virginia voters led to a bluntly worded memo on what Democrats need to do going into the midterms.” The article begins with “Brian Stryker, a Democratic pollster, didn’t work for Terry McAuliffe’s campaign in the Virginia governor’s race. But Mr. McAuliffe’s narrow defeat in a liberal-leaning state alarmed him and most every Democratic political professional.”

Stryker was subsequently commissioned to do polling and prepare a no-holds-barred memo on what went wrong. “The [poll’s] participants hailed from the suburbs of Washington and Richmond and had the same political profile: Each supported Mr. Biden in 2020, and either voted for Mr. Youngkin in November or strongly considered supporting him.” The Times article consists mostly of an interview by the newspaper on the points made in the memo.

I confess that I read the entire article, a rare achievement with the NYT, and then sat back to have a good laugh. I was, after all, an actual Virginia voter involved in the campaign to defeat McAuliffe due largely to his “anti-parent involvement in education” beliefs as well as his close ties to the Clintons. I noted immediately that the polls undertaken by Stryker were focused on the limousine liberal voters in northern Virginia and around the capital Richmond. Those are not necessarily the voters who turned Virginia blue and their ability to send their children to private schools made education less of an issue than it was for ordinary working people who had to rely on the public system. So the responses were, one might suggest, skewed.

Most Virginians I know who voted against McAuliffe did so for a whole basket of issues relating to the Democrats punishing the white working and middle classes and disadvantaging their children because of their skin color. They were also responding to surging homicides and unpunished looting, arson and rioting nationally, which has been linked to the Democrats opportunistic support of the BLM phenomenon generated behavior. People in Virginia in general no longer feel safe on the streets of their towns and even in the schools because of the Democratic Party tendency to pander to the various constituencies harboring grievances that it has embraced. Note particularly one question from the NYT journalist to Stryker and the response:

“Q: What drives this perception that Democrats are fixated on cultural issues?

A: We probably haven’t been as focused on the economy as we should be. I think some of that is voters reading us talking about things that aren’t economic issues. Part of it is just a natural reaction, too: We’re in an economy they feel is tough. It’s hard for them to think we’ve solved problems when they see so many.”

Stryker not so skillfully dodges the question because the problem is that the Democratic Party is indeed “fixated on cultural issues,” which is why they are willing to turn public education into a “feel good waste of time” that many parents loathe and the taxpayer/homeowner is required to fund. McAuliffe lost the election when he declared that parents should not interfere in the education of their children and that there are too many school teachers who are white. Nevertheless, it is odd that Stryker was seemingly unable to figure out that it was not the economy that drove voters to reject McAuliffe, that citing the economy is the equivalent of no answer at all. Just maybe he was talking to the wrong people.

One can only hope that the Democrats are heading for a fall in 2022, but the punditry that makes its living off of the mainstream media is persisting in its attacks. Another recent article is by Max Boot, a ramshackle neocon of no particular distinction who wears a funny hat to distinguish himself from the other odd-looking neocons. Characteristically Jewish and born in Russia, he has inevitably exploited the usual networking to find a home as an opinion contributor at the extreme liberal Washington Post though he sometimes pretends to be a conservative. His article is entitled “Democrats are on course to lose in 2022 and 2024. If they do, we may lose our democracy.”

Boot is concerned because opinion polls show that Joe Biden and his party are seen increasingly unfavorably while the Republicans are gaining support. He describes the GOP as “extremist and authoritarian” but to give him some credit for being more alert to real issues than Stryker he observes that the Democrats are suffering from “progressive overreach” recounting how “[He] recently visited [his] alma mater, the University of California at Berkeley, and got an earful from friends about the excesses of ‘cancel culture,’ the unwillingness of many progressives to confront crime and homelessness, and, above all, all the damage done by Zoom classes and mask requirements for young children. These are complaints from liberals in one of the most progressive cities in the United States. Democrats are living in a dreamland if they continue to dismiss such worries as phony Republican attacks. Similar concerns cost Democrats in New Jersey and Virginia — and could haunt them again next year… [Biden]needs to attack the far-left activists who want to defund the police, boycott Israel and divide Americans by race.”

But Boot still is blind to what is happening to America fueled by the party that he clearly prefers. It is the Democrats who have introduced the COVID vax mandate; who opened up the southern border to unlimited illegal immigration; who promote racial and ethnic preferences; who continue to saber rattle against Iran, Russia and China; who refuse to arrest and try the rioters, looters and arsonists in America’s cities; who seek to restrict free speech and freedom of association; who continue the persecution of journalist Julian Assange; and who are going after ordinary Americans who protest against the destruction of the schools as “domestic terrorists.” If Max Boot really wants to know who has totalitarian tendencies and is threatening democracy in the United States all he has to do is turn around and look at his Democratic Party friends. And when he figures it out, he can explain it all to Brian Stryker.

0 thoughts on “The Totalitarian Moment”