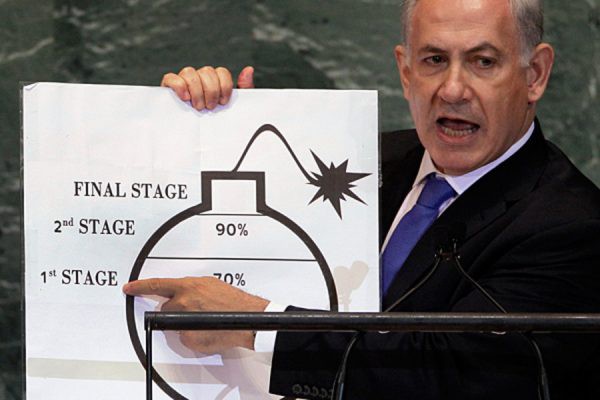 Lies from top to bottom

A study by a Toronto-based consulting and research company has revealed that over the past fifty years mainstream reporting about Israel has been distorted to portray the Jewish state in positive terms while ignoring the plight of the Palestinians under Israeli occupation. The media study, based on a computer analysis of 50 years of data, found that major U.S. newspapers have provided consistently skewed, pro-Israel reporting on Israel-Palestine. The slanting in news coverage included subtle manipulations like using word associations favorable to Israel and derogatory to Palestinians as well as persistent publication of stories praising Israel while also avoiding reporting anything supportive of the dispossessed Arab point of view.

The researchers from 416Labs were able to evaluate headlines and articles derived from five major U.S. newspapers: the Chicago Tribune, Los Angeles Times, New York Times, Washington Post, and Wall Street Journal during the time period 1967 to 2017. June 1967 was selected as the starting point to include coverage of the Six Day War and its aftermath, when Israel attacked Jordan, Egypt and Syria to begin its military occupation of Palestinian territory on the West Bank and Gaza.

No one should be surprised by media bias in favor of Israel given the dominance of Jewish owners and editors in the major media, but the study just might have gone one step farther and noted, as did Congressman Paul Findley in his book They Dare to Speak Out back in 1985, that much of the bias stems from the overseas correspondents covering the Middle East for the U.S. and European media also being overwhelmingly Jewish. And a review of the Israel-philia might have gone back even further in time to the foundation of the state in 1948 to find similar favorable coverage.

Shaping the favorable perception of Israel has also involved the efforts of Zionist-dominated Hollywood movies and television to portray Jewish heroism while also at the same time ignoring the Zionist terrorism directed against both the indigenous Palestinian population and the British Mandate authorities prior to Israel’s statehood. The movie Exodus shaped many Americans’ perceptions of what had occurred in the Middle East, while the steady stream of films related to the so-called holocaust, which ignore the many problems with that standard narrative, perpetuate Jewish suffering and victimhood.

In truth, no one should believe any country’s creation narrative, which, since the time of Virgil’s Aeneid, has been intended to present an idealized portrait that is largely fact-free. Nationalists will inevitably distort the tale to reflect their own vision of what their homeland represents and how it came to be, but Israel’s story is unusual in that it is packed with lies from start to finish. Even before the creation of a Jewish state, Zionists encouraged Jewish emigration from Europe to the then Turkish-controlled Palestine. They coined the expression “a land without people for people without a land,” a flat out lie as Palestine was fully inhabited by Muslim and Christian Palestinian Arabs plus a small Jewish minority. This expression has been more recently replaced with another one, i.e. how Israel “made the desert bloom,” as if the land were not being cultivated before large numbers of Jews arrived, making it another lie. And it is, by the way, an expression favored by Zionist presidential aspirant Kamala Harris, a prime example of “progressive except for Israel.”

Israel was founded as a product of terrorism, some would say the “first modern” style terrorism, to include bombings of non-military targets and random massacres of civilians. In a notorious attack on the village of Deir Yassin on April 9, 1948, more than two hundred Palestinians may have been slaughtered by Jewish terrorists affiliated with the Irgun and Lehi groups. The exact count of the victims is unknown because a subsequent Zionist clean-up team systematically destroyed many of the bodies.

Given the turmoil in Palestine and the agitation by British Jews, the U.K. was eager to cut its losses, and Harry Truman, a U.S. president who benefited from Jewish financial and political support in his reelection bid, was equally willing to support the creation of a Jewish state as a quid pro quo. Even though Jews were a distinct minority in the new Israel-Palestine, they obtained nearly half of the land in spite of the United Nations mandate that the rights of the indigenous population should not be compromised by the new arrivals.

But the new arrivals from Europe and America disagreed with that even-handed approach. They assassinated the U.N. mediator Count Folke Bernadotte, who had himself saved many Jews in Nazi occupied Europe, and started to attack their Arab neighbors, intentionally driving 700,000 from their homes and killing many in the process. By that act of terror and a subsequent war fought against its neighbors, Israel obtained more land before the green line was eventually established as part of a 1949 Armistice Agreement managed by the U.N. to divide Israel from the West Bank and Gaza, which were under the jurisdiction of Jordan and Egypt respectively.

And then there came the miraculous Six Day War of June 1967, regarding which glowing media accounts described how Israel was attacked by Jordan, Syria and Egypt simultaneously but fought back hard and won a decisive victory, occupying in the process the parts of Jerusalem it did not already control as well as the Golan Heights, the West Bank and Gaza. The only problem with that story is that Israel started the war, attacking and destroying the Arab air forces without a declaration of war while their planes were on the ground. Denied air cover, the Arab ground forces could not win.

Israel also included in its Six Day War triumph the attempted sinking of the American intelligence gathering ship the U.S.S. Liberty, which was in international waters when it was attacked on June 8th. Thirty-four crewmen were killed and 171 wounded in the only attack on a U.S. Naval vessel in peace time that was never fully investigated by the Pentagon due to President Lyndon B. Johnson’s unwillingness to offend American Jews. The Israelis and their apologists have claimed the attack was a case of either “fog of war” or “a mistake,” both of which were completely self-serving lies exposed by compelling National Security Agency collected evidence that has surfaced recently. And, by the way, the Israelis continue to receive military assistance from Washington in spite of the killing of American servicemembers, $3.8 billion per annum guaranteed for the next ten years plus special appropriations as needed.

Even when the Israelis are clearly telling lies, much of the media and chattering class has been willing to forgive them their trespasses no matter what they do or say. The whopper level lies about Israel are that it is a democracy and America’s best friend and ally. It is neither. It has more than 50 laws that discriminate against Arabs, is now self-defined as a “Jewish state,” and it has recently legalized banning non-Jews from residential areas and towns. It also occupies Palestinian territories where the original inhabitants have no rights but martial law. And the Jewish state has never been an American ally in practical terms as it is under no obligation to support Washington under any circumstances even though a U.S. Air Force general has declared that his troops are prepared to die for Israel.

Some other recent lies include the propagation of a narrative that the Palestinians do not exist as a people, that Palestine has never been a country and therefore should never become one, and that there is no peace in the Middle East because the Arabs have never accepted the generous offers made by the Israelis to settle problems with the Palestinians, who are, by the way, solely responsible for their unfortunate situation since the expanding Israeli settlements on their land are no obstacle to peace. All lies.

And another big lie concerns how Israel spies on the United States. Israel is the number one “friendly” country when it comes to stealing American secrets, both commercial and military. When Jonathan Pollard stole more U.S. classified information than any spy in history, Israel’s friends rushed to explain that it was all a mistake, that Pollard was just a one-off oddball. And the Israel government agreed to return what he had stolen but did not do so and instead used it to barter with America’s then enemy the Soviet Union in a deal to permit Jews to emigrate.

Another espionage related development which produced a whole battery of Israeli lies and evasions relates to 9/11, where Mossad almost certainly had at a minimum inside knowledge regarding what was about to occur through their illegal massive spying program inside the United States. Remember the cheering Israeli movers in New Jersey as the twin towers went down? Or the hundreds of “art students” selling their work all across the U.S., which was both a scam and part of an espionage network?

More recent lies include repeated assertions that the Iranians have a secret nuclear program, which will produce a bomb in “six months,” something Benjamin Netanyahu has been promising since 1993. And those wily Persians are also developing ballistic missiles that can be used to attack Europe and America, a particularly dangerous lie as it has been picked up and repeated ad nauseam by the buffoonish triumvirate in Washington consisting of Bolton, Pompeo and Pence, which passes for the deep thinking in U.S. foreign policy these days. That allegation could easily lead to United States involvement in a war fought for Israel that it might reasonably avoid as it is not threatened by Iran and has no vital interests supportive of going to war against it.

But the greatest lie of all is the current claim that anti-Semitism is surging all around the world, requiring still more protection of and deference to diaspora Jews as well as to the state of Israel. It is based on a fundamental lie, that criticism of Israel is ipso facto anti-Semitic and ignores the fact that the pushback is based overwhelmingly on how Israel and Netanyahu behave. Israel, whatever its pretensions, is a country and Judaism is a religion. It is in fact particularly dangerous, and damaging to the religion, to combine the two deliberately as is being done by Netanyahu and the many American Jews who are serial apologists for Israel.

Indeed, Israel and its partisans are now using lies to change the way the public views the issue of anti-Semitism and are willing to do so by legislating to enforce how people think, to include the use of legal sanctions consisting of fines and imprisonment to silence critics. If legislation currently in congress is ever implemented fully, it will be the death of freedom of speech in the U.S. That such nonsense has gained currency at all is due to the Israeli corruption of both America’s government and its news media, which is not a lie, but the absolute truth that you won’t find discussed anywhere in your newspaper or on television reporting.

This trend to criminalize criticism of Israel has led Jewish groups and some governments to work together to promulgate “hate crime” statutes and other legal barriers to protect the Israeli wrongdoing. But Israel is not and should not be protected against criticism. It is a country that behaves very badly, and, one might add, dangerously, not only to its neighbors but also to the world as it has the potential in its hands to escalate its involvement in Syria to initiate a nuclear conflagration between the U.S. and Russia. Israel’s lies should be recognized for what they are and it should be boycotted and sanctioned until it comes to its senses or, if it does not, it should be completely shunned.