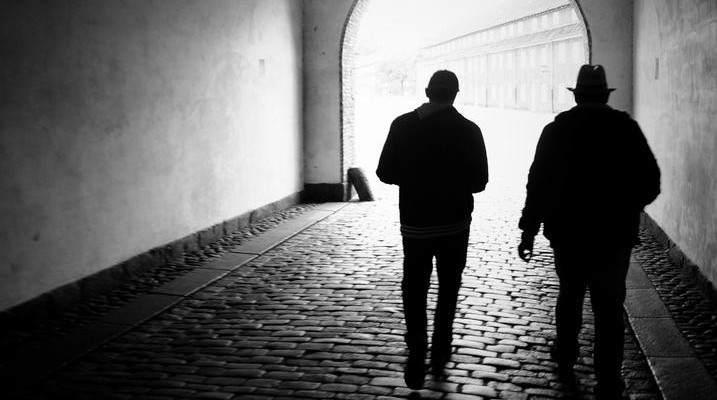 The flawed but nevertheless useful Whelan would be a perfect target for recruitment as an intelligence source, referred to in the business as “agents,” Philip Giraldi writes.

The media has a new bit of speculation that fits neatly into the flagging Russiagate narrative. It concerns Paul Whelan, a high school graduate Marine Corps dishonorable discharge, who is currently working in corporate security for a Michigan-based auto parts manufacturer. Whelan, who lives alone, is self-taught in Russian and has engaged in tourist travel to the country a number of times. He was reportedly arrested late last month in Moscow while ostensibly attending a friend’s wedding and charged with espionage. Forty-eight year-old Whelan is clearly an odd duck and is notable for having four passports – Great Britain, Ireland, Canada and that of the United States.

Press coverage of the incident has nearly unanimously decided that the spying charge against Whelan is phony and that he is being held as bait to arrange for an exchange with Maria Butina, who is in jail in Virginia after being charged with acting as an unregistered agent of the Russian government and engaging in conspiracy. The media and the usual pundits base their conclusion on absolutely no evidence whatsoever apart from their conviction that Russian President Vladimir Putin is a bad man who would do almost anything to irritate the United States and overthrow its system of government. Oddly, the press watchdogs fail to note how the current federal government is doing a damned fine job destroying itself without any assistance from the Kremlin. If Putin really wanted to damage the US, he would be best advised to leave it alone and let Congress and the White House do the heavy lifting for him.

Unlike the mainstream media, I rather expect that the charges against Whelan could be more-or-less correct, though not in the way the press has framed the story, which is that Whelan is such a flawed character that he could not possibly meet the requirements to be working for any sophisticated spy organization. The New York Times in its coverage of the story interviewed several former CIA officers who had served in Russia, but asked the wrong questions. The reporter wanted to know if Whelan could possibly be an employee of US intelligence. The ex-Agency officers replied “no” because of his criminal record while a Marine and other oddities in his career, which included some marginal involvement with low-level law enforcement.

The former spooks were correct to state that Whelan would not pass the security hurdles for employment as a staff officer, but there is also a whole other level of possible engagement with the Agency, DIA or JSOC – cooperating as one of the sources which intelligence organizations recruit and run to collect information. The flawed but nevertheless useful Whelan would be a perfect target for recruitment as an intelligence source, referred to in the business as “agents.”

Unusually for a foreigner, Whelan has a social media account on Vkontakte, the Russian equivalent of Facebook, which is quite likely how he came to the attention of CIA or the Pentagon. And The New York Times, interestingly, describes his friends on the site as “men with some sort of connection to academies run by the Russian Navy, the Defense Ministry or the Civil Aviation Authority.” That alone would be enough to generate considerable interest in American intelligence circles as sources with that kind of access are hard to find.

And the details of Whelan’s arrest, if true, are completely consistent with how a low- to mid-level source might be run and used by a US government case officer. According to Russian accounts published in Rosbalt, a news agency close to the Kremlin, an unidentified intelligence source revealed that Whelan was trying to recruit a Russian citizen to obtain classified information regarding employees at various government agencies when he was caught in flagrante. He was arrested five minutes later in what was clearly a sting operation after having received a USB stick that included a list of all of the employees that he apparently had requested.

It may turn out that Paul Whelan is completely innocent and is merely a pawn in a tit-for-tat chess game being played by Washington and Moscow. If so, it is to be hoped that he will be proven innocent and released, but no one should rule out his having been recruited and exploited by a US government agency. Spying is not a game. It is a dangerous business, with serious consequences for those who are caught.

0 thoughts on “Is Paul Whelan a Spy?”