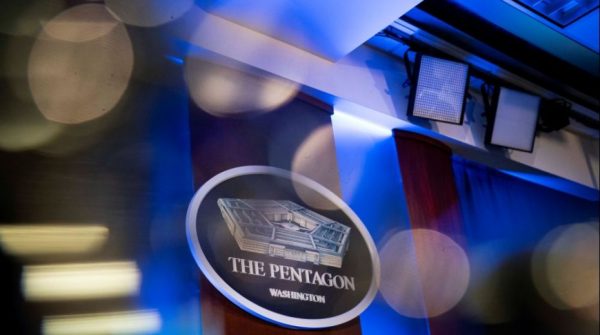 It is perhaps unusual to have a government that has as much disregard for what most would consider to be the truth as does the current group of rascals running the United States of America. To be sure, Secretary of State Mike Pompeo is as shameless a liar as has ever been seen on any public platform while the president himself appears to make things up as he goes along, particularly if a certain embellishment makes him look good. Nevertheless, it is important to recognize that lying and government have a long history, possibly going back to when the first cave dwellers elected a leader to guide the tribe on a mastodon hunt.

Lying is a traditional role for intelligence services. The Romans had a spy service run out of the imperial palace that provided military and political intelligence all across their vast empire. It included what might be called deception operations carried out to confuse enemies about intentions and capabilities. In more recent centuries, the British became masters of both spying and deception. Major influencing intelligence operations run against the United States can be credited with having led to American involvement in both world wars.

Currently, the world’s preeminent spy agency in terms of manpower, resources and global reach is undoubtedly the Central Intelligence Agency (CIA). That is not to suggest that it is necessarily the best intelligence agency, as smaller, more nimble, focused organizations can outperform the spies from the large countries in the niche areas that they consider important. The Agency’s unofficial motto is taken from the Gospel of John: “And you shall know the truth and the truth shall make you free,” in itself a deception operation as the CIA, acting for the White House, has not blessed anyone with freedom lately. The Israeli Mossad’s motto is more direct, also biblical, coming from the book of Proverbs. It has been translated from the Hebrew as “By way of deception, thou shall do war” though it also appears as “By wise counsel thou shall wage war.” “Wise counsel” might be described as a deceptive way to describe deception.

The federal government’s various intelligence agencies are into deception big time, so much so that they have a number of euphemisms that permit them to lie about lying. The CIA regards spreading false information as part of its “covert action” activity while the military prefers variations on “perception management.” Both occasionally refer to “influence” or “influencing” operations. Either way, it is in reality a form of “information warfare” in which words and ideas are used to shape a perspective favorable to the country engaging in the practice and damaging to one’s enemies.

The United States Department of Defense defines “perception management” as “Actions to convey and/or deny selected information and indicators to foreign audiences to influence their emotions, motives, and objective reasoning as well as to intelligence systems and leaders at all levels to influence official estimates, ultimately resulting in foreign behaviors and official actions favorable to the originator’s objectives. In various ways, perception management combines truth projection, operations security, cover and deception, and psychological operations.” In other words, perception management is a multi-tasked mechanism designed to get an adversary to think or believe what one wishes, no matter what the truth actually is.

The CIA has historically disseminated disinformation primarily through press placements, using agents and collaborators worldwide to circulate stories that were presumed to be supportive of U.S. interests. The danger was that stories circulated overseas also made their way back into the United States media and, as a result, were pari pass disinforming the U.S. public. In the 1970s the Agency decided to limit the blowback by only placing stories in foreign media that was unlikely to be picked up in the U.S. However, in an age of internet and easy global communications it is no longer possible to exercise that kind of control and one has to assume that a certain percentage, possibly large, of disinformation actually originates with the U.S. government.

The Pentagon has also been into the deception game, particularly in terms of justifying the Vietnam War by placing stories emphasizing the threat to the United States, which was largely an invention. This was similar to what followed with the Department of Defense’s Office of Strategic Influence (OSI) in 2001, which was replaced by the Office of Special Plans and the Policy Counter Terror Evaluation Group (PCTEG), all of which promoted false and inflated intelligence suggesting that the Iraqi government was building an arsenal of weapons of mass destruction that could be used to attack the U.S. The intention was to build public support for an attack on Iraq, because as President George W. Bush once admitted “One of the hardest parts of my job is to connect Iraq to the war on terror.”

Now comes the scary part. Defense One, which circulates among defense contractors and within the armed services, is now reporting that “Two former top special operations officials say their job was too junior and the Pentagon isn’t taking information warfare seriously enough. Despite shifting military budgets to better keep up with competitors, there’s one area where countries like China, Russia, and even Iran are proving nimble and frustrating for the Department of Defense: influence operations.”

The article complains that “Today, there is no one individual that’s directly in command of all ‘influence operations’ across the Department of Defense.” That is, of course, a good thing but Defense One doesn’t see it that way. The article goes on to describe how the current system works, which includes a WebOps Center created to “access the opportunities and risks of the global information space,” most of which is only of interest to a Pentagon-wonks. One quote included in the piece rather mysteriously describes how “The Department of Defense has a tremendous amount of capabilities, information-related capabilities, but they’re all stovepiped cylinders of excellence and they’re not integrated across the department to realize strategic messaging.”

The article concludes by considering how a new upgraded position of Undersecretary of Defense might be created to manage all the Pentagon’s “influence operations,” institutionalizing the process at a high level, making it something like a Ministry of Lies. All right, so it should surprise no one that the United States does heavy handed propaganda, but what is interesting is that it does so openly and even discusses in detail how it does it in such a fashion that there is not even any “plausible denial” of what is going on. And it is an illusion to think that lies put out by the government do not influence policy and even change the course of elections. An informed citizenry is essential in a democracy, so policy making should be as close to “fact-based” as possible. It was the Pentagon, after all, stung by honest media reporting on Vietnam, that now embeds journalists in war zones to control what they see and write about. Governing through lies does not make for good policy and it makes the government lack credibility even when it is telling the truth. American citizens who are taken in and fooled by what comes out of the influencing operations deserve much better.