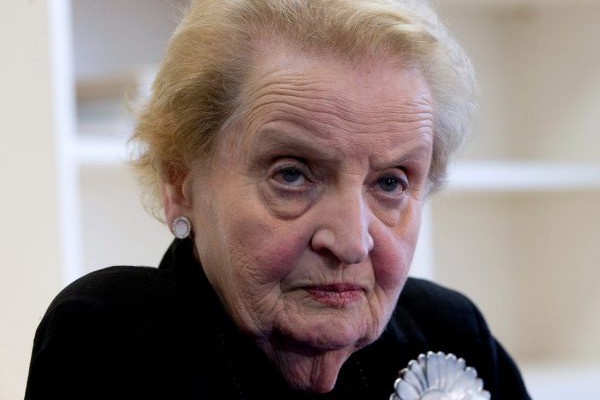 Few want to return to Obama or Clinton

Donald Trump might be described as unique as a president of the United States in that he constantly impulsively self-promotes in a bizarre fashion which the Independent has described as “wild days of authoritarian and incoherent outbursts.” But normally politicians are canny enough to steal and connive out of sight without letting on what they are doing or thinking. Given that, you know you are in deep trouble as a nation when a major political party is so tone deaf as to persist in introducing spokesmen who suffer from serious negative perceptions to boost the chances of their current candidates for office. That is precisely what the Democratic Party has been doing when it keeps employing the Obamas and Clintons to promote the Democratic National Committee platform and its candidates for the November elections while also supporting the campaign of Honest Joe Biden.

Reminding the national electorate of the legacies of Hillary Clinton and Barack Obama guarantees that voters normally inclined to vote Republican or even independent will be energized and turn out in large numbers in spite of their disdain for Trump’s style. Hillary, after all, should still be in jail for her mishandling of classified information while Barack ought to be in prison for life for having given the orders to assassinate American citizens without due process while also using the intelligence and law enforcement agencies to undermine the Donald Trump campaign. Hillary and Barack were also complicit in unnecessary wars against Libya and Syria that have devastated both countries.

Hillary is a co-founder of Onward Together, a Democratic Party front group that is affiliated to other activist organizations. In a recent e-mail she played the race card in a bid to solidify the black vote behind the Democratic Party, writing “Friend, George Floyd’s life mattered. Ahmaud Arbery and Breonna Taylor’s lives mattered. Black lives matter. Against a backdrop of a pandemic that has disproportionately ravaged communities of color, we are being painfully reminded right now that we are long overdue for honest reckoning and meaningful action to dismantle systemic racism.”

It is, of course, a not-so-subtle bid to buy votes using the currently popular code words “systemic racism” as a pledge that the Democrats will take steps to materially benefit blacks if the party wins the White House and a majority in the Senate. She ends her e-mail with an odd commitment, “I promise to keep fighting alongside all of you to make the United States a place where all men and all women are treated as equals, just as we are and just as we deserve to be.” The comment is odd because she is on one hand promising to promote the interests of one group based on skin color while also stating that everyone should be “treated as equals.” Someone should tip her off to the fact that employment and educational racial preferences and reparations are not the hallmarks of a government that treats everyone the same.

But if one really wants to dig into the depths of the Democratic Party soul, or lack thereof, there is no one who is better than former U.N. Ambassador and Secretary of State under Bill Clinton, the estimable Madeleine Albright. She too has written an e-mail that recently went out to Democratic Party supporters, saying:

“I’m deeply concerned. Donald Trump poses an existential threat to our standing in the world and continues to threaten the decades of diplomatic progress we had made. It is easy to forget from the comfort of our homes that for many people, America is a beacon of hope and opportunity. We’re known as a country that keeps our promises and upholds justice and democracy, and that didn’t just happen overnight. We’ve spent decades building our nation’s reputation on the world stage through careful, strategic diplomacy — but in just under four years, Trump has done unspeakable damage to those relationships and has insulted even our closest allies.”

Albright, who is perhaps most famous for having stated that she thought that the deaths of 500,000 Iraqi children due to U.S. imposed sanctions was “worth it,” is living in a fantasy bubble that many politicians and high government officials seem to inhabit. She embraces the America the “Essential Nation” concept because it makes her and her former boss Bill Clinton look like great statesmen. She once enthusednonsensically that “If we have to use force, it is because we are America; we are the indispensable nation. We stand tall and we see further than other countries into the future, and we see the danger here to all of us.”

Madeleine Albright’s view that “America is a beacon of hope and opportunity…known as a country that keeps our promises and upholds justice and democracy” is also, of course, completely delusional, as opinion polls regularly indicate that nearly the entire world considers the U.S. to be extremely dangerous and virtually a rogue state in its blind pursuit of narrow self-interest combined with an unwillingness to uphold international law. And that has been true under both Democratic and Republican recent presidents, including Clinton. It is not just Trump.

Albright is clearly on a roll and has also submitted to a New York Times interview, further enlightening that paper’s readership on why the Trump administration is failing in its job of protecting the American people. The questions and answers are singularly, perhaps deliberately, unexciting and are largely focused on coronavirus and the new world order that it is shaping. Albright faults Trump for not promoting an international effort to defeat the virus, which is perhaps a bridge too far for most Americans who are not even very receptive to a nationally mandated pandemic response, let alone one requiring cooperation with “foreigners.”

Albright’s persistence as a go-to media “expert” on international relations is befuddling given her own history as an integral part of the inept foreign policy promoted by the Clinton Administration. She and Bill Clinton became cheerleaders for an unnecessary Balkan war that still resonates and were responsible for what was possibly the greatest foreign policy blunder (with the possible exception of the Iraq War) since the Second World War. That consisted of ignoring the commitment to post-Soviet Russia to not take advantage of the 1991 end of Communism by expanding U.S. or NATO military presence into Eastern Europe. Clinton/Albright reneged on that understanding and opened the door for many of the former Soviet allied states to enter NATO, thereby introducing a hostile military presence right up to Russia’s border.

Simultaneously, the U.S. enabled the election as Russian president of the hapless drunk Boris Yeltsin, who, guided by advisers sent by the White House, oversaw the western looting of his country’s natural resources. The bad decision-making under the Clintons led inevitably to the rise of Vladimir Putin as a corrective, which, exacerbated by Hillary Clinton as Secretary of State and a maladroit Donald Trump, has in turn produced the poisoned bilateral relationship between Washington and Moscow that currently prevails.

So, one might reasonably suggest to Joe Biden that if he really wants to get elected in November it would be a good idea to keep the Clintons, Albright and maybe even Obama carefully hidden away somewhere. Albright’s interview characteristically concludes with her plan for an “Avengers style dream team” to “fix the world right now.” She said that “Well, it certainly would be a female team. Without naming names, I would really try to look for women who are in office, both in the executive and legislative branch. I would try to have a female C.E.O., but also somebody who heads up a nongovernmental organization. You don’t want everybody that’s exactly the same. Oh, and I’m about to do a program for the National Democratic Institute with Angelina Jolie, and she made the most amazing movie about what was going on in Bosnia, so I would want her on my team.”

No men allowed and a Hollywood actress who is regarded as somewhat odd? Right.

0 thoughts on “Democratic Party Boosters Have Little to Offer”