Bari We Hardly Knew You 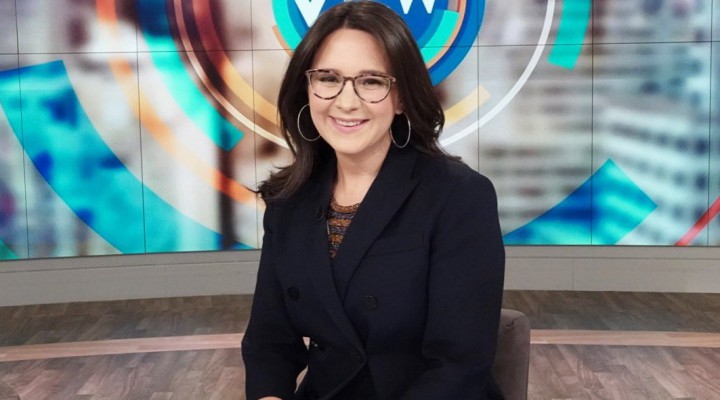 This week’s resignation of neoconservative journalist Bari Weiss from the position of staff editor and contributor on the opinion page at The New York Times provoked considerable discussion both for and against her. Her resignation letter, which was quickly made public, depicts her as a brave non-conformist, a “conservative” among liberals (though she describes herself as a “centrist”), and someone who was willing to write stories that others at the Times would not touch. She was particularly critical of the dominant progressive “group think” at the management levels of the newspaper which created a “hostile environment” that did not tolerate any alternative viewpoints on breaking stories.

The resignation came shortly after the “scandal” at the newspaper that had led to the firing of opinion page chief editor James Bennet in June. Bennet was forced to walk the plank after a piece by Senator Tom Cotton appeared that advocated using military force to put down the unrest that is sweeping America’s cities. “Using military force” is apparently equivalent to “shooting demonstrators” in New York Times-speak, so when Bennett admitted that he had not even read the op-ed, he had to go for approving a piece that “did not meet the Times’ standards.”

Admittedly, Weiss makes some shrewd points about the state of journalism in the United States and how it has become a sounding board for what is appearing on Twitter. To her credit, she has been openly critical of the so-called “cancel culture” which seeks to restrict the free exchange of information and ideas,  but she is also very selective about her own record. She claims that she was derided as a “Nazi, a bigot and a racist” because she questioned the reporting on issues like BLM and was not “inclusive” enough. But while she rightly decries what she describes as the tribalism of the corporate mainstream media, she does so without recognizing that she too has her own particular tribal allegiance. She makes a point of implying that she was the victim of anti-Semitism, accused of “writing about Jews again,” without any recognition that she herself has been a strident hardline apologist for Israel and for Jews in general in a journalism world that has been over-populated by mostly liberal Jews for many years.

Bari Weiss’s letter included an overwrought description of Pulitzer Prize winning black writer Alice Walker, author of The Color Purple, as “a proud anti-Semite who believes in lizard Illuminati,” suggesting that she does indeed nurture an agenda focused on Jewish-related issues. Glenn Greenwald recalls how she, in 2012, speaking before a conference of the American Zionist Movement, stated that she had dedicated herself to the “connection between advocacy journalism and Zionism.”  Greenwald has also documented how she, starting when she was a sophomore at Columbia, was in the forefront of efforts to silence all criticism of Israel, particularly that which was allegedly coming from professors of Arab background. He observes that her objective was no less than “trying to suppress criticisms of Israel from college campuses… Anyone remotely familiar with the wars over the Middle East Studies Department at Columbia University, in which Weiss played a starring role, knows that her claim here — that the campaign was just a benign attempt to protect students’ rights — is utterly false. The campaign was designed to ruin the careers of Arab professors by equating their criticisms of Israel with racism, anti-Semitism, and bullying, and its central demand was that those professors (some of whom lacked tenure) be disciplined for their transgressions… That the campaign against these Arab professors was about suppressing criticisms of Israel and intimidating and punishing professors who voiced such criticisms was barely hidden. The New York Civil Liberties Union — historically reluctant to involve itself in disputes involving Israel — strongly condemned the campaign against these Arab professors at Columbia that Weiss helped to lead.”

Given all the pressure from Weiss and her associates, as well as threats from prominent Jewish donors to the college, the university investigated the charges. It found that “… for several years, after pieces appeared in the tabloid press blasting the department as anti-Israel, many non-students, clearly hostile and with ideological agendas, had been attending classes in the [Middle East Studies] department, interrupting lectures with hostile asides and inhibiting classroom debate.” All the professors were cleared of the charges leveled against them and the report concluded that they had been the victims and not the perpetrators of an organized harassment campaign.

Weiss, the epicenter of the campaign of vilification and academic censorship, was furious at the exoneration of the instructors and both held a press conference to denounce the findings while also organizing demonstrations by Jewish students. She complained that the issue of “large scale intimidation of pro-Israel students” had not been addressed.

Weiss was hired by The Times in 2017 around the same time that the much better-known Jerusalem Post and Wall Street Journal alumnus Bret Stephens was also brought on board. Both she and Stephens are unflinching in their support of Israel and they joined a Times staff that was hardly anti-Israeli. The Times for long has been something like an uncritical sounding board for the Israeli Ministry of Foreign Affairs, but recently, it has indeed allowed some pieces by Tom Friedman and others that are critical of the Israeli plan to annex much of the Palestinian West Bank. But the arguments are always framed around the premise that the move would be “bad for Israel,” leaving the Palestinian victims on the sidelines as hapless observers of the deliberations.

In retrospect, it is difficult to understand what the stink over Bari Weiss is all about, apart from the fact that she is clearly engaging in self-promotion to get another job. A quick perusal of the list of her undistinguished NYT articles does indeed suggest that roughly half of what she wrote was either about Israel or Jews. As an editor, she commissioned interviews and op-eds by people that she may have considered either “centrist” or “conservative,” but, again, she, and they, hardly had much impact. Whatever her “new perspective” was perceived to be by NYT management when she was hired is somewhat elusive.

Sure, the print media in the United States is run largely by progressives and is subject to groupthink on most issues, but that has been the case since before Weiss arrived and will continue to be so long after she is gone. And she won’t have to worry about pleasing her key constituency. Bret Stephens can continue to beat the drum for Israel at The New York Times in her absence.

0 thoughts on “Bari We Hardly Knew You”