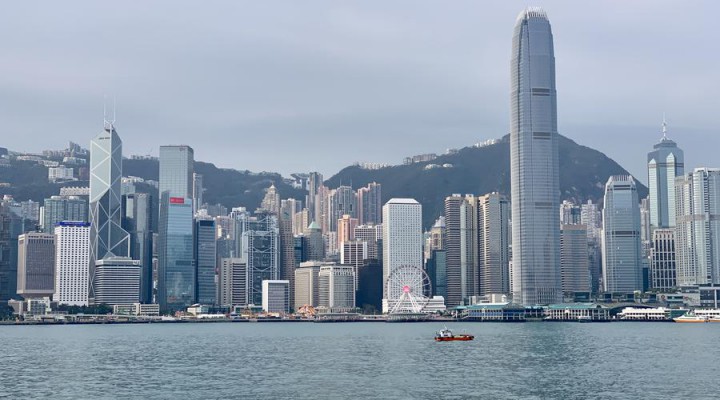 It’s quite refreshing to take a break from doom and gloom and forget about black blocs trying to destroy Hong Kong’s economy.

A graphic illustration that serious business will proceed as usual is being offered this week by a forum, “Guangdong-Hong Kong-Macao Greater Bay: New Horizon for China’s Reform and Opening Up of One Country, Two Systems”.

The Greater Bay Area is essentially the integrated vision for one of China’s three, key 21st century development nodes, centered on the south: the other ones are around Shanghai and Beijing.

Particularly interesting is how foreign guests at the forum are focusing way beyond the troubles of the Carrie Lam administration in placing the role of Hong Kong amid this massive trade and connectivity project.

Kishore Mahbubani from the Lee Kuan Yew School of Public Policy at the National University of Singapore, an active conceptualizer of the Asian Century, stressed that the transborder Greater Bay Area is crucial not only for southern China and Asia, but as an example for the whole world.

Thailand’s Deputy Prime Minister Somkid Jatusripitak even advanced a concise reading of the Southeast Asian road-map in connection with the Greater Bay Area.

Thailand hosts the ASEAN summit next week, which among other key issues will also discuss progress of the Regional Comprehensive Economic Partnership (RCEP), the all-Asian trade pact that is bound to be implemented instead of the defunct TPP previously engineered by the Barack Obama administration.

Ministers from the 16 nations negotiating RCEP met again in Bangkok last month. The extremely complex negotiation should, in theory, be completed before the end of the year.

Somkid totally identifies the connection between the RCEP and the New Silk Roads, or Belt and Road Initiative (BRI) – whose projects span most of Southeast Asia and now involve nearly 130 nations across the Global South.

ASEAN constitutes not only a hefty market in itself and an essential supply chain node, but it also carries the potential of becoming the central node of RCEP.

The EEC, east of Bangkok and near the top of the Gulf, will being configured as a major production base and a logistics hub in Southeast Asia. Somkid, one of the economic heavyweights in the Prayut government, said the EEC is “already connected to the GBA, which is part of BRI”.

So, it’s no wonder that Somkid expects that Thailand, Cambodia, Laos, Myanmar and Vietnam will become an interconnected economy as early as next year, integrating mainland Southeast Asia into a China-driven global supply chain.

The current forum should be interpreted as a follow-up to the fourth annual Hong Kong Belt and Road Summit last month – which drew nearly 6,000 guests – and virtually accelerated Hong Kong’s integration with BRI.

The road-map is now crystal clear, integrating GBA, RCEP and BRI. No black bloc pressure will subvert it.