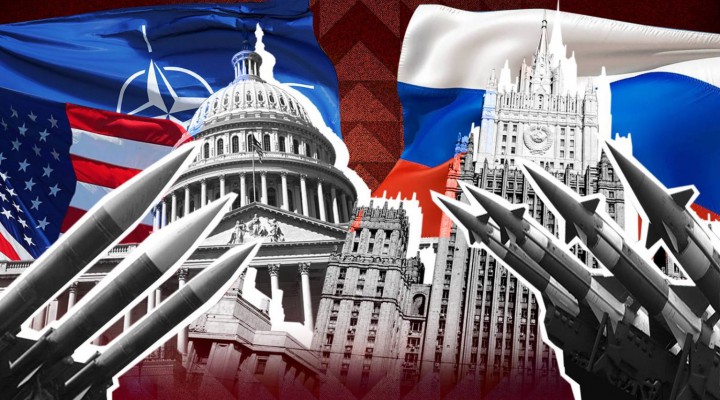 GEOFOR: Sir, what’s your view of the prospects of the conflict between Russia and Ukraine?

Dr. Roberts: The future prospects depend entirely on the Kremlin. The situation in Ukraine can radically change if the Kremlin realizes it is at war and not involved in a limited operation and makes the decision to win the war. So far the Kremlin maintains, despite extensive US and NATO involvement, that Russia is conducting a limited military operation to protect Donbass Russians from being slaughtered by Ukrainian neo-Nazis. Consequently, the Kremlin has done very little to prevent Kiev and its Western allies from conducting war against the Russian forces and attacking the territories recently reincorporated into Russia. So the Kremlin is now fighting on Russian territory. Not long ago Putin said that Russia would never again fight on her own territory. Yet Russia is. As long as the Kremlin refrains from attacking Kiev’s ability to wage war, the war will continue, and it will continue to widen. Already the war has gone from the West supplying weapons and financial aid to intelligence and targeting information, to US troops deployed on Ukraine’s border, to the attack on the Crimea bridge, to the destruction of the Nord Stream pipelines, to the addition of Finland and Sweden to NATO, to the reformulation of US nuclear doctrine to permit first use of nuclear weapons against a non-nuclear threat. Clearly, the mistaken attempt to limit the war has greatly expanded it by allowing the conflict to drag on and on, thus enabling increasing Western involvement.

GEOFOR: What are the consequences of the conflict being dragged out, and was the revision in US nuclear doctrine permitting the use of nuclear weapons in the absence of a nuclear threat was one consequence?

Dr. Roberts: In my considered opinion the purpose of loosening Washington’s constraints on the use of nuclear weapons is to put more pressure on the Kremlin. The purpose of the revision is to tell Russia that if the US decides a Russian victory in Ukraine is a threat to US national interest, the US can use nuclear weapons to prevent a Russian victory. Washington has seen so much of what Washington regards as Kremlin hesitancy, unpreparedness, and half-hearted commitments to the conflict, such as too few troops and no reserves, that Washington has decided to apply more pressure on the Kremlin. By permitting a long drawn-out conflict, the Kremlin gave the West the time it needed to take the initiative in the conflict. The West now sees Russia as reacting to Western propaganda and initiatives. When the attacking party loses the initiative defeat follows.

GEOFOR: In view of the vast superiority of Russian military capability over the Ukraine, what, in your opinion, explains the length of the conflict and the Russian withdrawals from Kherson and the Kharkov areas?

Dr. Roberts: The Kremlin’s basic mistake was to regard its intervention as a legalistic rather than a strategic matter. The Kremlin was concerned not to open itself to being labeled a war criminal by attacking Ukraine. Therefore, Russia went to the aid of independent republics who were under attack. The purpose was to protect the Donbass populations, not to defeat Ukraine. This is permissible and is not considered an attack on the Ukraine. It is unclear why the Kremlin thought the West would refrain from calling Russia’s intervention an “invasion of the Ukraine.”

The limited intervention was a strategic mistake. The Kremlin somehow overlooked that Washington, having forced the Russian intervention, would not allow the conflict to be limited. Much had been said and written in US foreign policy circles about involving Russia in a “Vietnam” in the Ukraine in order to break off European business deals with Russia and growing energy dependence, both of which threatened Washington’s hold on its European empire.  Apparently, the Kremlin paid no attention to this dimension of the situation.

Additionally, the Kremlin intervened with insufficient forces and no reserves, leaving the Russian forces with insufficient troops to hold existing lines and continue the offensive. This mistake permitted the Ukraine to seize the initiative and launch counter-offensives that have been presented in the West as Russian defeats. These “defeats” have emboldened more crossings of Russian red lines and more serious provocations.

What the Kremlin needed was a quick decisive victory over the Ukraine with a Russian imposition of peace terms dividing the country as the winner–Russia–saw as necessary for Russian security. Such a clear decisive victory would have deprived Washington of the opportunity to get the West involved and most likely would have discouraged Europe from contemplating military conflict with Russia. Indeed, I suspect NATO would have broken up instead of expanding. Instead, what the West has seen is unenforced Russian red lines, indecision, and a Russian military that can be defeated. And still the Kremlin fails to see the impracticality of its “limited operation.”

It is the limited operation that is the cause of an ever widening war.

A new development might cause the war to widen into a direct US/Russia conflict. The small number of soldiers with which the Kremlin entered Donbass and the extraordinary amount of time it is taking to reinforce these troops is causing Washington to wonder if Russia really has a standing army. The Russian military must have known for some time that Russia had insufficient troops in the field to both defend existing lines and continue its offensive. Yet, in place of reinforcements, there are embarrassing withdrawals and retreats. Kherson, an important city of psychological value, now a Russian city, had to be given up to the Ukrainian Nazis. Russia’s loss of Kherson has made Washington much more confident that the Russian military can be defeated on the battlefield. Washington is no longer certain that Russia even has a one million man standing army or any defense of her homeland other than nuclear weapons.

Who are the Ukrainian integral nationalists?

Russian Ops in Ukraine – Update: What is the Goal & is Moscow Achieving it?