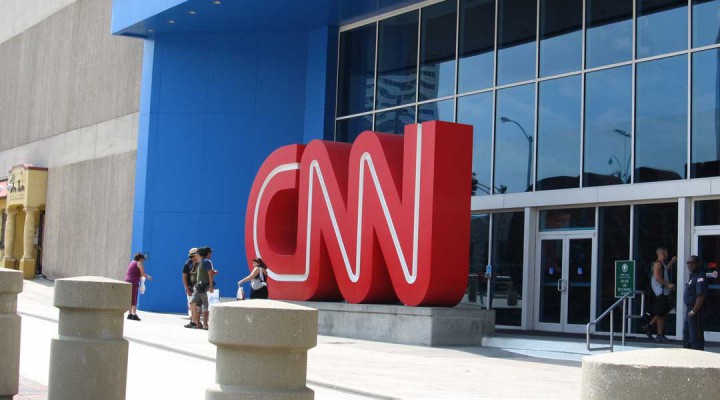 Here are two more reasons America is exceptional: the news consists of lies and the function of the Justice Department (sic) is to frame innocent people.

CNN abandoned journalism and became a propaganda ministry for the Democratic National Committee and the corrupt upper echelons of the CIA and FBI. After three years of telling the most outrageous lies ever associated with an alleged news organization in an alleged democracy, CNN’s viewership collapsed. CNN turned propaganda ministry saw its primetime viewers shrink by 40%. Even insouciant Americans could see that CNN was nothing but a lie factory.One would have thought CNN would have learned a lesson. But apparently not. The scum or fools, whichever it is, that runs CNN decided instead to tell even more lies. The propaganda ministry concocted an even less believable story than the ones that had driven away 40% of CNN viewers. The story “reported” by Alex Marquardt goes as follows:

Assange, being a Russian spy, turned the Ecuadorian embassy in London where he had asylum into a command post for arranging a US presidential election outcome that pleased the Russians. Marquardt spins a fantasy of how Assange from his embassy base, undeterred by Ecuadoran President Correa or the Ecuadoran ambassador to the UK, and aided with deliveries of hacked materials and suspicious meetings with Russians and world-class hackers, undermined the American presidential election.

This gibberish from CNN comes after US Federal District judge Dabney Friedrich ruledthat Mueller’s claim in his report of Russian “sweeping and systematic” meddling in the US election is nothing but an unsubstantiated allegation that constitutes nothing but an evidence-free indictment, thereby being an invalid indictment. The judge ordered Mueller to stop making false claims.

In other words, the Mueller report came up with nothing. Somehow CNN managed not to tell its viewers this basic fact.

Rafael Correa, the President of Ecuador during most of Assange’s asylum, branded the CNN story as “rubbish,” the purpose of which is to make the American people believe the obvious frameup of Assange that Washington is planning for him:

“What CNN and other media are saying is rubbish, but we’re used to it. They are prepping for the show [trial]. The reason is, when they extradite Assange to the US and sentence him to life, they want the backing of the public. They are setting the stage.”

Here we have two more reasons America is exceptional. The news consists of lies, and the function of the US Department of Justice (sic) is to arrange show trials and frame innocent people.