HOME / WORLD / The Democrats Have Stolen the Presidential Election

The Democrats Have Stolen the Presidential Election 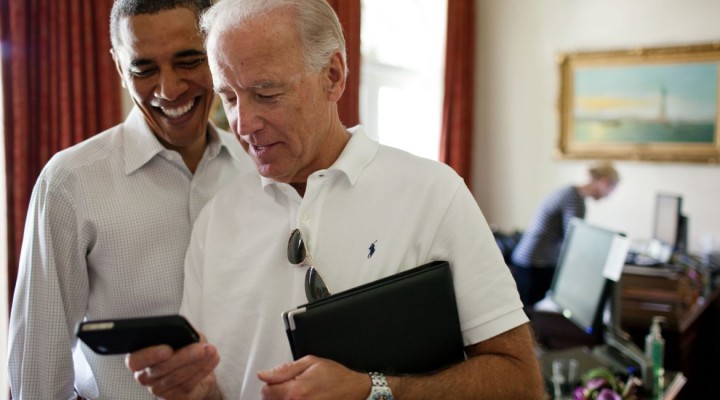 Interview with the European magazine Zur Zeit (In This Time):

A few months ago it looked like the re-election of Trump was almost certain, but now there was a close race between Trump and Biden? What happen during the last months?

In the months before the election, the Democrats used the “Covid pandemic” to put in place voting by mail.  The argument was used that people who safely go to supermarkets and resturants could catch Covid if they stood in voting lines.  Never before used on a large scale, voting by mail is subject to massive vote fraud.

There are many credible reports of organized vote fraud committed by Democrats.  The only question is whether the Republican establishment will support challenging the documented fraud or whether Trump will be pressured to concede in order to protect the reputation of American Democracy.

For those influenced by a partisan media that is denying the massive fraud that occurred, here is an overview of the elements of the fraud and the legal remedies.
https://www.unz.com/article/of-color-revolutions-foreign-and-domestic-the-first-72-hours/

It is difficult to know or to ensure that the ballots are actual ballots from registered voters.  For example in the early hours of the morning of November 4 large ballot drops occured in Michigan and Wisconsin that wiped out Trump’s lead. State officials have reported that people not registered—probably illegals—were permitted to vote.  Postal service workers have reported being ordered to backdate ballots that suddenly appeared in the middle of the night after the deadline. These techniques were used to erase Trump’s substantial leads in the states of Michigan, Wisconsin, Pennsylvania, North Carolina, and Georgia.

Digital technology has also made it easy to alter vote counts.  US Air Force General Thomas McInerney is familiar with this technology.  He says it was developed by the National Security Agency in order to interfere in foreign elections, but now is in the hands of the CIA and was used to defeat Trump. Trump is considered to be an enemy of the military/security complex because of his wish to normalize relations with Russia, thus taking away the enemy that justifies the CIA’s budget and power.

People do not understand.  They think an election has been held when in fact what has occurred is that massive vote fraud has been used to effect a revolution against red state white America.  Leaders of the revolution, such as Democrat Rep. Alexandria Ocasio-Cortez, are demanding a list of Trump supporters who are “to be held accountable.”  Calls are being made for the arrest of Tucker Carlson, the only mainstream journalist who supported President Trump.

In a recent column I wrote:

“Think what it means that the entirety of the US media, allegedly the ‘watchdogs of democracy,’ are openly involved in participating in the theft of a presidential election.

“Think what it means that a large number of Democrat public and election officials are openly involved in the theft of a presidential election.

“It means that the United States is split irredeemably. The hatred for white people that has been cultivated for many years, portraying white Americans as “systemic racists,” together with the Democrats’ lust for power and money, has destroyed national unity. The consequence will be the replacement of rules with force.”

Mainstream media in Europe claim, that Trump had “divided” the United States. But isn`t it actually the other way around, that his opponents have divided the country?

As the German newspaper editor Udo Ulfkotte revealed in his book, Bought Journalism, the European and US media speak with one voice— the voice of the CIA. The very profitable and powerful US military/security complex needs foreign enemies. Russiagate was a CIA/FBI successful effort to block Trump from reducing tensions with Russia.  In 1961 in his last address to the American people President Dwight Eisenhower warned that the growing power of the military/industrial complex was a threat to American democracy.  We ignored his warning and now have security agencies more powerful than the President.

The military/security complex favors the disunity that the Democrat Party and media have fostered with their ideology of Identity Politics.  Identity politics replaced Marxist class war with race and gender war. White people, and especially white heterosexual males, are the new oppressor  class. This ideology causes race and gender disunity and prevents any unified opposition to the security agencies ability to impose its agendas by controlling explanations.  Opposition to Trump cemented the alliance between Democrats, media, and the Deep State.

It is possible that the courts will decide who will be sworn into office at January 20, 2021. Do you except a phase of uncertainty or even a constitutional crisis?

There is no doubt that numerous irregularities indicate that the election was stolen and that the ground was well laid in advance.  Trump intends to challenge the obvious theft. However, his challenges will be rejected in Democrat ruled states, as they were part of the theft and will not indict themselves.  This means Trump and his attorneys will have to have constitutional grounds for taking their cases to the federal Supreme Court. The Republicans have a majority on the Court, but the Court is not always partisan.

Red state Americans, on the other hand, have no such fear. They understand that they are the targets of the Democrats, having been defined by Democrats as “racist white supremacist Trump deplorables.”

The introduction of a report of the Heritage Foundation states that “the United States has a long and unfortunate history of election fraud”. Are the 2020 presidential elections another inglorious chapter in this long history?

This time the fraud is not local as in the past.  It is the result of a well organized national effort to get rid of a president that the Establishment does not accept.

Somehow you get the impression that in the USA – as in many European countries democracy is just a façade – or am I wrong?

You are correct. Trump is the first non-establishment president who became President without being vetted by the Establishment since Ronald Reagan.  Trump was able to be elected only because the Establishment thought he had no chance and took no measures to prevent his election.  A number of studies have concluded that in the US the people, despite democracy and voting, have zero input into public policy.

Democracy cannot work in America because the money of the elite prevails. American democracy is organized in order to prevent the people from having a voice. A political campaign is expensive.  The money for candidates comes from interest groups, such as defense contractors, Wall Street, the pharmaceutical industry, the Israel Lobby.  Consequently, the winning candidate is indebted to his funders, and these are the people whom he serves.

European mainstream media are portraying Biden as a luminous figure. Should Biden become president, what can be expected in terms of foreign and security policy, especially in regard to China, Russia and the Middle East? I mean, the deep state and the military-industrial complex remain surely nearly unchanged.

Biden will be a puppet, one unlikely to be long in office.  His obvious mental confusion will be used either to rule through him or to remove him on grounds of mental incompetence. No one wants the nuclear button in the hands of a president who doesn’t know which day of the week it is or where he is.

The military/security complex needs enemies for its power and profit and will be certain to retain the list of desirable foreign enemies—Russia, Iran, China, and any independent-inclined country in Latin America. Being at war is also a way of distracting the people of the war against their liberties.

What the military/security complex might not appreciate is that among its Democrat allies there are some, such as Representative Alexandria Ocasio-Cortez, who are ideological revolutionaries.  Having demonized red state America and got rid of Trump (assuming the electoral fraud is not overturned by the courts), Ocasio-Cortez and her allies intend to revolutionize the Democrat Party and make it a non-establishment force. In her mind white people are the Establishment, which we already see from her demands for a list of Trump supporters to be punished.

I think I’m not wrong in assuming that a Biden-presidency would mean more identity politics, more political correctness etc. for the USA. How do you see this?

Identity politics turns races and genders against one another. As white people—“systemic racists”—are defined as the oppressor class, white people are not protected from hate speech and hate crimes.  Anything can be said or done to a white American and it is not considered politically incorrect.

With Trump and his supporters demonized, under Democrat rule the transition of white Americans into second or third class citizens will be completed.

How do you access Trump’s first term in office? Where was he successful and where he failed?

Trump spent his entire term in office fighting off fake accusations—Russiagate, Impeachgate, failure to bomb Russia for paying Taliban to kill American occupiers of Afghanistan, causing Covid by not wearing a mask, and so on and on.

That Trump survived all the false charges shows that he is a real person, a powerful character. Who else could have survived what Trump has been subjected to by the Establishment and their media prostitutes.  In the United States the media is known as “presstitutes”—press prostitutes.  That is what Udo Ulfkotte says they are in Europe. As a former Wall Street Journal editor, I say with complete confidence that there is no one in the American media today I would have hired.  The total absence of integrity in the Western media is sufficient indication that the West is doomed.

The Democrats Have Stolen the Presidential Election

The Media Know There Was Vote Fraud So Why Do The Presstitutes Deny The Obvious?

The West Has Thrown Itself Into the Waste Basket of History

There has been a revolution against red state America, not an election

0 thoughts on “The Democrats Have Stolen the Presidential Election”