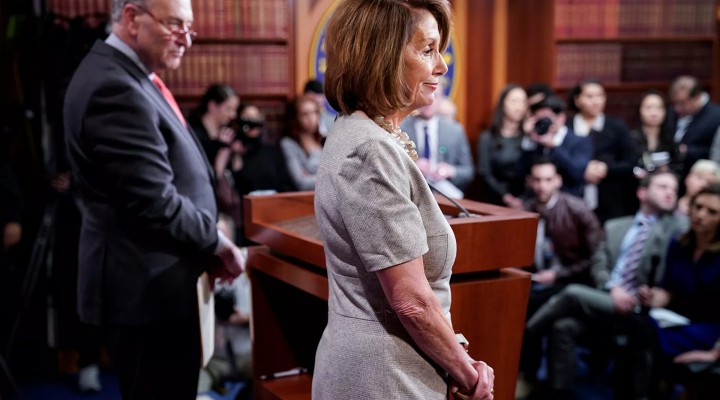 Senate Democrats have linked the Capitol protests anniversary to the necessity to pass the Freedom to Vote Act and the John Lewis Voting Rights Advancement Act as soon as possible. Former Reagan administration official Dr Paul Craig Roberts has weighed up Chuck Schumer’s chances of overhauling the US election system.

Senate Majority Leader Chuck Schumer announced earlier this week that the upper chamber would vote on whether to change the Senate rules on or before 17 January, Martin Luther King Jr. Day, if Republicans derail voting rights legislation again. GOP lawmakers have repeatedly blocked the Dem-sponsored voting bills in the evenly split Senate through the filibuster, which requires 60 votes to override in order to advance most legislation in the chamber.
In a letter to his Democratic colleagues, Schumer underscored that the proposed legislation is a response to the Capitol breach, the “big lie” about the allegedly rigged 2020 elections, and new voting restrictions adopted by Republican-led state legislatures across the country.

Why GOP is Sceptical About Dems’ Voting Rights Bills

If Democrats succeed in passing the Freedom to Vote Act and the John Lewis Voting Rights Advancement Act, “voting in America would be pointless”, deems Dr Paul Craig Roberts, a former Wall Street Journal editor and ex-assistant secretary of the Treasury under Ronald Reagan. According to him, new election rules would allow Dems to cheat through unsolicited mail-in and absentee ballots and weaponise illegal immigrant votes to tip the balance in the Democratic Party’s favour.

Opponents of the voting rights bills argue that the two pieces of legislation would de facto mean “a federal power grab”, limiting US states’ right to define the time, place, and manner of holding elections. Thus, the John Lewis Voting Rights Advancement Act would obligate states to pre-clear certain changes to their voting laws with the federal government, while the Freedom to Vote Act would standardise election rules nationwide.

To complicate matters further, the proposed voting legislation could potentially invite election fraud on a massive scale through loosened ID rules, according to US conservatives. They argue, for instance, that:

· enhanced nation-wide voting by email could amplify election irregularities and erode the integrity of the voting process;

· same day voter registration requiring the state to register a person to vote immediately upon request, even on election day, would limit time for verification of voters’ personal information;

· automatic registration would mean that every person who partakes in certain government programmes would be automatically added to voter registration rolls regardless of whether they’re eligible to vote.

How It All Began

The Freedom to Vote Act is a revamped version of the Democratic Party’s For the People Act, originally introduced in 2019 – well before the Capitol breach, “big lie”, and GOP-backed ID laws mentioned by Senate Majority Leader Schumer on 3 January.

The initial version of the For the People Act was passed in the House on 8 March 2019, but stalled in the upper chamber, being denounced by then-Senate Majority Leader Mitch McConnell as a one-party power grab. In addition to loosening ID election rules nationwide, the bill also envisaged granting statehood to Washington, DC, a Democratic stronghold which could have automatically given the Dems additional seats in both congressional chambers. The bill also sought to establish the so-called “rules of ethics” binding on the Supreme Court, which would have curbed the court’s independence or even “neutered” it, thus making a Dem-led government “unaccountable”, as Dr Roberts suggested in November 2020.

On 7 November 2020, Hans von Spakovsky, American attorney and a former member of the Federal Election Commission (FEC), revealed in an interview with Fox News’ Mark Levine that ahead of Election Day, Democrats and their surrogates filed hundreds of lawsuits all over the country, trying to loosen election rules in line with the party’s 2019 voting rights bill. According to von Spakovsky, under the pretext of the pandemic the Dems managed to get rid of security protocols and measures put in place by states to prevent fraud in the use of absentee and mail-in ballots.

After the 2020 general vote, Republicans denounced last-minute changes to state election rules and launched a series of countermeasures through GOP-led legislatures seeking to toughen ID rules, poll watchers’ powers and other “election integrity” provisions. According to the Brennan Centre for Justice, 19 states have enacted 33 laws to tighten election rules so far.

For top Democrats and Chuck Schumer the adoption of the voting rights bill has become a “do-or-die” task, according to Dr Roberts. “Schumer is fearful of the Democrats losing both House and Senate in the midterm elections”, he says.

Once the Democrats lose control over one or both chambers, they will be incapable of overhauling the US voting system. Schumer has signalled that he’s ready to change the upper chamber’s rules in order to “save democracy”, However, to change the rules without GOP support would require total unity from all 50 Senate Democrats. The question is whether maverick Democratic Senators Joe Manchin from West Virginia and Kyrsten Lea Sinema from Arizona will support Schumer’s plan.

“Most probably, Manchin and Sinema will be threatened and bribed into compliance”, deems Dr Roberts. “Otherwise, women will be forthcoming accusing [Manchin] of rape, or the IRS will bring charges of income tax evasion or money laundering [against them]. In the US, evidence is no longer a requirement. Look at the fabrications against Julian Assange”.

As of yet, however, Manchin has signalled that he would not support a unilateral partisan push for changing Senate rules, adding that it was his “preference” that any rule changes have Republican support.

“Being open to a rules change that would create a nuclear option, it’s very, very difficult. It’s a heavy lift”, Manchin told reporters on Tuesday. “I’m talking. I’m not agreeing to any of this. … I want to talk and see all the options we have open”.

Schumer’s announcement came on the eve of the Capitol breach anniversary. The Senate majority leader as well as left-leaning media outlets and pundits weighed in on the need to reform the US election system to prevent new possible “insurrections”.

Still, according to Dr Roberts, the Dems and MSM are unlikely to sell the voting rights bills as part of their “insurrection” narrative, which has largely faded over the past year.

“There was no ‘Trump Insurrection’ on January 6”, Dr Roberts says. “Trump was still speaking a long distance away from the Capitol at the Washington Monument. The entire proposition is absurd. A few hundred people allowed into the Capitol by the Capitol Police is an Insurrection?! What could such an Insurrection control? The military? The Congress? The White House? The radio and TV stations? The New York Times? No one who believes there was an ‘Insurrection’ on 6 January could possibly have an IQ above 50”.

Meanwhile, as the debate over election integrity between the Democratic and Republican parties is raging on, the real question is whether democracy exists today in the US, the former Reagan administration official underscores.

“Government is controlled by the powerful private interest groups that supply the campaign financing”, Dr Roberts emphasises. “Those elected are indebted to the campaign money men, not to voters”.