HOME / SOCIAL/CULTURAL / The Deep State and The Fourth Estate: Spies in Our Media, with Alan MacLeod

The Deep State and The Fourth Estate: Spies in Our Media, with Alan MacLeod 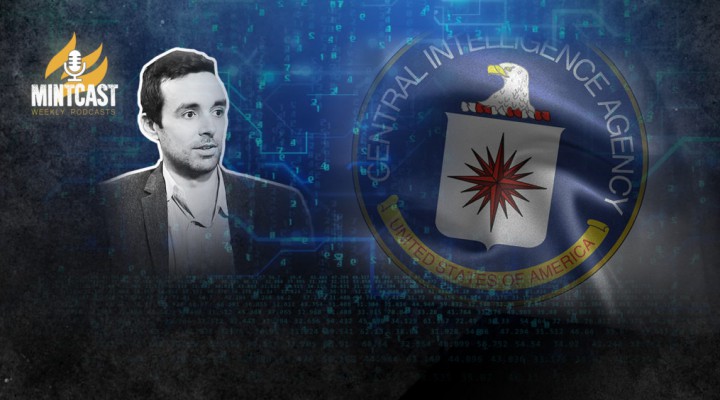 Our security services now appear so bold and confident that they openly do what was once only done in secret, including influencing and controlling so much of our mainstream, corporate media. Alan Macleod discusses his investigation into Reddit Director of Policy Jessica Ashooh and her connections to the deep state.

Independent journalist Caitlin Johnstone recently wrote that our security services now appear so bold and confident that they openly do what was once only done in secret, including influencing and controlling so much of our mainstream, corporate media.

News for so many Americans comes delivered through ex-CIA interns like Anderson Cooper (CNN), CIA-applicants like Tucker Carlson (Fox), or by the daughter of a powerful national security advisor, Mika Brzezinski (MSNBC).

In case anyone needs reminding, here’s a partial list of the ex-spooks who served as media figures in the Trump years: https://t.co/CJT8YGcvkN

Forty-four years ago, acclaimed journalist Carl Bernstein exposed how the CIA had planted more than 400 operatives into newsrooms across America, where they posed as journalists but were actually laundering national security state talking points. Today, there are increasing signs that the so-called “deep state” is attempting to do the same thing to social media.

In 2017, popular social media site Reddit made a particularly eyebrow-raising decision to hire Jessica Ashooh, a hawkish foreign-policy expert from the Atlantic Council, NATO’s semi-official think tank, as its director of policy, though Ashooh had no relevant experience running a social media company. Yet the hire was completely ignored by corporate media. Also ignored was the unmasking of a senior Twitter executive as an active duty member of the British Army’s 77th Brigade, its unit dedicated to online warfare and psychological operations.

The Atlantic Council also has deep ties with Facebook, its Digital Forensics Lab partnering with the Silicon Valley giant to help curate news feeds for its 2.8 billion global users. Earlier this year, Facebook also hired NATO’s former press officer as its intelligence chief, further cementing the relationship between the deep state and the fourth estate.

Jessia Ashooh: The Taming of Reddit and the National Security State Plant Tabbed to Do It

Our guest today has been cataloging these worrying connections in a series of articles for MintPress.

Alan MacLeod is a Senior Staff Writer at the company. He joined MintPress in 2019 after completing his Ph.D. at the Glasgow University Media Group. An expert in global media theory, he has published two books on the topic: “Bad News From Venezuela: 20 Years of Fake News and Misreporting,” and “Propaganda in the Information Age: Still Manufacturing Consent.”

Today we discuss Ashooh’s past and why it should trouble anyone who uses social media, as well as exploring the notorious intelligence service-linked and military-funded university department that is pumping out many of the world’s top journalists.

The Deep State and The Fourth Estate: Spies in Our Media, with Alan MacLeod

Jessia Ashooh: The Taming of Reddit and the National Security State Plant Tabbed to Do It

0 thoughts on “The Deep State and The Fourth Estate: Spies in Our Media, with Alan MacLeod”