HOME / Multimedia / Podcast: Chris Hedges on the Collapse of US Empire, Liberal Suicide and the Rise of Fascism 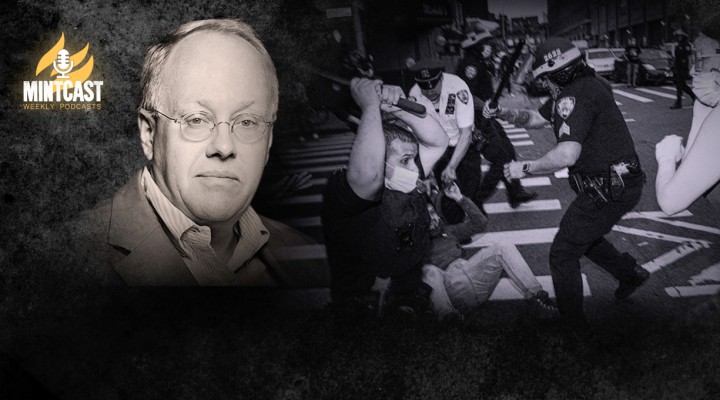 Chris Hedges joins MintCast to discuss the decline of US empire, the breakdown of society, the rise of militarized Christian fascism, and the discredited liberal class among other hard-hitting topics.

Welcome to MintCast — an interview series featuring dissenting voices the establishment would rather silence — with host Mnar Muhawesh Adley.

Joe Biden may have won the presidential election, but his victory masks a deeper rot within the American political system, one where both parties have become servants to increasingly powerful corporations, Wall Street, and the military industrial complex. The Democratic Party, in particular, presents itself to the public as a symbol of social justice and peace, yet is increasingly beholden to powerful interests.

Our guest today, Chris Hedges — has for years argued that the Democratic Party sold its soul  long ago and turned its back on the American people and that we Americans have been living through what he calls a “corporate coup d’etat in slow motion.”

Hedges is a Pulitzer Prize-winning journalist who spent nearly two decades as a foreign correspondent in Central America, the Balkans, and the Middle East, where he saw the bloody realities of the U.S. empire first hand. He hosts the show “On Contact” on RT and is the author of over a dozen books, the latest of which is “America: The Farewell Tour,” about the terminal decline of the United States.

0 thoughts on “Podcast: Chris Hedges on the Collapse of US Empire, Liberal Suicide and the Rise of Fascism”