Iran and Israel: A tale of conflicting PR strategies 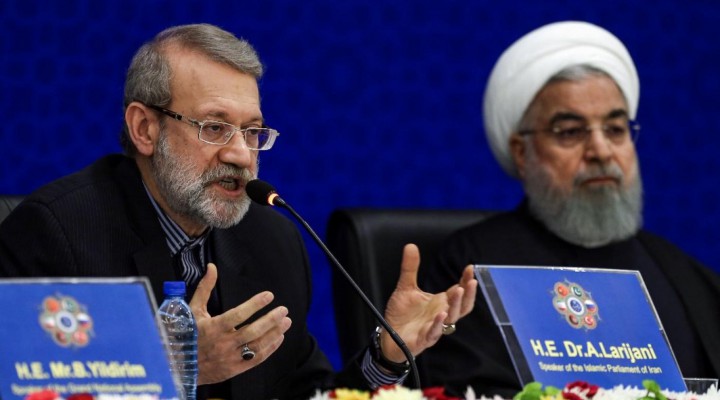 In February 2007, Iran’s chief nuclear negotiator, Ali Larijani, visited Rome for one of his frequent consultations with then-prime minister Romano Prodi. I had the privilege to attend that meeting and another more technical one on the wider Middle East agenda.

Larijani was pressed on the threat that the potential military dimension of Tehran’s nuclear programme posed to counter-proliferation efforts in the region, and especially to Israel, which viewed it as an existential threat.

Such fears had been heightened after the remarks (albeit mistranslated) by former Iranian President Mahmoud Ahmadinejad two years earlier that Israel must be “wiped off the map”.

At one point, Larijani said: “Let us admit for a moment that Iran is really pursuing a nuclear military programme; you really believe that we would be so crazy to use nuclear weapons against Israel, putting at risk also the lives of millions of Palestinians?”

It was a rare example of effective Iranian spin on a crucial issue, although expressed in a confidential talk.

Less than a year later, another confidential meeting took place in Rome between the then-head of the Mossad, General Meir Dagan, and Prodi, where the former presented Israel’s evidence about the military nature of Iran’s nuclear programme. A few months earlier, however, a US National Intelligence Estimate had dismissed this possibility.

Iran reflects a highly sophisticated culture, but it unfortunately has a poor capacity for public relations in the West

This meeting was also followed by a technical consultation that I led, during which I dropped the remark Larijani had made months earlier. Dagan did not even let me finish, and asked me assertively: “Do you know what the main places of worship of Shia Islam are?” I answered by pointing to the two holy shrines of Najaf and Karbala in Iraq after Mecca.

Dagan then asked: “And are you aware that during the Iran-Iraq war, the Iranians had no hesitation in ordering attacks against these two holy cities for all Shiites? So, you really believe that the concern for the Palestinians as potential collateral victims would prevent Iran to use their nuclear weapons against Israel?”

Being uncertain if those shrines had really been attacked, I did not press further. Later on, I discovered that such attacks had never occurred. In reacting to a seemingly sensible objection to the Israeli narrative on Iran, the chief of Mossad had not hesitated to mislead me.

Wrong words at the wrong time

These two events occurred more than a decade ago, but are still relevant because they denote a fundamental problem that affects both Iran and Israel and, most of all, any external support to potential negotiations.

Iran reflects a highly sophisticated culture, but it unfortunately has a poor capacity for public relations in the West. Sometimes, its multifaceted leadership excels in uttering the wrong words at the wrong time.

It rarely displays, with the notable exception of Foreign Minister Mohammad Javad Zarif, the capability to effectively explain to Western chancelleries and opinion-makers Iran’s solid arguments on the nuclear file – even now, when renewed tensions have boiled over due to the unjustified US withdrawal from the nuclear deal and the imposition of unilateral sanctions.

Tehran seems to assume that its audiences in the West possess in-depth knowledge of such a complex topic, painting a picture so nuanced that the Western mainstream media – which often fails to delve beyond the superficial – are unable or unwilling to absorb, let alone explain it to the public.

Had Iran devoted a fraction of the huge expenditures it has incurred to support its proxies in the region over the last four decades in favour of a professional Western public relations firm, its standing in the West today would surely be better.

Yet, even Israel shows some flaws in this regard: particularly, excessively applying the infamous principle that you’re “either with me or against me” – the tendency to react in an unnecessarily assertive way towards bona fide objections to some of its narratives, even when they are objectively preposterous.

In the case of Dagan in Rome in 2007, he did not hesitate to mislead, rather than try to convince, his Italian counterpart. Israel generally viewed the Prodi administration with suspicion because of its support, through negotiations towards a two-state solution, the fulfilment of Palestinian rights.

A few months before the meeting, Prodi also became the first European leader to publicly recogniseIsrael’s right to exist as a Jewish state. This confirmed Italy’s commitment to Israel’s security, even at the cost of incurring a negative reaction from the Arab-Palestinian community.

Unfortunately, this did not buy us a different attitude from Israeli top officials, as the conversation with Dagan sadly confirmed. This attitude is becoming self-damaging, as shown by the increasing tendency of Israel supporters to formulate ludicrous accusations of antisemitism against anyone who dares to criticise the merits of certain government policies.

Both the Iranian and the Israeli leaderships are deeply suspicious.

While Iran is too reticent, Israel is too loquacious. Tehran is convinced of the goodness of its arguments, but reluctant, unable, or perhaps resigned to the futility of the effort to defend them effectively.

Israel, equally convinced it is on the right side of history, too often defends its positions with counterproductive excess, sometimes alienating even its more authentic and loyal friends and supporters.

One is too passive, the other is too active: the result is an imbalance that complicates the lives of those genuinely committed to promoting a sound approach to the issues.

A Secret Meeting to Plot War?

0 thoughts on “Iran and Israel: A tale of conflicting PR strategies”