Green energy revolution could unite the Middle East – and the world 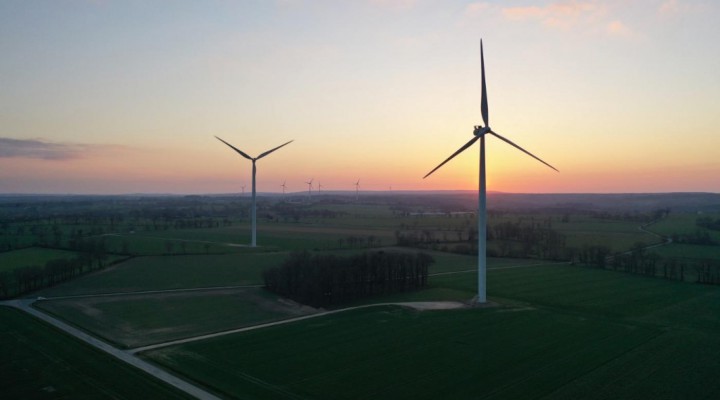 As climate change measures gain traction, countries around the globe need to cooperate and reject the usual temptation of zero-sum games

There are few doubts that the 21st century will be characterised by the struggle against climate change. The new Joe Biden administration in the US has given it top priority, with ambitious targets, such as carbon-pollution-free electricity generation by 2035 and net-zero emissions by 2050.

On his first day in office, President Biden had the US rejoin the Paris climate agreement. Former Secretary of State John Kerry has been appointed climate czar. At the same time, a $1.9tn stimulus package will boost the country’s recovery in the wake of Covid-19, and Biden is making massive investments in infrastructure and manufacturing, to be largely funded by corporate tax hikes.

Considering how the US has been economically managed over the last four decades, especially regarding corporate taxation, these decisions seem like a revolution. A core driving force is to move the country, and the rest of the world, towards a green economy.

Although in a more convoluted way and with far less resources, the EU is on the same path with its own recovery plan, known as Next Generation EU. After the global financial crisis, austerity measures and Covid-19, there are now marching orders for an epochal transformation – a Great Reset, as described by the Davos World Economic Forum. It is built around a global Green New Deal and a digital economy delivered by the Fourth Industrial Revolution, aiming to ambitiously “build back better”.

At the same time, top asset management companies are signing the Net Zero Asset Managers initiative, which commits them to environmental sustainability. More than 70 companies, including giants such as BlackRock and Vanguard, are notifying the businesses encompassed in their huge investment portfolios that climate change has become central to their investment strategies. Every business will have a binary choice: contribute towards zeroing emissions, or perish.

Yet, while this is a heartening perspective for current and future generations, it is also worth reflecting on some potential implications.

On 27 January, Biden signed an executive order on tackling climate change, affirming that “climate considerations shall be an essential element of United States foreign policy and national security”. Taken literally, this could suggest that any country that is not deemed sufficiently effective in reducing net emissions could be called a threat to the US, with all the potential consequences that entails.

The so-called rules-based international order (enforced by the US) could then see another benchmark added to the checklist of states’ compliance, together with the hegemony of the dollar as the reserve currency, the so-called Washington Consensus on economic management, the protection of human rights and fundamental freedoms, and all the other terms of reference for US global leadership.

Unfortunately, in the last three decades, these terms and tools have been progressively and selectively politicised, and often weaponised, sometimes with harmful double standards. Today, the US-led world order is openly contested and challenged.

Should such an extreme scenario play out, it would be reasonable to expect additional tensions in an already volatile international sphere. Although China is moving towards renewable energies, its transition might require more time; the same is even truer for Russia. Both are already high in Washington’s autocracies index. In addition, smaller and weaker countries may still be too dependent on fossil fuels to move speedily towards sustainable alternatives.

We could end up in a paradoxical situation where a necessary struggle to save the planet could trigger new tensions that ultimately complicate this important objective.

The risk would be the creation of first-, second- and third-class countries – green, grey and black respectively – with all the attendant tensions. This could significantly affect the Middle East, but also other fossil-fuel producers, such as Venezuela, Nigeria, Brazil and Mexico. Gulf countries have already made investments to prepare for such a transition, while others – Libya, Syria, Iraq, Iran and Egypt – are still struggling with conflicts, sanctions and poor governance.

The transition to renewable energies should be managed promptly and properly; otherwise, political, economic and social turmoil, with massive unemployment and potential new migration flows, could follow. This is not just a matter of will, but also of good governance when it comes to industrial and energy policies.

The massive availability of uninhabited lands in the MENA region offers huge potential for profitable and cost-effective wind and solar plants. New strategic partnerships could be formed across the shores of the Mediterranean, based on energy security promoted by renewable sources. What has not been achieved politically through the failed Euro-Mediterranean Barcelona Process a quarter-century ago, may now be accomplished through pragmatic and mutually satisfactory cooperation on renewable energies.

The US, EU, China, major UN agencies and the global donor community could preempt the systemic risks outlined above with massive investments, technical assistance and knowledge transfer to assist the more fragile MENA economies towards such a transition, without major economic disruptions. Some major European energy companies have already committed to such a path, including Italy’s Snam, which is active in hydrogen production from renewable sources located in North Africa that appear promising.

The major obstacles are the enduring conflicts, along with the political and economic tensions, in the region. These include, among others, the crises in Libya and Syria, the excessive autocracy in Egypt, the apparently never-ending political hibernation in Algeria, and the oil-and-gas wars in the Eastern Mediterranean. In the absence of a resolution, the latter could also affect future power grids charged with delivering renewable power. The perverse geopolitical clash over fossil fuels could replicate itself over renewable energies.

To remove such obstacles, major global stakeholders should cooperate and reject the usual temptation of zero-sum games.

The EU has a real chance to project sustainable growth along its turbulent southern and southeastern borders. It could tackle migration, stimulate job creation and improve its energy security through diversifying supplies, while also creating the proper framework to defeat radicalism. Yet, this will not be possible without concomitant efforts by MENA countries to improve their governance, starting by tackling endemic corruption and cronyism.

For the first time in decades, all the elements are in place for a win-win situation for all countries on both shores of the Mediterranean and beyond. Political vision combined with good intelligence will be crucial to accomplish it. To waste such a unique opportunity would be unforgivable.