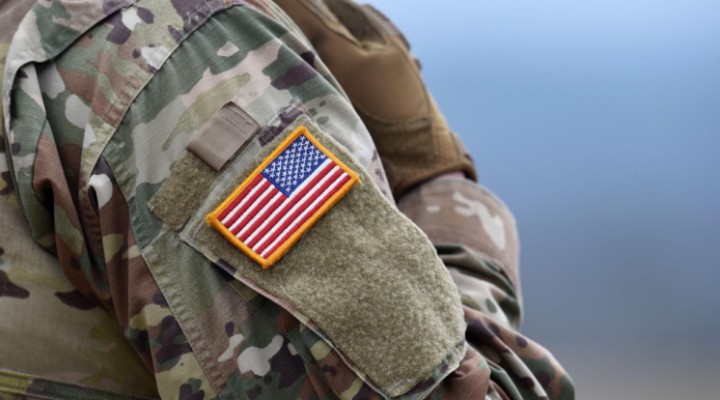 This document sheds light on how the Pentagon interacts with other U.S. authorities and how the U.S. military conducts such operations. Generally, it refers to operations outside the U.S., i.e., in other countries.

The manual states that “core responsibility during stabilization is to support and reinforce the civilian efforts of the USG lead agencies consistent with available statutory authorities, primarily by providing security, maintaining basic public order, and providing for the immediate needs of the population.

DOD’s role in the stabilization force is placed within the broader governmental context of laws, regulations, and policies related to the National Security Strategy, the U.S. Strategy to Prevent Conflict and Promote Stability, the Stabilization Assistance Review, and the National Defense Strategy”.

In other words, there are a number of policies and legislation that underlie U.S. military actions to intervene in other nations if they fall within the criteria outlined in those doctrines and statutes.

In general it is stated that:

“1) The United States and our partners need a new and more disciplined approach for conducting stabilization in conflict-affected areas. This approach includes analyzing risks and focusing our efforts on what is absolutely necessary to achieve stability, rather than pursuing disparate agendas all at once. A critical first step toward more harmonized stabilization efforts is agreeing on the core tenets of the concept itself. Despite significant international experience over recent decades, the concept of stabilization remains ill-defined and poorly institutionalized across government and multilateral structures. This lack of standardization in definition and process leads to repeated mistakes, inefficient spending, and poor accountability for results.

2) Policymakers want to be more selective and targeted about how we engage in stabilization environments to maximize the value of American and international taxpayer resources. The revitalized approach to stabilization outlined here can help target diplomatic engagement in these environments toward advancing a strategy connected to stabilization outcomes, enable greater sequencing and layering of assistance to support locally legitimate actors, achieve cost-saving efficiencies, and foster a better division of labor between the U.S. Government and international donors and institutions.

With these lessons in mind, State, USAID, and DoD have developed a refined definition of stabilization that can guide our efforts in this regard. We define stabilization as a political endeavor involving an integrated civilian-military process to create conditions where locally legitimate authorities and systems can peaceably manage conflict and prevent a resurgence of violence. Transitional in nature, stabilization may include efforts to establish civil security, provide access to dispute resolution, deliver targeted basic services, and establish a foundation for the return of displaced people and longer term development”.

Key players in U.S. foreign policy – the Pentagon, the State Department, and USAID, known for its support of color revolutions around the world – are noted.

It is said that “the United States is interested in conducting stabilization activities in one of the following countries: Iraq, Afghanistan, Syria, and Somalia; and countries/regions identified in the Global Insecurity Act (GFA): Haiti, Papua New Guinea, Libya, Mozambique, and the West African coastal region consisting of Benin, Côte d’Ivoire, Ghana, Guinea, and Togo”.

Half of these countries have previously been directly attacked by the U.S. and its NATO partners. Consequently, the U.S. government wants to carry out some measures to eliminate the consequences of its own presence.

Let’s pay attention to the basic tenets of the Stabilization Assistance Review (a framework document for maximizing the effectiveness of U.S. government stabilization efforts published on the U.S. State Department’s website in 2018) that has been mentioned.

It notes that “the U.S. Government should institutionalize a process by which we identify conflict-affected countries/regions that warrant increased attention, assess the U.S. interests and priorities for advancing stabilization in these countries/deliberate strategic planning to contend with stabilization challenges. Key criteria for determining whether, when, and how to pursue a stabilization mission should include the assessed U.S. national interest; national and local partner ownership; risks, constraints and opportunities in the operating environment; the level of risk we are willing to assume; and the level of sustained resources we are willing to commit.

… Successful stabilization begins with developing an outcome-based political strategy that outlines our core assumptions and achievable end states and guides all lines of effort — diplomatic engagement, defense, foreign assistance, and private sector engagement where appropriate — to ensure unity of purpose within the U.S. Government.

In those places of highest priority for stabilization, State, USAID, and DoD should work with the relevant U.S. Embassy, regional bureau, Combatant Commands, and other stakeholders to develop a political strategy for the stabilization mission.

Key elements to address in the political strategy include: partner nation goals and capacity; the defined U.S. Government interests and areas in which interests may compete; mapping key actors; desired political end states and objectives; the interests and goals of partners; anticipated resource requirements; the role of different U.S. Government actors and international donors; mechanisms for civil-military coordination; assessment of risks; and strategic analytics to track over time and measure progress”.

It is immediately striking that the U.S. assesses not the interests of conflict-affected countries and regions, but its own. At the same time, the responsibility is placed on the partners (presumably – on the leadership of those countries where stabilization operations will be performed). That is, the authorities always initially avoid responsibility for any failures and consequences, similar to those that we see in Iraq and Afghanistan. It is quite natural that Washington will do the same with regard to Ukraine, which it is now pumping weapons into.

It is significant that on the map of conflicts, where more than a thousand people have died in the last five years because of the fighting, Ukraine is present, but it is not mentioned at all in the document itself. Instead, it regularly mentions Afghanistan and the various programs that the U.S. has implemented there.

The more recent Strategy to Prevent Conflict and promote Stability (published in 2020) points to a change in the overall approach in the interventions the U.S. undertakes.

Indeed, the U.S. used to practice so-called “nation-building” – its own concept, imposed on other countries as the only correct recipe for the development of the state. Afghanistan is a perfect example of how correct and effective this model was. Of course, there the priority was given to all those liberal-democratic attitudes that exist in the U.S., without taking into account the cultural and religious specifics of the target country.

But in the new approach, again, the main interest is to ensure the security of the United States. Which factors will be chosen as contributing to instability depends entirely on the decision makers in Washington. There is no doubt that in Lebanon, for example, they will include the Hezbollah political party and their allies among such factors. But the Kurdish Self-Defense Forces in Syria, which Turkey considers a terrorist group and Syria itself, at least, an armed opposition, are unlikely to be on that list. Because these are forces that are used as proxies by the U.S. itself.

Let’s look at the goals specified in this strategy. The first, called “Prevention”, states that one of the objectives is to “develop and/or reinforce local, national, and regional early warning systems and early action plans, backed by preventative diplomacy”.

Let’s recall that preventative diplomacy is nothing more than a set of verbal threats to an actor. Although the UN website gives a milder formulation – “diplomatic actions aimed at preventing disagreements between parties, the escalation of existing disagreements into conflict, as well as to limit the spread of existing conflict”.

It can be misleading, as can the “Responsibility to Protect” doctrine, which, judging by the practice and reactions of a number of countries, is the exclusive prerogative of the West. Since none of the authors of this doctrine rushed to defend the Russian-speaking population in 2014 after the coup in Ukraine and the military repression that began in southeastern Ukraine, preventative diplomacy will also be directed against those countries and governments that are not clients and satellites of the United States.

The manipulation of NGOs and gender projects by the U.S. has long been known. And the authors here only emphasize these factors.

Other documents are also mentioned in the stabilization guide. One of them is the U.S. Strategy on Women, Peace and Security (last version released in June 2019).

It can be used as an additional justification for intervention, as all four lines of effort can be interpreted as justifying interventions.

Finally, the last key document mentioned is the Pentagon’s Irregular Warfare Directive No. 3000.07.

It states that IW-related activities will be integrated with the efforts of other U.S. Government (USG) agencies, foreign security partners, and selected international organizations by supporting:

As we can see, once again U.S. strategic interests are mentioned, but even the actions of special operations forces, whose prerogative is irregular warfare, indicate the clearly non-peaceful nature of the intentions themselves, not to mention the possible practical actions.

One thought on “U.S. “Peaceful” Interventions”