HOME / Politics / The Potential for Information and Cognitive Confrontation

The Potential for Information and Cognitive Confrontation 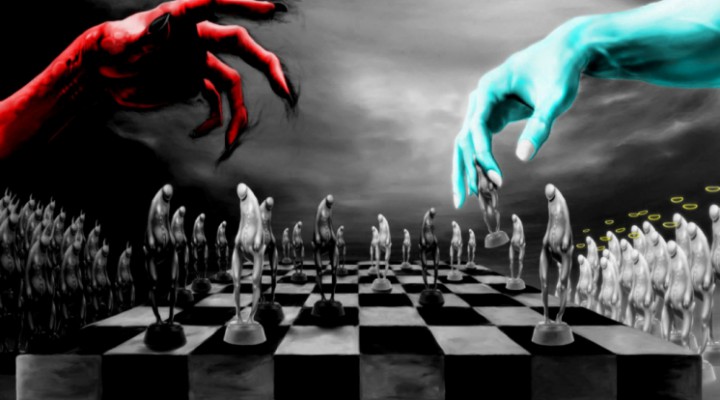 I recently came across an article by a retired American general in which he spoke vividly and quite convincingly (of course, referring to the Western reader for whom the publication was intended) about the weaknesses of the Russian army. Why did the author’s text seem impressive? Several arguments can be advanced here:

1) professionalism, since a military officer knows more than a civilian journalist;

2) timing, as the article came out after the withdrawal of some Russian troops from Ukraine, which was presented as a weakness;

The last point is very important, as it is the one that created the persuasiveness of the publication. Without it, the first point would have been a competent analysis, but one of many. And the second point could have been an obvious value judgement. But it was with the third paragraph that the article gained depth and credibility with readers.

The general spoke of the rather pathetic state of the Russian army in the 1990s (which is true), named the Russian officers he met and put their admiration for the US armed forces, organizational structure and discipline into their mouths. Whether this was the case or not is impossible to verify for western readers and for us. Moreover, the US general noted that the Russian contact person was later arrested for some corruption cases, which indirectly confirmed his words about problems in the Russian army.

In fact, there may be many more corruption stories and scandals in the US, and they are regularly reported on by the US media itself. But even when these news stories are reprinted by the Russian media, they look somehow aloof because they lack the personal stories that are essential to a good narrative.

Most scholars agree that narratives are uniquely compelling, though what constitutes the best narrative that particularly appeals to people remains an unresolved question. Walter Fisher’s descriptive paradigm (Fisher, WR (1984) Narrative as a human communication paradigm: The case of public moral argument. Communication Monographs 51, March: 1-22) goes beyond pure logic and rationality in assessing the quality and potential success of argument.

It argues that: (1) people are essentially storytellers; (2) the paradigmatic mode of human decision-making and communication is “good reasons,” which vary in form according to communication situations, genres and media; (3) the production and practice of good reasons are determined by questions of history, biography, culture and character, along with the kinds of forces that are identified in the Frentz and Farrell paradigm of language action; (4) rationality is determined by the nature of people as narrative beings – the inherent and (5) the world is a set of stories from which to choose in order to live a good life in the process of constant recreation.

Personal narratives shaped by life experiences seem key to our understanding of the narrative process. According to Somers, social life is ‘legendary’. The creation of meaning is a dynamic process in which personal narratives meet media narratives because “…we all become who we are… through being (usually unconsciously) in social narratives rarely created by ourselves” (Somers, M (1994) The narrative constitution of identity: A relational and network approach. Theory and Society 23(5): 605-649). Note that social narratives are not created by us but by someone else. That is, media, governments, think tanks, etc.

Obviously, studying open narrative processes and monitoring reactions to media narratives, which include both dialogue and protest, requires methods such as focus groups, audio diaries and in-depth interviews. A survey method cannot capture the situation in which each individual is involved or the audience’s interaction with or resistance to the media narrative (Baker, M 2007 Reframing conflict in translation. Social Semiotics 17(2): 151-169). It is not possible to ascertain whether narratives are interpreted as the media have suggested. Readers will shape their own narrative when reading a text, depending on their own personal narrative and the situation they are involved in.

However, even a cursory monitoring of Western media makes it clear that a “carpet bombing” method is now being used against Russia – a maximum number of different narratives from various authors in a wide variety of media and platforms, from search engines to specialised publications. Most of these are blatant propaganda hacks with numerous Cold War clichés (which are outdated) or manipulative techniques that play on the fears of everyday people. Nevertheless, there are some really catchy texts like the example above, where the general became the author of a personal story, which was presented at the right time in the right place.

And what prevents us from shaping such narratives, especially aimed at Western readers? I have personally heard many interesting stories from retired generals and colonels of the Russian armed forces about their official visits to the US, as well as various incidents (often presented with a sense of humour). Lack of English language skills among high-ranking officers? Lack of competence in presenting narratives? The very desire to write such a personal story? Probably all three factors together. Although there are no problems for content distribution – there are Russian English-language media outlets and various dissident platforms in the West, which will happily pick up such stories.

This problem needs to be addressed. And as soon as possible, with strategic planning in mind. It should be understood that in the opposing camp, all Russian information channels are scrutinised, constantly pointing out that our media conducts influence operations aimed at their ordinary people. Therefore, narratives with personal stories need to be credible and reflect the experiences of the target group, which requires a thorough analysis of social strata and a reference base of examples.

Centres of informational-psychological operations of the West. Part two

Informational-psychological operation centres of the West. Part One

0 thoughts on “The Potential for Information and Cognitive Confrontation”