Russian Federation in the post-pandemic world 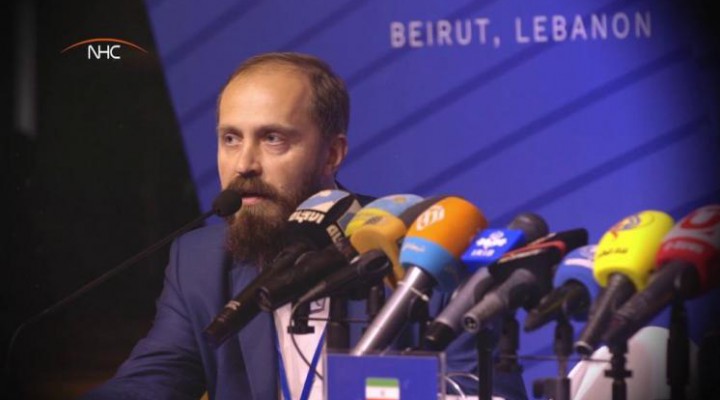 Andrea Turi interviewed Leonid Savin, geopolitical analyst, editor-in-chief of Geopolitica.ru, founder and editor-in-chief of the Journal of Eurasian Affairs, head of the administration of the international “Eurasian movement”, author of various books.

The following interview was used for the drafting of the article Asia in the post-pandemic world published on the Eurasia magazine website.

Mr. Savin thank you for your willingness to participate in this sort of round table on the future of Asia in the international scenario after the pandemic emergency. We will mainly deal with the Russian Federation with you. First, however, I ask you: what world do you imagine after the CoronaVirus?

From geopolitical point of view current pandemic of COVID-19 is just one more element in the frame of the reconfiguration of the world order. And it seems very effective if to speak about economies, trade chains, industrial sector, etc. Many are aware about the new horizons of the international system and collapse of liberalism. Unfortunately we see just now that few oligarchs (mostly in the US) have rise of the wealth during the lock-down when whole nations over the globe have suffered of the decrease. Should we recognize it as clear pattern of globalization? Probably yes. And plutocracy will survive so we can’t speak about end of the capitalism or neoliberal hegemony after coronavirus. Anyway I hope that during this crisis some business groups and national entities in many countries who are followers of the idea sovereign powers have experienced well and started (or will start) necessary actions.

In other hand after restrictions and efforts of the governments of different countries there will be more suspicious atmosphere both inside the countries and for outsiders. Lets remember how France grabbed sanitary masks sent as transit via this country.

Local communes, especially those effected by pandemic or/and state control will try to regain own rights and freedoms. Not forget about followers of religions who see the coronavirus pandemic as certain sign. These efforts will lead to new international nets of solidarity as well new type of borders inside our minds. Another important lesson is rise of counter-consumerism. Many people understood that they were engaged and framed by contemporary capitalist system but human is something more than just user of services and eater of products (in all senses). Lets see how it will be developed.

Let’s talk about Russian Federation. How will Russia emerge from this emergency instead? I mean on the economic, social, political and for what concerns its international image.

I think and sure that Russia started to deal with pandemic in late term. But better later than never. Regime of lock-down manifested some vulnerabilities of the health care system as well as social services. Problem is that there is no vaccine and isolation was described as the most effective instrument to fight COVID. Restrictions are really hard and people here are angry, especially because of electronic surveillance directed for everyone who have any type of symptoms similar to flu or pneumonia.

Business also in problem but govt promised to cover some expenses, provide special funds and return tax to small business paid in 2019. Like in the West some monopolists like Rostech company looking for more profit. Some state owned companies asked for special donations from budget. But prices for regular food are fixed and there was no panic. Families with limited income and families with children also got special payments from the state.

As you know Russians provided assistance for Italy, but also for Serbia. Humanitarian goods was sent also to the US.

Russian scientists also focused for developing of vaccine and ready to cooperate with other countries.

Unfortunately in Western media (especially in the US) real facts about Russian activity were perverted and politicized.

Many analysts argue – probably with good reason – that the governments that have faced the pandemic crisis will be defeated at the next election dates. I ask you: how does the figure of Vladimir Putin come out the emergency?

Putin is above of this crisis. He announced about assistance to the families and business, so his rate is very well. Many critics now about mayor of Moscow Sergey Sobyanin cause he limited moving of people and there are thousands of failures inside special programs for monitoring of people whose diagnosis for COVID confirmed or they have similar symptoms and controlling cars on the streets (cause for any moving you need to register and get special permission code). Prime minister was infected by coronavirus so he was out media covering.

Your friend and colleague Alexander Dugin spoke at the beginning of the pandemic spoke of the end of globalization and the return to closed societies and, more recently on Geopolitika.ru, he spoke of Trump’s wonderful victory and the crushing defeat of globalization e di globalization canceled.  Do you think he’s right? What awaits us now?

It is optimistic scenario, but enemy still is very strong. Even prominent figures who promoted globalization and US leadership during last decades like Joseph Nye Jr. and Richard Haas speaks about necessity to rethink what happens. They doing reorganization. If certain banks century ago supported Hitler and the same time his opponents why they can to put eggs into different baskets including conservative nationalism? It is good to cut all fingers of globalist club, but what will be next? There should be very effective alternative scenario never seen before. Not like Chinese way of prosperity, but something in accordance of the values/interests of all nations. It means that new rules must be developed in depths of ourselves, not political elites of nowadays who are happy with established relations and just want more power or to change balance. In general we need new theory of IR.

How will Moscow move in the new context of international relations? Will Moscow mediate between United States Of America and Popular Republic of China seeking a balance?

Moscow follow the policy of non-interference. Platform for negotiation may be provided, but it will be not appreciated by China and the US. Bejing is powerful enough to talk with the Washington. There may be inly one interest from US – to use Russia against China. But this trick during regime of sanctions and different types of pressures from the West can not be released.

How will relations between the great world powers develop?

There are enough theories of offshore balancing, neo-realism, multilateralism and leadership that seems like main operative cards in the pocket of powerful actors. But there are also factors of overexpanding and hegemonic cycles that show us decline of the US. Now we faces reality of emerging multipolarity. It not formed yet and many actors can to achieve benefit in the future if will be smart enough.

What will be the scenario to follow with greater interest and attention?

There is no one scenario, but few. It is classic of the genre – to be ready for few scenarios. And authors of such forecastings always looking from specific point of view, I mean complex of political theories, historical experience, own vision. Small unknown detail or unexpected factors (black swan) can to stop exploiting of such projects.

And what about Europe is the dark path you have taken? Where (or how) will Europe end?

There are three possible way for Europe.

First is stagnation under transatlanticist agenda. It means decline and civilizational decay including continuation of migration flow.

Second is attempt of return to own roots. Seems like ideal for nationalist movements and identitary groups. Return of exclusiveness. Very difficult to conduct.

Third is recognition that historical Europe is just small western peninsula of Eurasia, overcrowded, but organic part of the continent. It is way of inclusiveness. From my point of view it is kind of happy end for Europeans.

In this difficult context, what role can Italy play? Can it move to satisfy its interests or will it remain nailed to Yalta’s logic?

Despite noisy talks about “success” of nationalist parties they all are following of EU agenda. Many times they have chances to do something essential but they not done it. To serve own interests Italians need to organize revolutionary changes.

And from strategic point of view how we can speak about independent Italy if there located US military bases? NATO membership is another mystery. You can use these % from budget for real security reasons or social sector, but money “burned” for irrelevant things.

I write a thought, not mine, but on which I would like your opinion: “The real power is in Moscow. Russia is an immense beast full of things, the only thing it lacks is a western interlocutor. Putin would like to Italy but must be satisfied with Turkey or others Italy and Russia are like two eternal lovers who want each other!
What do you think about it?

Russia is friendly with many European countries and there are organic historical ties for the centuries. From ideologem of the Third Rome till pragmatic connections in business and economy Russia and Italy have many common issues. Unfortunately some decisions in Italy was done in not right way like support of the same sex marriage under umbrella of European tolerance that recognized like perversion in Russia. This marker is important for society and its perception.

Why do we all keep talking about Russia as a danger? what do we not understand about Moscow?

Russia as threat labeled in all strategic doctrines of the US of last years. Because Washington is first voice in NATO the same agenda distributed via Brussels to regional states. Is not? Idea fixe of the Heartland of Eurasia and Pivot of history still effected on the minds of American strategists. They doing set if fairytales about coward Russia and terrible Russians. But reality is far from this propaganda.

What are your main fears for the near future?

As Christian person I can’t speak about fear, cause I must be ready for the death at any moment. As politician and patriot I can affraid of any serious challenge to my Motherland – military attack, social riots, economic collapse, etc. – but anyway I will go to deal with it. As human with empathy for other humans I would affraid of the rise of ignorance that is seads for the evil. But again I have my Will and reason to resist it. I believe that there are more people who can be attracted and engaged that those who prefers social frigidity.

Last question or first provocation, if you want. You wrote a book on the new art of war (published in Italian with the title of “The new art of war. Modern conflicts and the theory of coaching war”). If you had written it these days, would you have inserted a chapter on the coronavirus emergency?

In another books written before I mentioned effects of natural disasters and political manipulations. But if speak of coronavirus I mentioned it in the forthcoming book titled Ordo Pluriversalis. It is about multipolarity, but I not limits by geopolitical and spatial theories and propose long interesting journey into the realm of philosophical ideas, metaphisical thinking and religious dogmas, that effected on our reality and social-political action. Hope that Russian and English version will be released this year. Also planned translations into more languages.

0 thoughts on “Russian Federation in the post-pandemic world”