José Martí as precursor of the Fourth Political Theory 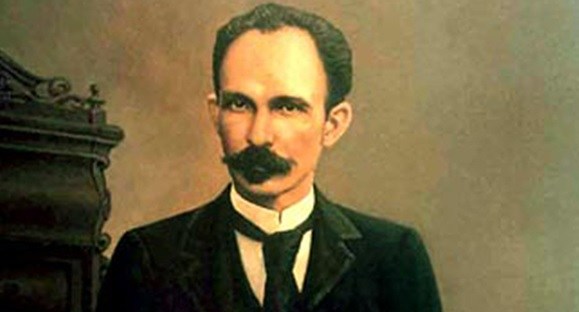 Cuban poet, philosopher, politician and revolutionary José Julián Martí Pérez in Cuba is a national hero who gave his life for the liberation of his homeland.

In literary circles, he is considered one of the founders of modernism. In Russia, he is known mainly in Latin Americanist circles, and perhaps among those who are broadly and deeply interested in the history of the Cuban Revolution, not limited to the knowledge of Che Guevara and the Castro Rus brothers. In Soviet times, only two books were published (Martí, Escenas sobre Nortemérica. M: GIHL, 1963; Marty, Favortios. M: Fiction, 1974), which represent only a small part of the work of the Cuban author, which was censored.  The choice, of course, was dictated by Martí’s criticism of North American capitalism, which he knew from the inside, living in the United States for some time (“I lived in the bowels of the monster and I know it from the inside. of David”).

We are also interested in José Martí, not only as an Apostle of Independence, as he is called in Cuba, but also as a political philosopher, who can be safely attributed to the circle of thinkers that preceded the Fourth Political Theory. Of course, at the time there was neither Marxism nor fascism, and the realities of the Caribbean were mainly related to colonialism and imperialist ambitions. But in José Martí’s works we do not only see the overcoming of narrow economic thinking, characteristic of the socialist and nationalist (fascist) reaction to the beginnings of capitalism. He managed to see the true aspirations of the people, beyond the political ideas and forms of organization of his time. He reflected on the matter in a letter to his comrade-in-arms, General Máximo Gómez, dated 10.20.1884, written in New York: «By orders, troops can be controlled in general, but the people are not created in the midst of orders. We are preparing a more complex revolution that requires more skillful preparation than any other revolution.”

José Martí was opposed to imperialism, but not to empire, which is often emphasized by Martinists. He criticized liberal bourgeois capitalism, while understanding the parasitic nature of the then (and future) banking system. “If it is not possible to steal foreign lands, they act as a cohesive clique, interfere in national politics and change the country’s laws for their own ends. They inflame the prestige of some company, sell their stock, promote public confidence with dishonest fraud, and then ruin that company… their praise of Congress, defending its interests. Everything is in their hands, they can buy everything”, wrote in his journalistic work the “Minister of the Navy Whitney”.

His life in the United States left an indelible mark on Martí’s work. “This nation is like a tree: earthworms often nest in the roots of mighty trees,” he described the American nation in the essay “Prize Boxing.” And here’s a very detailed characterization in which he tries to capture both the past and the future: “Time will show how deep the roots of this flowering tree went and what unites people most strongly: common pain and sacrifice. same desire for profit. Only time will tell if the forces of monstrous evil and destruction are maturing in the depths of this gigantic and amazing country, and if the soul of a people, in whose life there was no female ennoblement, this source of the sense of beauty is a characteristic that complements the national character, has not been corrupted” (In Coney Island New York is emptied).

Martí was a brilliant and active revolutionary, praising traditions and popular culture. He understood the complexity of independent state building in the context of international relations. He took a deep look into those countries and peoples he had the opportunity to visit, expressing them in his poetry or journalism.

He anticipated the emergence of Latin America as a special pole of world politics, noting especially Cuba’s role in regional geopolitics.

The understanding of the importance of the freedom of the Island of Cuba, which became a reality thanks to the actions of Fidel Castro and his comrades-in-arms, is clearly indicated in a letter to Manuel Mercado: «We must achieve Cuban independence, otherwise the United States they will take the Antilles and from here they will attack the lands of Our America… There are peoples (including ours) who are vitally interested in ensuring that foreign imperialists do not agree with the Spaniards and make their way through Cuba for the annexation of the countries of Our cruel, aggressive and contemptuous North America…”

“Nossa America”, a short political essay by José Martí, is very broad in content and maintains its relevance. At the same time, the term itself came to be used by all Latin American patriots who defend the creation of a Great Space, that is, to continue to develop the ideas of Simón Bolívar in a new context. In this essay, Martí talks about ideas, about the identity of peoples, about the need for a joint struggle, even if these countries are separated by great distances, about the need not to copy forms of government (“the spirit of government must be the spirit of its people”). In this work, Martí also criticizes the racial-biological theory, which was already fashionable in Europe. If the apostle Paul said that “there are neither Greeks nor Jews”, then Martí declared that “people of different physiques and skin color are endowed with the same soul”. Thus, the path to 4PT is open to all free-thinking peoples who have not suffered the decline of liberalism or superficial bourgeois-nationalist racism.

Interestingly, José Martí’s ideas are enshrined in the Cuban Constitution as the ideological basis that guides the State. Therefore, it is correct to say that Cuba follows not only Marxism-Leninism, but also Josemartism. If Marx proposed an economic analysis of the relationship between classes, and Lenin described other priorities in the struggle against the bourgeoisie and capitalism, Martí represents an original philosopher who condenses Caribbean letters with the practice of the liberation struggle, ideas (José Martí was a lawyer by training) and a spirit of freedom. Imagine, for example, that the ideas of F.M. Dostoevsky were reflected in the Russian Constitution!

In our philosophical, political, and ideological works on 4PT, we often raise the issue of positive freedom, which, in our view, should include the meaning of an ideal political system. Martí wrote in his essay “The Three Heroes”: “Freedom is the right to be honest: not to be hypocritical in words or thoughts”. Elsewhere he noted: “Before a man is born, and near his cradle, they are ready in the wide, thick bracelets that bind him to philosophy, to religions, to parental hobbies, to political systems. Such a person is twisted, bound, and remains gagged and saddled like a horse for life. Therefore, the earth is now full of people whose faces are hidden under disguises.

So Martí suggested seeking a path to liberation, not only from the domination of Spain, but also from the domination of the scholastic ideas of Western European rational philosophy (largely to blame for the current state of crisis in the world), whose incompatibility with the spirit of of Latin America was providentially predicted by the Cuban poet.

“If there is a higher court, I will stand before this court alone with you: either we will both be damned or we will be saved together.” These lines are attributed to Martí as dedicated to his muse. But who was she really? This muse is her birthplace, Cuba. History has shown that Martí was right. That is why it is necessary to continue studying the ideas of this great Cuban philosopher and revolutionary. And develop them in the context of the current world order.

The article was first published in January 2014.