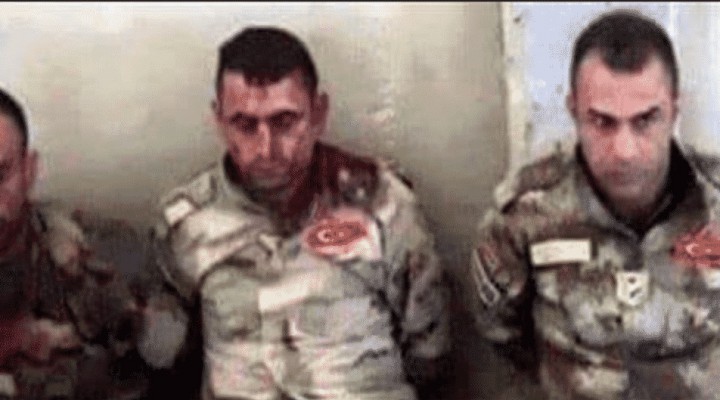 One of Erdogan’s previously proclaimed principles – “zero problems with neighbors” is suffering a terrible collapse. Turkey’s problems are growing from all sides, both from Iran and from Syria, but most importantly, the position of the United States and its “NATO allies” in the form of France is completely incomprehensible.

Nana Lancaster/ Gordon Duff–  France is the “Rothschild Sword”. And the Rothschilds are not happy with Erdogan.

They need control over the Israel-Egypt-Greece-EU gas pipeline, and the rest of Libya’s hydrocarbon wealth is very necessary for the owners of Macron, for whom he worked at “the bank” (he almost wrote “on the premises”).

Add to this that, despite all the bravura statements about the “victories” of the rebels, their losses are growing, and panic is emerging in the ranks. Moreover, in the speeches of Erdogan, the word “hopeless” is always there to be heard, perhaps through the silence and deception.

The situation itself cannot be regulated by force of arms. Obviously, the Turkish Mujahideen will not be able to win a decisive military victory, even if Turkey will stand at their side. Neither the US nor the EU or NATO will support the Turks and never allow the Mujahideen Erdogan to power in Damascus.

Israel will never allow the Turkish army to go to its borders. This is a dead end.

In Libya, the situation is even worse, Erdogan does not seem to understand with whom he contracted, Sarraj and his PNS, these are just puppets who do not control the situation in the country.

There is an inter-tribal war in the country, and the main violin is played by Misurata fighters, which are essentially crypto-Jewish tribes, at one time formally converted to Islam. In fact, they pursue only their goals and those of Israel, through its puppet Abdel Fattah al-Sisi in Egypt who supports Haftar.

The Israelis operate in Libya through their fellow tribesmen from Misurata, who run a gangster enclave turned to by various dark forces in the Middle East. They solve problems, starting from drug trafficking, ending with trafficking in people and human organs.

It is completely unclear how Erdogan, who knocks on the door of the EU and wants to become a member of the EU, wants to combine the challenge of all the “great powers” with the desire to join the EU?

Erdogan is clearly brewing an open conflict with one of the pillars of old Europe, France.  His list, as not just Ottoman inheritor but Byzantine as well, he may have others on his list, Greece certainly, Italy, perhaps.

In Europe, France and Greece, as well as reflecting (as yet) Italy, put together an anti-Turkish coalition. But what if Russia joins this coalition? Of course, Russia absolutely does not need an alliance against Turkey, but it has its own interests in Libya and Syria. Moreover, no one in Europe as a whole is ready to see the new Ottoman Empire at their borders.

It is quite obvious that Erdogan prematurely revealed his plans for the construction of a new Ottoman Empire, but he has no other choice. And that is why. The defeat of the ruling party last summer, in the elections in Istanbul, where the candidate from the Kemalist opposition won, showed the precarious position of the current government.

Do not forget that, in Turkey, dissatisfaction with Erdogan’s policies is ripening in the elite of society. The elite wants to be in the EU. And neo – Ottomanism in Turkey is not compatible with joining the EU, as well as Islamism.

Erdogan is and always has been Muslim Brotherhood, and that will never be allowed in Europe. Chavushoglu, the other day with irritation, spoke about not understanding why Turkey cannot join the EU. He said that Turkey’s patience is running out. And then what? Military operation against the EU?

But this is for the sake of “joke – humor.” Chavushoglu promised the Europeans rapid economic growth and generally prosperity under the Ottoman flag, but he did not begin to link the actual military confrontation with Greece, Cyprus and now France with the entry into the European Union.

The EU is already experiencing hard times, and the appearance of neo – Ottomans in its ranks will mean that the two Vienna battles were in vain. Turkey will begin to crush the Bulgarians and Macedonians and Bosnians, and even the Greeks themselves, moreover, by purely economic methods and economic expansion.

And the events of recent months, when Erdogan not only disclosed his plans but also confirmed his determination to implement specific actions, suggest that in the event of a conflict of interests in Europe, the Turks will not stop using military force. And just as recklessly as they are doing it now in Libya and Syria.

The Turkish economy is not in the best condition, while the EU and the US are only thinking about imposing sanctions against Turkey, but even if the shadow of such sanctions rises above Erdogan’s head, then the Turkish currency could plunge into the abyss. And the population before the election may not withstand another fall of the Turkish lira.

Erdogan prematurely revealed his plans. Turkey has not even reached the level of macrostability, which allows achieving sustainable economic growth. Military operations, in Syria and especially in Libya, can overturn this unsteady hope for the economy to come out of the crisis.

Erdogan mistakenly believes that Europe will calmly observe neo-Ottoman revenge in the Middle East. But he has no choice. Either successes in foreign policy, supported by pro-Islamic slogans, or defeat in the elections.

Moreover, it is clear that, in addition to militant rhetoric, Turkey has neither the strength nor the means to conduct full-scale military operations in the Middle East. So far, it comes down to point strikes and threatening statements.

To one degree or another, the whole foreign policy of Turkey somehow or another plays along with Russia.