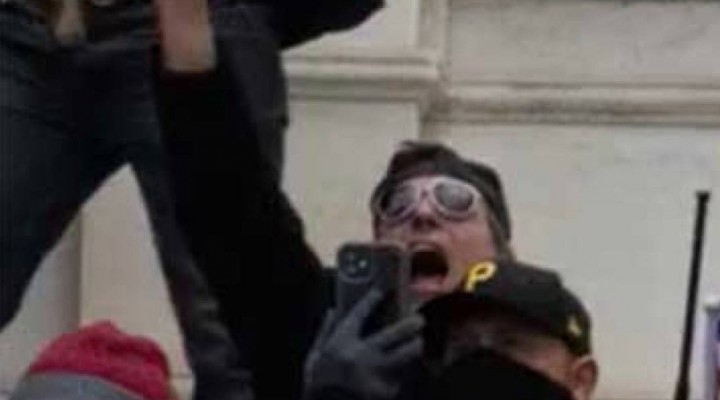 You see Ryan Kelly signs on lawns everywhere you also see trash, burned out cars and signs of mental decay. Kelly, from Allendale, Michigan, only a short drive from one of our editors, was arrested by the FBI today for assaulting law enforcement when he allegedly stormed the capitol building in Washington.

Rural Michigan has long been the home of extremism in the US, particularly since the rebirth of the Klan in the 1920s under the leadership of the American Legion and their partner organization, the Republican Gun Club, also known as the Black Legion.

With strong ties to the Purple Gang, a Khazarian Mafia subgroup, they worked with Ford Motor Company to block unionization of the auto plants through attacks on workers and lynchings of “uppity negros.”

From time to time their efforts were aided by the Michigan National Guard and Michigan State Police, both with long histories of Nazi affiliations.

Today a swath of Naziism forms an arc across Michigan with “Constitutional Sheriffs,” all with close affiliations with human traffickers and the Mexican cartels.