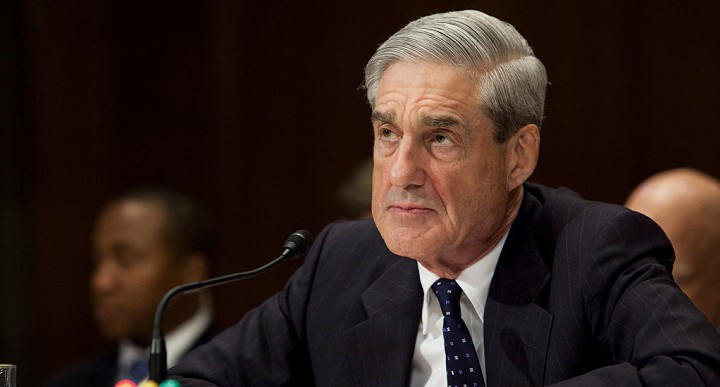 Gordon wails away at his favorite punching bag, the always for sale pool of political thugs and operators who don’t mind being in a no sex marriage as they have so much fun screwing the public at their day job.

I probably shouldn’t have said that, but since the key loggers already have it any way there is no sense in deleting it. But what I just wrote is milk toast compared to what you are about to read below.

It will be a long time before all this reaches the high school political history classes, after I am dead for sure. That we are often ruled by lesser men will not be accepted by many as it puts the blame squarely on us, and who wants that?… Jim W. Dean ]

Imagine yourself in school. You are 8 years old and it is recess time. You look for your friends, for the boys it is baseball or football, and the natural leaders set up teams and it begins. This is humanity, from its roots as hunter-gatherers so many hundreds of thousands of years ago, this is the natural order of things.

Then, some would not survive. Guile and weakness was seldom rewarded. With the onset of “civilization” that changed. Where, at one time, the natural leaders became royalty or nobility, the need to pass on power though lineage went awry and these bloodlines through inbreeding and degeneration became the Deep State, physical weaklings, moral reprobates, tasked with selecting more of the same and moving them into positions of authority.

The goal has been division, entropy, suffering, and managing the expectations of those of promise, pushing them into piracy, banditry or killing them in wars.

Thus, when we find ourselves, even the strongest of us, the best of the best as it were, subject to rule by our lessers, “under the thumb” of those who, as children, we shunned as cowardly or vile, why do we recoil in surprise?

What was left runs Washington, London and Paris, other capitols as well, the “lesser men,” damaged, confused, inferior, pushed up the ladder, the chosen people, a class of “Untermensch.” America’s ruling elite, when examined, for the most part resemble a form of reverse Darwinism.

We are going to be calling the comic tragedy of the Muller investigation what it really is, “MuellerGate.” Any possibility that there was ever an investigation of anything intended is gone but the real reasons might well startle all but the most paranoid or well-informed watchers.

What began as RussiaGate is playing out as not just fakery, but a complex and well-crafted intelligence operation intended to destabilize both the United State and Russia with full complicity of the press, those who control the press from the inside.

It was always not only a wrong assumption by insane as well to assume that somehow, the controlled corporate media, would declare war on a presidency that has been so friendly to the oil industry, Wall Street, big polluters and the big pharma “poisoners.”

The only other force handling this much cash is the CIA/Deep State worldwide heroin ring run out of Afghanistan and Camp Bondsteel in Kosovo, with the help of well known and powerful American families, names very much like Romney, Bush and Walton, according to an FBI whistleblower who came forward in 2012.

When Mueller investigators interrogated me in 2018, I brought the debriefing recordings with me and offered to play them. It nearly cleared the room.

What has been purposefully forgotten is that both Mueller and Barr are “lesser men.” Both, according to sources, were CIA recruits early in life. During Vietnam, the CIA began profiling a new generation to carry them past their roots. The CIA’s roots are Nazi Germany’s Abwehr.

Their profile included intellectual ability combined with a bevy of negative traits including social psychopathy, feelings of inferiority and intense guilt, and a powerful need for approval and affirmation from authority figures.

Two of my good friends, one a senior Army intelligence officer and the other a high-ranking FBI official, both “the best of the best” tried to get into the CIA and were turned away. They weren’t crazy enough.

According to sources, both Barr and Mueller were “crazy enough” and for 4 decades or more, have been close personal friends while operating in and out of the corridors of power on behalf of what is now termed the Deep State.

Similarly, Mueller and Comey as FBI directors were close friends. Remember, it was Comey that only days before the 2016 election put out highly derogatory and utterly unnecessary statements about the Clinton email case.

That case, of course, was a fabrication of a GOP congress that spent endless millions concerned about “classified emails” that, thus far, were utterly without substance. Moreover, anything from the State Department that a Secretary of State wants to make pubic or declassify, has the full authority to do as the President does the same for the White House. Trump does this continually.

Before that it was the phony Benghazi investigation and before that, Hillary Clinton was accused of personally murdering Vince Foster. Let us not forget the Clinton impeachment and the role of Kenneth Starr as prosecutor.

Starr was a longtime acolyte of Richard Mellon Scaife, a typical James Bond bad guy, scion of one of the biggest Deep State banking families who simply bought Starr and spent millions hiring thugs of various kinds to smear the Clintons.

Starr had been promised a seat on the US Supreme Court if he got Clinton. He failed but his “man,” Brett Kavanaugh, now holds a seat on the high court as a surrogate, we are told, for failed and disgraced Ken Starr.

A key to understanding the dynamic is knowing that everything the public sees or is allowed to see is scripted. Comey went after Clinton not to damage or influence the election but to create the appearance of doing so while, as had happened in 2000 and 2004, Deep State operatives working with local election officials, literally thousands of them, simply hacked the election count. This has been investigated, studied and written of so many times and is forgotten and shelved. Everyone is complicit.

Past that, every candidate is always from the same pool, either hopelessly insane like Trump or Bush 43 or deeply flawed or crippled like Bill Clinton or Barack Obama. When someone different sneaks in like Jimmie Carter, the answer is simple. The Federal Reserve cuts off the money supply, collapsing the economy and the CIA stages a coup in Iran in order to move Reagan in.

Part of America’s suppressed history is the truth about Reagan, BCCI, Iran Contra and the collapse of America’s industrial economy, all done while America’s middle class disappeared. This was no accident.

MuellerGate is a critical component of a “lesser man” ploy. Mueller and Barr, we assume, are in continual contact as they are constant companions, lifelong companions, who have planned and executed Deep State operations over and over during their careers.

Barr exists to fabricate childishly absurd legal opinions. Read one of them. His early letter on the RussiaGate investigation, castigating his best friend Robert Mueller as dangerously incompetent, is classic deception and cover.

Then, lo and behold, Mueller finishes an investigation that takes forever. The nation focuses on little else while everything that can be broken or stolen in the nation is broken and stolen. There are 3 White Houses, one in New York at Trump Tower, now a Secret Service protected home for the headquarters of the Kosher Nostra while at Mar-a-Lago, Chinese billionaires are buying America on the cheap.

The White House in Washington is now “Tel Aviv on the Potomac.”

Making it all work is the three-act play staged by the worst actors in the world, villain Donald Trump, Nancy Pelosi of the fake left, and a cast of thousands.

It was evident what was going to happen from the get go with the public sucked in the Mueller drama, taking it all seriously, while the GOP’s control of the Senate and the generalized agreement that a sitting president cannot be indicted. In fact, there is no such provision in the constitution whatsoever.

The legal concept is the creation of now sitting Federal District Judge Raymond Moss, written in 2000 at the behest of then Attorney General Janet Reno. Was Reno expecting Bill Clinton to start murdering White House visitors on live television? That is, perhaps, the only rationale for a legal opinion that has entrained itself as a keystone of Deep State security.

This is from Lawrence Tribe, perhaps the nation’s leading authority on the constitution:

“In a recent opinion piece, I argued that the text and structure of the Constitution, a serious commitment to the rule of law, and plain good sense combine to preclude a rigid policy of “delaying any indictment of a president for crimes committed in winning the presidency.”

My op-ed argued against the Office of Legal Counsel (OLC) memos opining that the Constitution prevents the indictment of a sitting president. Nearly everyone concedes that any such policy would have to permit exceptions. The familiar hypothetical of a president who shoots and kills someone in plain view clinches the point.

Surely, there must be an exception for that kind of case: Having to wait until the House of Representatives impeaches the alleged murderer and the Senate removes him from office before prosecuting and sentencing him would be crazy. Nobody seriously advocates applying the OLC mantra of “no indictment of a sitting president” to that kind of case.

The same is true for any number of other cases that come readily to mind. Among those, in my view, must be the not-so-hypothetical case of a president who turns out to have committed serious crimes as a private citizen in order to win the presidency.

Whether the president committed such crimes in collusion with a shady group of private collaborators or did so in conspiracy with one or more foreign adversaries, it should not be necessary for the House to decide that such pre-inaugural felonies were impeachable offenses and for the Senate to convict and remove the officeholder before putting him in the dock as an alleged felon and meting out justice.”

Are people like May or Macron or Trump little more than circus clowns? Is everything scripted, where the chance of peace breaking out, of justice and righteousness infecting the absurd global processes inoculated against?

Are the current moves around the world to criminalize expression of these very thoughts an indication of how blatant and egregious the lesser men have become?

0 thoughts on “Of Lesser Men”