HOME / WORLD / Stop Hoping That The Swamp Will Drain The Swamp 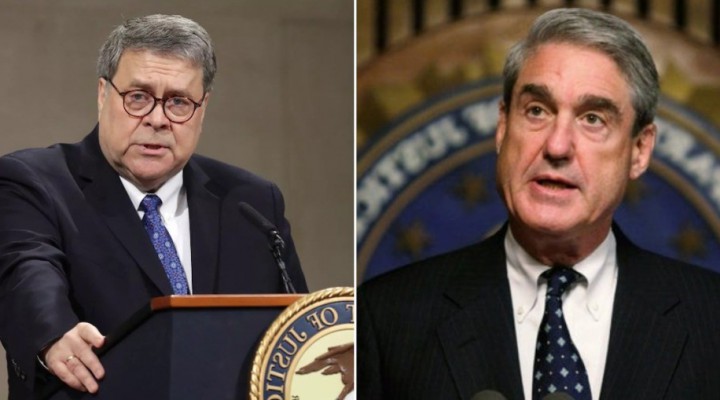 If you only tuned into US politics within the last couple of years this will come as a major surprise, but believe it or not there was once a time when both major parties weren’t constantly claiming that imminent revelations are about to completely destroy the other party any minute now. Used to be they’d just focus on beating each other in elections and making each other look bad with smears and sex scandals; now in the age of Trump they’re both always insisting that some huge, earth-shattering revelation is right around the corner that will see the leaders of the other party dragged off in chains forever.

Enthusiastic Trump supporters have been talking a lot lately about the president’s decision to give Attorney General Bill Barr the authority to declassify information regarding the shady origins of the discredited Russiagate hoax, including potentially illicit means used to secure a surveillance warrant on Trump campaign staff. For days online chatter from Trump’s base has been amping up for a huge, cataclysmic bombshell in the same language Russiagaters used to use back before Robert Mueller pissed in their Wheaties.

“There is information coming that will curl your hair,” Congressman Mark Meadows told Sean Hannity on Fox News. “I can tell you that the reason why it is so visceral — the response from the Democrats is so visceral right now — is because they know, they’ve seen documents. Adam Schiff has seen documents that he knows will actually put the finger pointing back at him and his Democrat colleagues, not the president of the United States.”

“There is some information in these transcripts that I think has the potential to be a game changer, if it’s ever made public,” former Republican congressman Trey Gowdy told Fox News, referring to FBI transcripts of recorded interactions with surveilled individuals.

“Sources tell me there will be bombshells [of] information,” tweeted Fox News contributor Sara A Carter of the coming decassifications.

.⁦@RepMarkMeadows⁩ Says ‘Declassification is right around the corner’ I certainly hope so because the American people deserve the truth – all of it. Sources tell me there will be bombshells if information. | https://saraacarter.com/mark-meadows-declassification-is-right-around-the-corner/ …

Mark Meadows: ‘Declassification is right around the corner’

https://www.youtube.com/watch?v=dYVwq9teTS4 Republican Congressman and House Oversight Committee Member Mark Meadows there will be more information showing that President Trump was set up by senior…

3,609 people are talking about this

Democrats and Democrat-aligned media are responding with similarly apocalyptic language, playing right along with the same WWE script.

“While Trump stonewalls the public from learning the truth about his obstruction of justice, Trump and Barr conspire to weaponize law enforcement and classified information against their political enemies,” gripedcongressman, Russiagater and flamboyant drama queen Adam Schiff, adding, “The coverup has entered a new and dangerous phase. This is un-American.”

“President Trump’s order allowing Attorney General William P. Barr to declassify any intelligence that led to the Russia investigation sets up a potential confrontation with the C.I.A.,” the New York Times warns.

“William Barr’s New Authority to Declassify Anything He Wants Is a Threat to National Security,” blares a headline from Slate.

New from me: Trump’s declassification order has set up a showdown between DOJ and the intelligence community that could trigger resignations and threaten the CIA’s ability to conduct its core business — managing secret intelligence and sources. https://www.politico.com/story/2019/05/24/trump-justice-department-intelligence-1344958 …

8,010 people are talking about this

Readers keep asking me to weigh in on this whole declassification controversy, but really I have no response to the whole thing apart from boredom and a slight flinch whenever I think about Adam Schiff’s bug-eyed stare. There’s just not much going to come of it.

This is not to suggest that the intelligence communities of the US and its allies weren’t up to some extremely sleazy shenanigans in planting the seeds of the Russiagate insanity which monopolized US political attention for over two years, and it’s not to suggest that those shenanigans couldn’t be interpreted as crimes. Abuse of government surveillance and inflicting a malignant psyop on public consciousness are extremely egregious offenses and should indeed be punished. And, in a sane world, they would be.

But we do not live in such a world. We live in a world where partisan divides are for show only and the powerful protect each other from ever being held to account. Having the swamp of Trump’s Justice Department investigate the swamp of Obama’s intelligence community isn’t going to lead anywhere. Swamp creature Bill “Iran-Contra coverup” Barr isn’t going to be draining the swamp any more than swamp creature Robert “Saddam has WMDs” Mueller. The swamp cannot be used to drain itself.

Dems and allied pundits have been screaming for years that we must know every last detail about “Russian interference” in 2016, and have launched multiple exhaustive investigations pursuant to this. But now they scream that we MUST NOT know about CIA/FBI conduct in 2016. Very odd

753 people are talking about this

It is possible that some important information will make its way to public view, like Russiagate’s roots in UK intelligence, for example. But no powerful people in the US or its allied governments will suffer any meaningful consequences for any offenses exposed, and no significant changes in government policy or behavior will take place. I fully support declassifying everything Trump wants declassified (as well as the rest of the 99 percent of classified government information which is only hidden from public view out of convenience for the powerful), but the most significant thing that can possibly come of it is a slightly better-informed populace and some political damage to the Democrats in 2020.

The only people who believe these inquiries will help fix America’s problems are those who believe there are aspects of the DC power structure which are not immersed in swamp. Trump supporters believe the Trump administration is virtuous, so they believe the Justice Department is preparing to hold powerful manipulators to legal accountability rather than cover for them and treat them with kid gloves. Democrats believed that a former FBI Director and George W Bush crony was going to bring the Executive Branch of the US government to its knees, because they thought that swamp monster was in some way separable from the swamp. It doesn’t work that way, cupcake.

If people want to rid their government of the swamp of corruption, they’re going to have to do it themselves. No political insider is going to rise to the occasion and do it for you. They can’t. You can’t drain the swamp when you’re made of swamp, any more than you can wash yourself clean with a turd-soaked loofah.

The only upheaval that is worth buying stock in is the kind which moves from the bottom up. If you really want change, it’s not going to come from the US president or any longtime government insider. It’s going to come from real people looking to each other and agreeing to say that enough is enough, and use the power of their numbers to flush the corrupt power structure down the toilet where it belongs. It will mean ceasing to imbue the fake partisan divide with the power of belief, and it will mean unplugging from official authorized narratives about what’s going on in the world and circulating our own narratives instead.

All political analysis which favors either the Democratic Party or the Republican Party is inherently worthless, because both parties are made of swamp and exist in service of the swamp. If you can’t see that the entire system is one unified block of corruption and that ordinary people need to come together and unite against it, then you really don’t understand what you’re looking at.