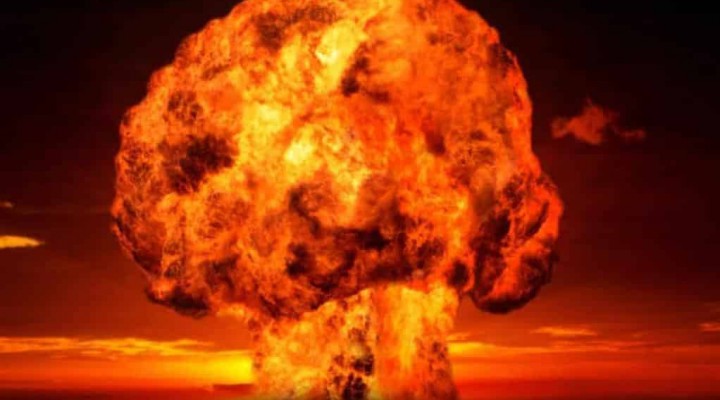 Today’s delve into the world of nuclear secrets begins with a short discussion of the “trial that never happened,” or as some are aware, the trial of a CIA officer going on in Virginia today. “If a trial isn’t reported, does jail time for a phony crime inconvenience one quite as much?”

Former Secretary of State Condoleezza Rice made a highly unusual public appearance Thursday — taking the witness stand for the prosecution in a criminal case against a former CIA officer on trial for leaking details of a top-secret spy program.

Former CIA case officer, Jeffrey Sterling, a man who knew of America’s bizarre plot to give Iran phony nuclear secrets, is facing prison for blowing the whistle on just another fiasco, one of so many.

“Operation Merlin” as the CIA called it, and yes, I have no idea where they make up names like this but we can all guess (John LeCarre novels). It is a felony to give away nuclear secrets and the CIA was well aware that their altered nuclear information, much like the things VT publishes all the time, shouldn’t be given to Iran. However, VT will actually tell you why, in effect, going well beyond the information that will never be able to come out at the trial on the basis of national security.

Come to think about it, if we put it all in public domain, there is no reason for a trial in the first place or, worse still, the secrets we will be telling in the paragraphs below, now they are published, can be used in the trial. I do so love it when a plan comes together.

I do so love the absurdity of this. OK, here goes:

This is an old story. A fire set is the electronic triggering circuit for a multi-point implosion system used in nuclear weapons. This one, the one given Iran through Russia was supposed to be a Russian design. Very crude as compared to ours. Basically a copy of the fat man implosion triggering circuit from WW2. The timing circuits were modified so if use the weapon would only fizzle at best. This was intended to slow down the Iranian weapons design program by generating a fizzle yield. They would then have to figure out why it fizzled. That takes time.

The only problem is that the Iranians were already set on using a 2 point weapons design that they got from Russia, Pakistan, China etc. So it was a worthless counter intel project that blew back into there faces. Basically a bunch of really stupid guys at the CIA came up with this idea. Now they are being busted for trying to covertly aid Iran with the illegal transfer of nuclear weapons design technology. This means that the bait contained other more useful nuclear design information than just the modified triggering circuit data. The real question is who approved the operation and how high did it go. IE normal WDC politics.

So the CIA and Justice Department are putting Sterling on trial for making public a relatively innocent story that if properly investigated as the crime it is, and thanking Sterling for his work on behalf of national security, a trail will lead to a world class pack of bunglers that “threw the baby away with the bath water.”

If they, be “they” the CIA or Iran or whoever, had simply come to us, we could have given them the number of someone who might have been able to “fix them up.” After all, one of the several hundred used but fully serviceable nukes America accidentally exported labeled “frozen beef carcasses” could have been rerouted.

b. Nuclear Detonation Safety – Weapons. Priority shall be given to the development and incorporation of design features that prevent accidental and/or inadvertent nuclear detonation. Effective with this Order, all nuclear weapons shall be designed with the objective of achieving the following design goals for nuclear weapons delivered to DOD custody and for subsequent DOD operations.

(1) Normal Environment. Prior to the receipt of enabling simulating the arming signal, the probability of a premature nuclear detonation will not exceed one in 10/9 per nuclear weapon lifetime.

(2) Abnormal Environment. Prior to the receipt of the enabling stimuli, the probability of a premature nuclear detonation will not exceed one in 10/6 per credible nuclear weapon accident or exposure.

(3) One-Point Initiation. The probability of achieving a nuclear yield greater than four pounds of TNT equivalent in the event of any one-point initiation of the weapon’s high explosive will not exceed one in 10/6. (This goal does not relieve requirements for design to provide protection concerning multi-point detonations.)

c. Nuclear Detonation Safety – Test Devices. Non weapon configuration nuclear explosive test devices shall incorporate positive measures
of precluding the transfer of sufficient energy to fire the device detonators until the latest possible time. The emplacement configuration after connection of the test device fireset shall contain positive measures to preclude the accidental operation of the fireset in all credible environments.

d. Plutonium Dispersal Safety. The plutonium dispersal standard requires positive measures to prevent plutonium dispersal. To meet this standard, the following principle applies: Design features for control of plutonium dispersal under credible accident conditions will be incorporated for each nuclear weapon unless the responsible Military Service requests and properly justifies an exception based on clear and significant degradation of military capability. Exceptions must be approved by the Secretary of Energy and documented by agreement of the Secretaries of Energy and Defense.

BY ORDER OF THE SECRETARY OF ENERGY

Nuclear weapons, to quote Sidney D. Drell, are “sophisticated but not complicated.” That is, the working principles are straightforward, although the equipment needed to make a device function, and function reliably, is quite sophisticated and requires high-quality engineering to design and build. Although it is generally believed that a proliferator need not test a conservatively designed device at full yield to have confidence in it, some experimentation and testing along the way is necessary to demonstrate the behavior of the non-nuclear components including the firing set, detonators, and neutron generators. If there is not to be a full-yield nuclear test, then the non-nuclear experiments must be carried out with greater care and competence. One reason for believing that a full-yield nuclear test is unnecessary is that each of the six states known to have tested nuclear devices has achieved a nuclear detonation on the first try.

The first nuclear weapon used in combat used an untested gun-assembled design, but a very simple and inefficient one. The first implosion device was tested on July 16, 1945, near Alamogordo, New Mexico, and an identical “physics package” (the portion of the weapon including fissile and fusion fuels plus high explosives) was swiftly incorporated into the bomb dropped on Nagasaki.The term “nuclear testing” encompasses all experiments in which special nuclear material (or a simulant) is placed in contact with high explosives, which are then detonated, or with a propellant, which is ignited. This limitation deliberately excludes activities which are more scientific in nature and not intimately connected with the progression from fissile material and/or fusion fuel to a nuclear explosive device.

This definition is far broader than that of the Comprehensive Test Ban Treaty (CTBT) of 1996, which prohibits only nuclear weapon test explosions and other nuclear explosions. Many states of concern for nuclear proliferation have subscribed to the CTBT, and may, therefore, find it difficult to conduct full-yield tests either underground or in the atmosphere. At the lowest end of the nuclear yield distribution from hydronuclear tests, some states might reckon that the knowledge gained from a small explosive release of nuclear energy would be worth the risk of getting caught. Generally, within the U.S. Government, the condition of prompt nuclear criticality distinguishes, under the CTBT, a prohibited test of an explosively assembled device from one which is allowed.

On the other hand, implosion-assembled devices using plutonium–which could be extracted simply using chemical techniques from reactor rods–are more difficult to manufacture. If a nation had an indigenous reactor industry, such extraction would be straightforward. The testing program for a gun-assembled device is moderately complex, but it is essential to realize that nothing nuclear need be tested to verify the probable operation of such a device–only its conventional components. The design of Little Boy, the bomb dropped on Hiroshima, had not been proof tested before the war shot. Implosion Devices

The testing program for a simple fission device using plutonium must be more extensive than that for a gun-assembled device using enriched uranium. For example, the constructor must know that his fissile “pit” will be uniformly compressed and that the compression will be rapid enough to minimize the chances for a pre-initiation “fizzle,” that any neutron generator present will fire at the correct moment, and that compression is likely to be maintained long enough to result in significant nuclear yield.

Firing Set: a combination of electronics that produces high voltage, stores it in capacitors, and discharge the voltage into detonators upon external command (timer, radar, barometer, etc). Modern sets use a semiconductor laser and fiber optics to detonate the high explosive.