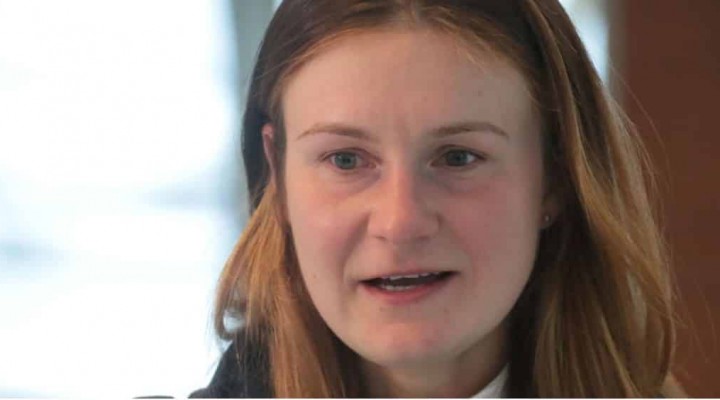 Back in 1991, I wrote a proposal for then Michigan governor John Engler about Michigan’s vast prison system. I had worked on tax reform law, helped restructure the State Police and a few other projects, along with helping run his campaign.

I reviewed thousands of records and transcripts. About 20% were innocent while another 30 percent were probably innocent of the crimes convicted of but guilty of other things, sometimes much worse.

The prison system itself was unimaginably corrupt, in cases run by “failed academics” and “political hacks” who simply stole millions and worked with prison gangs to shake-down prisoner family.

Inside the prison system there was a human trafficking operation where juveniles were trafficked into large adult prisons on “special programs” run by a former Michigan State University psychology professor.

There they were sold to older inmates and guards for sex.

Prisoners that complained were, minimally, sent to “gladiator schools,” such as the Michigan Reformatory in Ionia, a hell hole of street gangsters and stabbings.

Others were doused with paint thinner and burned in their cells under supervision of special groups of corrections staff that worked as gang enforcers.

At the Federal prison in Milan, Michigan, prisoners who failed to do as told were loaded on the prison bus and chained to the floor. They wore little clothing, temperatures were down to “0” and the physical position was agonizing. For hours on end, the bus is driven around the huge prison property on their private road system.

You know, when I saw the prison film Midnight Express those many years ago, I laughed…Turkish prisons are a joy compared to conditions in the US. But back to Michigan…

Behind this, and this is well before the Engler governorship (he got in enough trouble over Larry Nassar, the physician rapist at MSU), was a relationship between the then Republican governor, a seemingly really nice man, I knew his family, and a Detroit area judge who ran organized crime and controlled 200,000 fake votes.

This power allowed the judge, I will call him “James” to use the prison system to punish or reward his own enemies.

It also allowed street gangs to run prisons and live like gods, where corrections officers were in fear of politically powerful and extremely violent prisoners. I got to spend some time interviewing these gang leaders, including spending hours with them simply talking…no security.

There were some talented people running prison gangs, black and white (no Hispanic gangs in Michigan at the time). One was Daniel Staggs, a decorated Marine (murdered in prison).

Behind the prison system is a corrupt legal system as well. I have worked with the US Civil Rights Commission on several related issues, including one mentioned here by Maria Butina.

Women are forced into guilty pleas, blackmailed over their children and long, very long incarceration before trial (denial of bail) is used to force guilty pleas from innocent ones. arrestees, always poor or poor and minority.

There is NO legal representation whatsoever in the US.

The corrections system in America doesn’t have 2 million locked up, but a total closer to 22 million, some in prison, some in varying forms of community corrections, most with drug and alcohol related issues or untreated mental illness.

About 10% of those imprisoned in the US are there to protect the public. The rest are there for profit.
—

MOSCOW (Sputnik) – The US correctional system amounts to modern-day slavery where refusal to work may result in solitary confinement, Russian national Butina said Saturday following her release from US prison.

“AMERICAN PRISON IS HELL. IT IS SLAVERY BECAUSE YOU CAN’T REFUSE TO WORK, THEY WILL SEND YOU TO SOLITARY CONFINEMENT. THIS WAY, SLAVERY EXISTS IN THE US,” BUTINA SAID ON HER WAY TO MOSCOW.

She added that $28 a month washing dishes and teaching prisoners mathematics.

Butina said she did not fully believe that she would be released on the appointed day, adding that she only believed in it when the plane took off in Miami and headed for Moscow.

“UNTIL THE PLANE TOOK OFF, I DID NOT BELIEVE THAT I WOULD BE RELEASED… I KNEW THAT THE DAY WOULD COME, BUT I WAS AFRAID TO THINK ABOUT IT BECAUSE I HAD BEEN DECEIVED SO MANY TIMES,” SHE SAID IN AN INTERVIEW WITH SPUTNIK AND RT ON HER WAY HOME.

Butina decried the US judicial process for placing her in solitary confinement to force a plea deal before sentencing and refusing to release her on bail.

Butina Calls Her Perception of US as Constitutional State Merely ‘Illusion’

Maria Butina admitted Saturday that she did not expect the arrest, because she lived with an illusion of the rule of law in the United States.

“I WAS PROBABLY A NAIVE PERSON. I LIVED IN THE ILLUSION THAT I WAS IN A STATE OF LAW,” BUTINA SAID IN AN INTERVIEW WITH SPUTNIK AND RT ON THE WAY TO MOSCOW.

According to Butina, even after testifying in the US Senate Select Committee on Intelligence and after the first search at her house, she did not believe that an innocent person like her could be charged.

“ALL SORTS OF NASTY ARTICLES WERE WRITTEN ABOUT ME IN THE NEWS, BUT I LAUGHED AT THEM, BECAUSE I KNEW IT WAS ABSURD. BUT, AS THEY SAY, IF THERE IS A MAN, THERE IS AN ARTICLE [RUSSIAN IDIOM]. AND THIS APPLIES IN THIS SITUATION NOT TO THE SOVIET UNION, BUT TO THE MODERN UNITED STATES. IT’S SOME KIND OF SURREALISM,” BUTINA EXPLAINED. 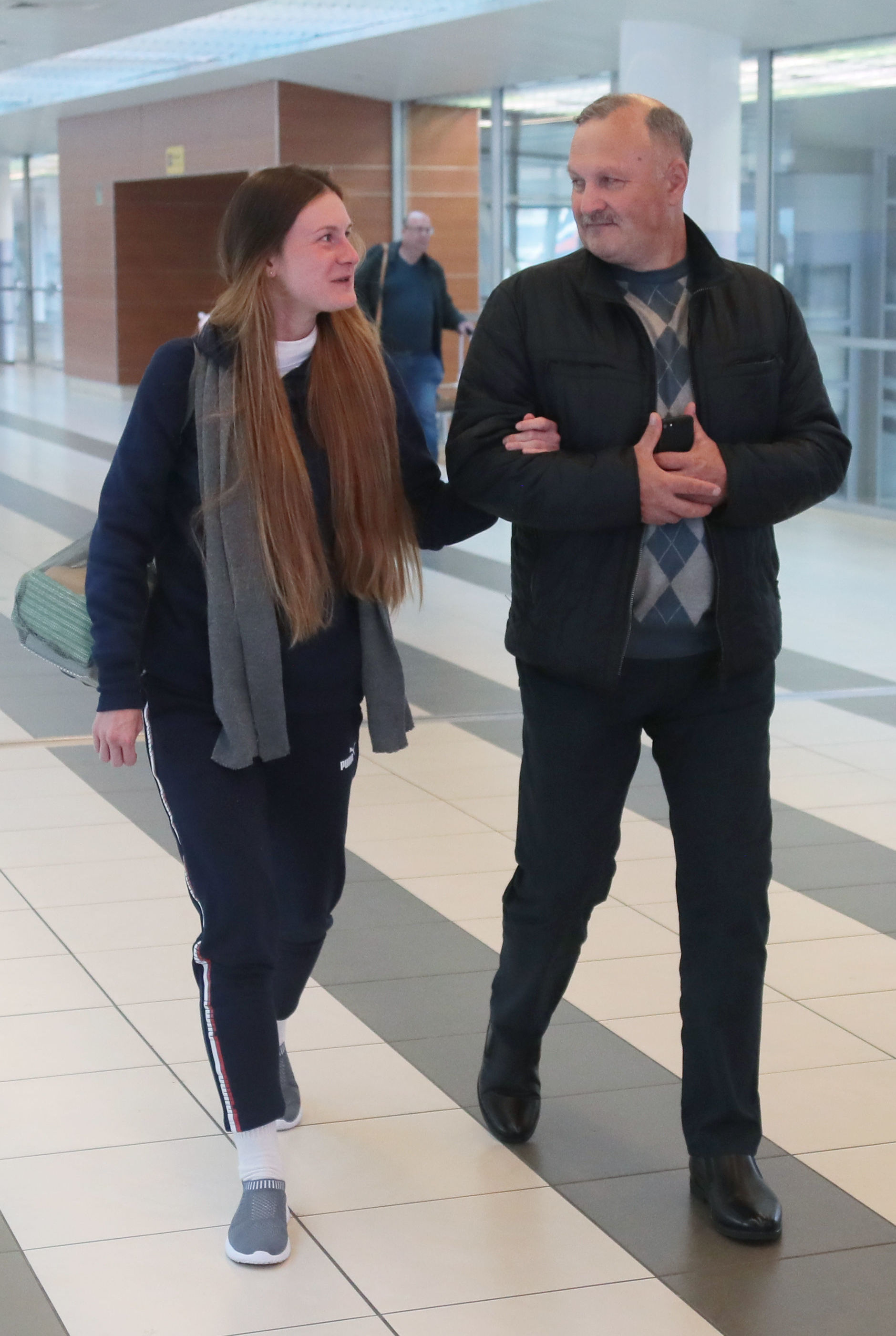 Convicted Russian agent Maria Butina, who was released from a Florida prison and then deported by U.S. immigration officials, walks with her father Valery Butin upon her arrival at Sheremetyevo International Airport outside Moscow

The messages that she wrote on Twitter, including those on the basis of which she was charged with initial espionage, were terribly translated, according to Butina.

Butina said she could not believe that someone could make an accusation based on a false translation, adding that after 52 hours of talking with the FBI agents, they realized she had no secrets and yet arrested her.

She said that she did not exclude the possibility of taking some legal steps to protect her reputation, which was damaged by an unfair trial and sentence in the United States.

“IT WILL BE NECESSARY TO TAKE SOME [LEGAL] ACTIONS AGAINST THE MAYHEM THAT HAD HAPPENED. FOR NOW, I PREFER NOT TO SAY WHAT I’M GOING TO DO,” BUTINA SAID IN AN INTERVIEW WITH SPUTNIK AND RT ON THE WAY TO MOSCOW.

She added she would first discuss it with her family, stressing that she would not leave this issue as it is a matter of principle.

Butina’s 1,100 Pages Written in Prison Talk About Life, Faith, How She Made $28 Per Month

Maria Butina jotted down over 1,100 pages while serving a prison term in the United States, describing every day of her imprisonment in solitary confinement, including how faith and tight schedule helped her survive, as well as how she made $28 a month.

“I WROTE DOWN EVERY DAY OF MY CONFINEMENT. TODAY I HAVE 1,100 PAGES. I WROTE ON EVERYTHING, TOILET PAPER, ON THE BACK OF DOCUMENTS, ON EVERYTHING,” BUTINA SAID IN AN INTERVIEW WITH SPUTNIK AND RT ON HER WAY TO MOSCOW.

According to the Russian national, human memory tends to forget the most painful moments, so she kept such notes, which she is planning to use for a creative project.

“IN ORDER NOT TO GO CRAZY, YOU SHOULD HAVE A VERY STRICT PLAN. EVERY HOUR YOU SHOULD BE BUSY WITH SOMETHING. AS SOON AS YOU ALLOW YOURSELF TO RELAX AND JUST THINK, THE BRAIN STARTS TO WIND YOU UP WITH ‘WHAT IFS,’” BUTINA SAID.

She added she took the time to study books on iconography, art, which she read with the help of a dictionary.

“I had to read three chapters, study four icons during this time. It was all very serious, it was all structured. In the evening I read classical literature,” the woman noted.

The woman also managed to make money while serving her term in the US prison. She washed dishes in the dining room and taught prisoners mathematics, for which she received about $28 a month.

FBI interrogations of Russian national Maria Butina, which lasted 52 hours, were little more than showboating for the media and devoid of substance, Butina said Saturday following her release from US prison.

“ALL THESE 52 HOURS WERE AN ATTEMPT TO DEMONSTRATE THAT THEY WERE DOING SOMETHING IMPORTANT THAT WE WERE DISCUSSING SOMETHING AT LENGTH. WE DIDN’T DISCUSS ANYTHING. IT WAS PURELY DONE FOR SHOW, FOR THE MEDIA,” SHE SAID IN AN INTERVIEW WITH SPUTNIK AND RT ON HER WAY TO MOSCOW.

According to Butina, the main topic of interest for the agents was her relationship with Russian Central Bank Deputy Chairman Alexander Torshin.

“[THEY WOULD ASK] WHY DID YOU AND TORSHIN DO THIS [BUILD TIES WITH US GUN RIGHTS COMMUNITY]? THEY STILL COULDN’T BELIEVE THAT PEOPLE SOMETIMES JUST DO GOOD THINGS BECAUSE THEY BELIEVE IN FRIENDSHIP BETWEEN STATES, BECAUSE PEOPLE HAVE COMMON MORAL PRINCIPLES AND THEY FIGHT FOR THE RIGHT FOR SELF-DEFENSE,” BUTINA RECOUNTED.

Butina was arrested in July 2018 and sentenced to 18 months in prison for “conspiring to work for a foreign government.” She was deported to Russia on Friday after her sentence was slightly reduced for good behavior. On Saturday morning, a plane with Butina landed at Sheremetyevo International Airport in Moscow.

The Russian Foreign Ministry has called Butina’s sentence a disgrace of the US judicial system and accused the US court of carrying out a political order. Russian President Vladimir Putin said Butina’s indictment is unjustified because she was not tasked to perform any mission on behalf of the Russian government.