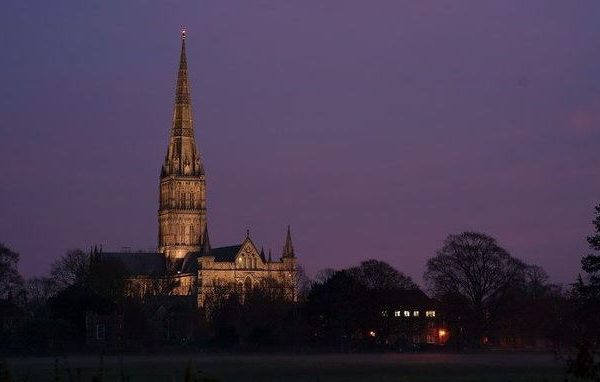 It’s hilarious to see the double standards of Western media applied in the case of alleged American spy Paul Whelan who is being detained in Russia and facing trial.

It’s hilarious to see the double standards of Western media applied in the case of alleged American spy Paul Whelan who is being detained in Russia and facing trial.

Whelan, a former US marine, was denied bail this week in a Moscow court after it emerged that he had been found in possession of state secrets while supposedly holidaying in Russia.

Western media widely aired the theory that the American man has been “set up” by Russian state security after he had received a USB computer stick from someone while staying in a Moscow hotel last month. The person whom he received the disk from has not been identified, but presumably he or she was known to the American, otherwise why would he have accepted the item?

Whelan claims he was in Russia as a tourist and that he didn’t check the contents of the computer mini-disk at the time because he assumed it contained “images of a cathedral he had visited”. He was reportedly arrested soon after receipt of the disk, on December 28, by Federal Security Service (FSB) officers.

This sounds eerily familiar. Remember the two Russian men who visited Salisbury in March last year at around the time of the alleged poisoning of former Kremlin spy Sergei Skripal? Months later, those two men were identified as “suspects” on British CCTV cameras whose images were broadcast by media. Both then promptly came forward to give an interview to Russian media in order to clear their names, which they confirmed as Alexander Petrov and Ruslan Boshirov.

Petrov and Boshirov claimed they were in Salisbury around March 4 as tourists, not as Kremlin assassins as the British media were sensationally alleging. Asked why they were in Salisbury, the pair said it was to visit the medieval English town’s “famous cathedral” and its 123-meter spire.

The immediate reaction by British media in particular was to pour scorn and ridicule on the men’s story. The British government rubbished their claim as “obfuscation and lies”. Journalists and pundits lambasted the pair with guffaws and mockery.

Petrov and Boshirov denied they had any involvement in the alleged poisoning of Skripal – supposedly with a deadly Soviet nerve agent – and they said they were not Kremlin agents but rather worked in the sports nutrition business.

There is no indication thus far that the men’s story is false. Also, what really happened to Skripal and his daughter Yulia remains a mystery since the British authorities won’t reveal where they are – 10 months after the alleged poisoning incident.

The only follow-up media report on the Russian men’s alleged security service affiliation was by the dubious UK-based Bellingcat website, which has a history of fabricating anti-Russian propaganda, such as alleged chemical weapons attacks in Syria and the alleged shooting down by Russian-backed separatists of a Malaysian civilian airliner in eastern Ukraine in 2014.

In the case of Paul Whelan, a former US elite soldier who possesses four passports and who apparently visited Russia several times and had become familiar with the country, he is permitted by Western media to plead his innocence invoking an interest in cathedrals and churches. Not a wink of skepticism here.

However, in the case Petrov and Boshirov, who have no known background in military, they are immediately scoffed at for their declared interest in Salisbury’s medieval cathedral, which by the way is world famous and attracts thousands of visitors every year, including many Russian tourists.

What’s more, in the case of Whelan, the Western media has gone further to report that he is being set up by Russian agents, who planted the state secrets in the USB disk. It is speculated in the Western media that the Kremlin is using the American as a bargaining chip in a potential prisoner-exchange deal for Russian citizen Maria Butina. Butina was jailed at the end of last year in the US after she pleaded guilty to espionage charges, following months of isolated detention. The Kremlin said she had no association with its agencies.

Moscow categorically denies that there is an ulterior agenda for doing a prisoner swap. Russian authorities have said that Whelan was simply “caught red-handed” with state secrets and is being prosecuted accordingly. The classified information is believed to contain the names of individuals who work for Russian secret services.

Whelan’s family back in the US maintain he is innocent and that he was in Russia to attend the wedding of a friend. If found guilty, he could be facing up to 10-20 years in jail.

Who knows, maybe the American was set up in a dirty game of state intrigue.

The case of Maria Butina appears to be a disturbing one of the American state framing up a Russian citizen to bolster a political agenda of alleged Russian interference in US elections. Her pre-trial detention in solitary confinement certainly amounts to a form of psychological torture to pressure a confession. Butina is facing several years in prison, despite many observers considering her to be innocent.

But one thing seems glaringly obvious: the double standard being used by Western media which is borne out of its relentless Russophobia.

A former US marine is seen as a plausible tourist interested in viewing cathedrals whom, the Western media claim, is now being persecuted by despotic Russian authorities; while two Russian civilians are pilloried for plying a “ridiculous cover story” about Salisbury’s 123-meter spire.

0 thoughts on “Of Suspected Spies & Cathedrals… and Western Media Hypocrisy”