Gaddafi, COVID and the Neocon Bio-War Plan, an Intel Drop 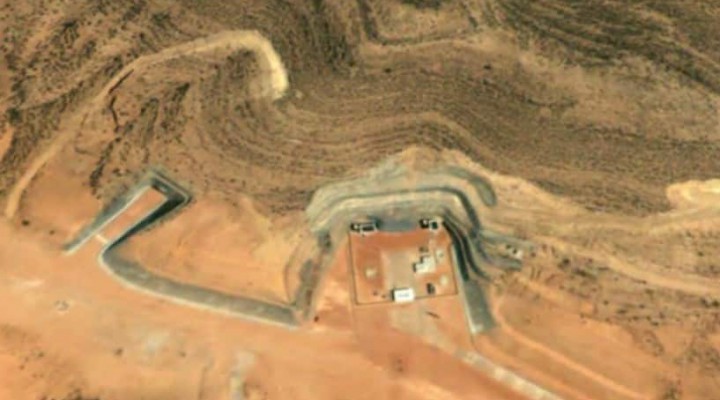 A version of SARS was supposed to hit the US from Libya by 2012, just in time for the election.

This is as much of that story as can be told.  At the outset of the “Libyan Civil War,” (still goin on, still fake as ever) Gaddafi sent folks to Cairo to meet with US Representatives and Israeli’s, demanding to be saved.  His leverage was the upcoming COVID leak, one we think would be even more focused than the 2019 version, one developed using testing data from South Africa, testing data gathered in Angola.

Let us remember that Gaddafi was put in power by the CIA.  Gladio was centered in Libya and the fake “IRA training camps” in Libya were staffed by CIA and Special Forces who were really training and supplying Gladio Freemason terrorists (think Aldo Moro) along with fake PLO and fake Red Brigades.

The CIA’s coverup involved fake “turncoat” officers who were supposedly working for Gaddafi and “being hunted” (by someone you know).

Look into names like Edwin Wilson and Ted Shackley.

This will be new material for most if not all, broad strokes and an attempt to put researchers and the few remaining “unowned” pundits on a proper historical trail.

When Bush 41, the cabal of Wolfowitz, Cheney and Rumsfeld set up their Khazarian Potentatedom in Washington after their roles in 9/11, a partnership with Saudi and Israeli intelligence, bio-war became the “go to” solution for problem after problem.

Weapons sitting in Ft. Detrick, Maryland could not be deployed, blocked by the Pentagon.  General Myer, they hoped, would solve this and other “non-cooperative” problems.  He was appoint CJCOS just days before 9/11.  We looked at his daughter and son-in-law when examining certain security issues behind Mark Siljander’s arrest (now pardoned).  They led to Tel Aviv.  This gave us highest level cooperation as Mark still had powerful friends.

Here we tripped over some involved in the planning of 9/11 but much more as well.

What we want to get around to is the Gaddafi story.  Bush and Cheney loved Gaddafi who was, at the time of 9/11, involved in a nuclear weapons partnership with Germany and Israel, partnered with Johann XXXXX of Johannasburg.

XXXXX was arrested and removed from custody by the Mossad.  He is now living in Israel.

Germans supplied the centrifuges for the “factory” in South Africa while Gaddafi funded the operation.  Israel had built and tested one bomb already, I might correct, tested 1 bomb on September 22, 1979 on a barge of Prince Edward Island.  9 more were left, 13.2 kiloton gun type bombs based on Peladaba pits from Katanga ore, according to VELA.

Armscorp, weapons stored and transported by Blatchford (according to the owner of that company, a longtime friend).  Those weapons were removed when South Africa changed government, 3 going to Univ. of Chicago (one pit made into a “plowshare” and on display), 6 others disassembled and 3 purchased by Britain and shipped to Oman, where they disappeared.

They were purchased, according to multiple sources, by Thatcher for 17 million pounds through a UAR.  We followed that funding as well….to a certain political candidate and something else.

South Africa had housed both chemical and bio-warfare facilities for other governments, where testing was done in Angola.  A fake version of these events is recorded through the Reconciliation Commission.  The truth is endlessly darker.

After 9/11, Gaddafi found a US regime he could love.  He loved Bush, he loved Tony Blair, he loved both of them very very much.  Too much.

Gaddafi loved rendition.  He loved prisons.  He agreed to end his nuclear program in 2003 and became a full partner in the GWOT.  His reward was Tarhuna, a vast underground complex located near his “giant river” construction site south of Tripoli.

This was the world’s largest bio-weapons facility, built by, we are told, BeXXXXX Corporation and the Israeli government.  It was tasked, according to a now censored report, pandemic research.

Mention of this facility was made in a State Department cable released by Wikileaks, dated 2005, involving negotiations between Britain, the US and Libya.

It was this facility and its capabilities that brought about the end of Gaddafi, not at the orders of Obama but rather the Pentagon, run by, well, you check on that.

The new 9/11 was going to happen under Obama’s watch, it would be bio-terror and Gaddafi was going to be the fall guy.

This is now as much as we can tell you.

0 thoughts on “Gaddafi, COVID and the Neocon Bio-War Plan, an Intel Drop”