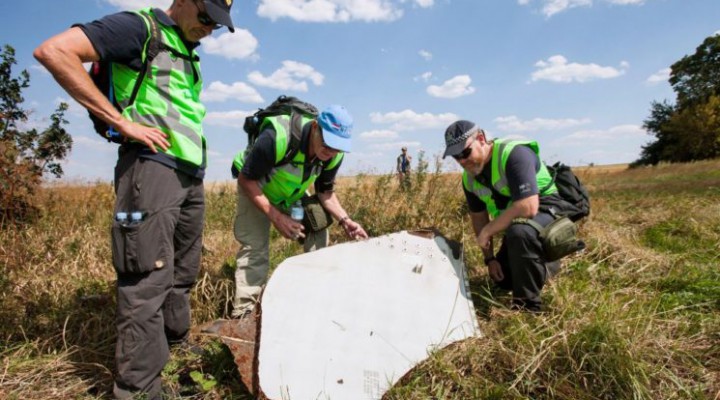 The Joint Investigation Team (JIT) tasked with probing the Malaysian MH17 airliner disaster in 2014 is a travesty of legal due process and justice. It is a politically motivated vehicle for smearing Russia. A vehicle designed to run and run for years to come.

The Joint Investigation Team (JIT) tasked with probing the Malaysian MH17 airliner disaster in 2014 is a travesty of legal due process and justice. It is a politically motivated vehicle for smearing Russia. A vehicle designed to run and run for years to come.

Despite its grand-sounding legal title, the JIT is a mockery of jurisprudence. It has, for example, included Ukrainian police in its “fact finding” while excluding Russia. That has ensured bias in the investigation in favor of a party – the Ukrainian state – which should have been treated as a suspect.

The Dutch-led investigation is also infused with a NATO bias which inherently blames Russia for the Ukraine conflict that began in 2014. It is a hopelessly flawed investigation based on prejudice and preconceived notions of guilt.

As with previous reports, the JIT has openly acknowledged cooperating with the private blog site Bellingcat for its purported evidence gathering. How can a supposed official investigation into a mass murder be taken seriously when it is relying on the “expertise” of a freelance blogger-sleuth? Moreover, Bellingcat is complicit in peddling NATO propaganda concerning chemical weapons false-flag attacks in Syria and the Skripal poisoning case.

The JIT report this week into the crash in eastern Ukraine on July 17, 2014 again draws on Bellingcat “information”. That information has been shown by other investigators to be based on fabricated video and audio material. Like previous JIT reports, the so-called “evidence” is vague and relies more on innuendo of guilt. The latest so-called report did not bring any new “evidence” to back up previous claims that Russia is culpable for the alleged shoot-down of the Boeing 777 over eastern Ukraine. The investigators claimed last year that a Russian anti-aircraft brigade based in Kursk entered Ukrainian territory with a Buk missile system. The munition was allegedly used by pro-Russian rebels fighting against Kiev-controlled military to blow the Boeing 777 from the sky.

The passenger jet was on its way from the Netherlands to Malaysia when it was apparently shot down by an anti-aircraft missile while traversing eastern Ukraine. All 298 onboard were killed in the crash.

Russia and the Ukrainian separatist militia have both denied any involvement. They reject the JIT claims as “baseless”.

The videos purportedly showing a Buk missile system being transported from Russia to eastern Ukraine – which Belllingcat and the JIT rely on as evidence – have long been exposed as doctored fakes.

What Dutch-led “investigators” did this week is more PR trick. They name four suspects ostensibly to prosecute for murder in a Dutch court next year. Three of the named persons are reportedly Russian nationals, while the fourth is Ukrainian. All are said to be located presently in the Russian Federation. The JIT will request Russia extradite the alleged suspects to face trial. The JIT investigators claim that the named individuals “prove” a link between Russian military and the Ukrainian rebels.

It is extremely unlikely that Russia will extradite the persons. That is because they will not receive a fair trial given the extreme prejudice of the prosecutors. And also because the Russian state has been continually refused participation in the investigation and fair access to investigation files. Russia’s own significant evidence into the air disaster – and what could have really happened – has also been continually and unreasonably repudiated by the JIT.

The Dutch-led investigators know full well that Russia will not cooperate with their extradition requests. What will happen therefore is that the “indictments” forever hang in the air and serve as a quasi-conviction. This is the same cynical technique of the Mueller Report into alleged Russian interference in the 2016 US presidential elections. Mueller indicted several Russian citizens for “meddling” in the elections, inferring they were serving a Kremlin-directed operation. Those accused citizens will never be extradited to face a trial in the US. Mueller knew that and didn’t expect it. The purpose was to let indictments hang in the air to serve as a perpetual smear against Russia.

Unlike the Mueller probe which wound up earlier this year after two years of meandering, empty-handed investigation into alleged “Russian collusion”, the MH17 investigation is set to trundle on for several years to come.

Wilbert Paulissen, head of the national investigative department of the Dutch police, said the investigation has much further to go, according to Radio Free Europe reporting.

“Today, we – the JIT – have taken an important step, but – as we said – our investigation will not end with the prosecution of those four people,” he said.

“There were more people who played a role in the downing of MH17. Investigation also continues into the personnel running the air-defense missile system Buk and into the people who were an important link in the Russian Federation’s decision-making process to provide military support to [separatists in] eastern Ukraine.”

Dutch chief prosecutor Fred Westerbeke was also quoted as saying that Russia was involved in the “crime in one way or another.” He added, the Kremlin is “in a position to tell us what happened… I’m sure they know what happened.”

For the head of Dutch police and the state attorney to make such prejudicial statements against Russia before a court case has even been opened is an astounding contempt of due process. Russia has been convicted and condemned for the Malaysian airliner disaster without even having a chance to present an alternative narrative, never mind defense.

Moscow’s response to the latest JIT accusations this week was one of dismay. The Kremlin said it was “regrettable” and “baseless” –unworthy of a substantial response.

Russia’s own significant evidence in the MH17 catastrophe has been repeatedly rebuffed by the JIT. That evidence reportedly includes radar and air traffic control data which puts the onus of responsibility for the crash on the Ukrainian authorities in Kiev. Why was the plane apparently directed by Kiev along an air route over a war zone?

Most revealing, however, is that Buk missile evidence presented last year by the JIT inadvertently showed that the casing of the projectile allegedly involved in downing the plane indicated it was a 1986 model of that munition. That strongly suggests that the missile did not come from Russia, but rather belonged to the Ukrainian armed forces dating from the Soviet era.

Incredibly, for a so-called international criminal investigation, such highly pertinent evidence from Russia has been shunned. However, this oversight is not incredible when one considers that the real purpose of the Dutch-led JIT is not to uncover the truth and guilt over the MH17 incident. The real purpose is to serve as a NATO vehicle to frame-up Russia for an atrocity. An atrocity which in all likelihood was perpetrated by one of the investigating parties – the NATO-backed Ukrainian regime in Kiev.