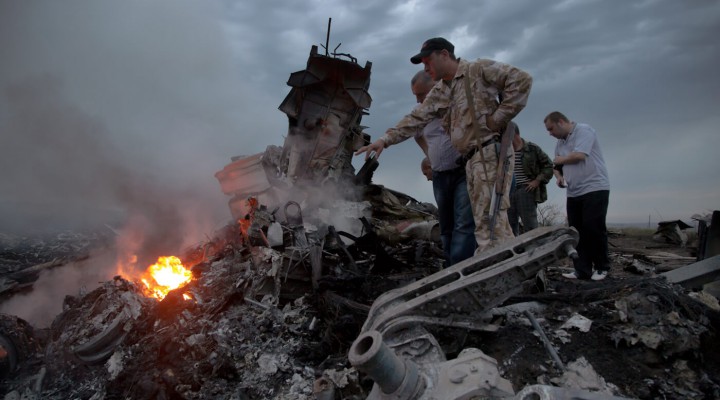 Former Ukrainian intelligence officer Vasily Prozorov’s testimony will likely be dismissed by Western governments that support Kiev, but there is plenty of evidence to back his claims.

A former top official in Ukraine’s Security Service (SBU), who recently fled the country, has given explosive testimony regarding the involvement of the Ukrainian government in the 2014 downing of the MH-17 passenger plane. The incident, which killed all 283 passengers and 15 flight crew members on board, had been blamed on Russia by Ukraine’s government, the United States and much of Western media.

In addition, the former official, Vasily Prozorov, told a group of international reporters that Ukraine’s controversial Azov Battalion, known for its Neo-Nazi ideology and symbolism, ran and maintained secret prisons in contested areas of Eastern Ukraine where there is fighting between pro-government forces and pro-Russian separatists. Prozorov, who has sought asylum in Russia, also accused the United States and the United Kingdom of training an SBU division that returned to Ukraine to conduct terrorist attacks in the Donbass region, which has been the site of a civil war since the overthrow of Ukraine’s government in 2014 in a U.S.-backed coup.

Prozorov’s identity was kept secret until the press conference began, in breaking with standard protocol. Prozorov then introduced himself, stating that he had been employed by the SBU from 1999 to 2018, but — after the U.S.-backed coup in 2014 — had contacted Russian intelligence and began working undercover in the central office of the SBU. He does not describe himself as a defector, as he stated that his allegiance remains with the Ukrainian people while the allegiance of those who came to power with U.S. assistance in 2014 has long been suspect.

Prozorov then noted that, soon after the coup and before the civil war between Western and Eastern Ukraine had begun, the SBU — at Kiev’s behest — had begun to plan combat operations in the East and that the government had requested that plans be made that would result in mass civilian deaths among ethnic Russian populations, who were to be labeled as “accomplices to terrorists.”

The former SBU officer also detailed how the post-coup SBU had established secret prisons where prominent dissidents of the U.S.-backed government were interrogated, tortured and even killed. One of those prisons, located at an airstrip in Mariupol, was nicknamed “the Library” and Prozorov compared it to a “concentration camp” and showed images of severely beaten detainees he claimed had been imprisoned at the site. The former SBU officer also stated that SBU’s decisions, in regards to the black-site prisons and other areas, were often “led” by foreign advisers from the United States and the United Kingdom. The SBU’s use of torture in Ukraine’s civil war has been well-documented even though the SBU blocked UN efforts to probe its extent.

In addition, Prozorov asserted that the Neo-Nazi Azov Battalion, a militia that was incorporatedinto Ukraine’s Interior Ministry as a component of the country’s National Guard, also operates its own prisons in the Anti-Terrorist Operation (ATO) zones in Eastern Ukraine. The Azov Battalion receives funding from the government of Ukraine as well as from the U.S. government and has also received weapons from the Israeli government.

Insights into the MH-17 downing

Prozorov’s most shocking statements were related to the 2014 downing of Malaysian Airlines Flight 17, or MH-17, which was promptly blamed on Russia by the post-coup Ukrainian government, the United States and much of the Western world. Prozorov stated, noting first that it was his personal opinion based on his experiences, that the Ukrainian government had been an “accomplice to the Malaysian MH-17 flight disaster.”

The amazingly prompt reaction of the Ukrainian leadership was the first thing that made me feel suspicious. My unequivocal opinion was President Pyotr Poroshenko and his press-service had prior knowledge of the affair. Secondly, hostilities had been underway for several months by then, but the airspace over the area was not closed.”

He also noted that his efforts to learn more about the circumstances of the disaster within the SBU from a senior officer were met with the following reply: “Don’t poke your nose into this business, if you don’t wish to have problems.” However, Prozorov noted that “some information has leaked out in the end, though.”

On the basis of my own analysis I can speculate who was an accomplice in the crime and who was involved in concealing evidence. In my opinion, there were two men involved – the current deputy chief of the Ukrainian presidential staff Valery Kondratyuk and chief of the Ukrainian Defense Ministry’s intelligence directorate, Vasyl Burba.” Though some may be quick to dismiss Prozorov’s testimony as “Russian propaganda,” many of his claims fit with independent reporting on the Ukrainian conflict. For instance, in regard to Prozorov’s claim of “black site” prisons, the SBU denied the UN access in 2016 to many detention centers in Mariupol — where Prozorov says “the Library” prison is located — and Kramatorsk. The SBU claimed that it blocked the UN inspectors access in order to protect “government secrets.” The UN had first tried to access the areas after several human-rights groups had found credible evidence of torture taking place at facilities in the area.

Prozorov’s claims that the post-coup SBU had made plans to murder ethnic Russians in the Donbass are also supported by publicly available evidence. For instance, when the civil war began, the Kiev-based government stated its intention to specifically target civilians in order “to clean the cities.” In 2016, then-Prime Minister Arseniy Yatsenyuk, who has been called “Washington’s man in Ukraine,” called pro-Russian civilians in the region “subhumans.” In an interview aired by the U.S.-funded, pro-government Ukrainian news channel Hromadske TV, a Ukrainian journalist aligned with the government asserted that the contested region was home to 1.5 million people “who are superfluous” and “must be exterminated.” With such sentiments having been openly stated by prominent politicians and journalists aligned with the current government in Kiev, Prozorov’s assertions seem hardly unreasonable. In regard to Ukraine’s alleged role in the downing of MH-17, it is worth noting that past reports by late American investigative journalist Robert Parry described in detail how the “independent” MH-17 investigation was almost completely dependent on information from Ukraine’s SBU in piecing together the event. According to Parry:

[This control by the SBU, combined with its past obstruction of the UN torture probe],suggests that the SBU also would steer the JIT away from any evidence that might implicate a unit of the Ukrainian military in the shoot-down, a situation that would be regarded as a state secret which could severely undermine international support for the U.S.-backed regime in Kiev. Among the SBU’s official duties is the protection of Ukrainian government secrets.”

In addition, one of Parry’s sources maintained that the CIA had, like Prozorov, found evidence that Ukraine’s government had indeed been “an accomplice” to the MH-17 incident:

A source who was briefed by U.S. intelligence analysts told me that the CIA’s conclusion pointed toward a rogue Ukrainian operation involving a hard-line oligarch with the possible motive of shooting down Russian President Vladimir Putin’s official plane returning from South America that day, with similar markings as MH-17. The source said a Ukrainian warplane ascertained that the plane was not Putin’s but the attack went ahead anyway, with the assumption that the tragedy would be blamed on the pro-Russian rebels or on Russia directly.”

Another reason Prozorov’s testimony should not be outright dismissed as propaganda is the fact that he pushed back on previous Russian media reports involving U.S. infiltration of the SBU. When asked by a reporter if he could confirm reports that foreign military officials, including Americans, occupied their own floor at SBU headquarters, Prozorov adamantly denied those claims, stating that after 2005 there were CIA officials present in SBU headquarters but that the practice had been discontinued. He stated that U.S. intelligence officials regularly visited SBU headquarters after the 2014 coup but were not based in the building.

Thus, while Prozorov’s testimony will likely be dismissed by mainstream Western media outlets and Western governments that support Kiev, there is plenty of evidence suggesting that many of his claims — including his most shocking — deserve careful consideration, not outright dismissal. Indeed, were Prozorov a defector from a country currently at odds with the U.S. — be it Russia, Venezuela or Iran — it is highly likely that mainstream media would repeat and his promote his claims regardless of their veracity. However, because he has sought asylum in Russia, his recent statements are unlikely to gain international traction merely because of where he is now located, in spite of the evidence supporting many of those statements.