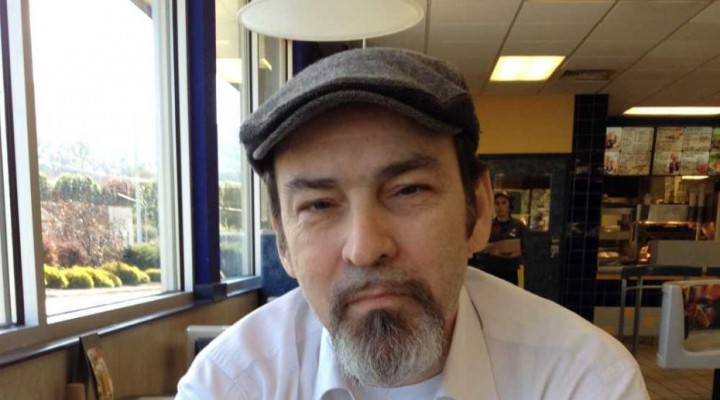 Professor Cavell gives his views on current developments in American politics with a historical perspective on socialist movements in US society.

Strategic Culture Foundation conducted the following interview with American professor of politics Colin S. Cavell on the seeming emergence of a more leftwing agenda among some Democratic politicians and a more radical consciousness among ordinary American citizens for social and economic equality.

Republican President Donald Trump has made frequent condemnation in speeches of “evil socialism”, as if betraying a fear among the American ruling class of such a popular turn towards socialism arising.

Democratic presidential candidates like Bernie Sanders, Elizabeth Warren and Tulsi Gabbard are openly calling for progressive increased taxation on wealthy Americans and corporations – reversing decades of neoliberal policies. American voters are rallying behind calls for more radical wealth re-distribution and policies that challenge the skyrocketing inequality in the US where a handful of billionaires now own more wealth than half (160 million) of the entire population.

Professor Cavell gives his views on current developments in American politics with a historical perspective on socialist movements in US society. He warns, however, that the political establishment and a pro-capitalist corporate news media are working assiduously to thwart any movement towards a more just, democratic society. He also says that the legacy of the Cold War has stunted development of socialism in the US, but there are signs this baleful anti-communist legacy is being overcome.

Q: Democratic Party presidential contender Bernie Sanders seems to be getting a lot of support from working-class Americans for his policies of medicare-for-all and progressive taxing of the rich. Do you think this portends an awakening among ordinary Americans for a socialist government?

Cavell: Most US citizens, to my understanding of the average perspective delineated by many surveys and depictions in newspapers, texts, and on the mainstream media, have little understanding of what socialism is, only a fear of what it is described to be by designing capitalist politicians.

Cavell: After a century of anti-communist and anti-socialist propaganda by the capitalist state and its supporters, “socialism” in the minds of most US citizens is a totalitarian hell with fire and brimstone where an evil Satanic dictator commands all to slave incessantly towards his own demands, all to the detriment of the body politic as well as to the diminishment of individual freedom and personal felicity.

Q: Do you seen any change in this general misunderstanding about socialism among the US population?

Cavell: After ceaselessly perpetuating such blather for now ten decades, the American people within the United States have begun, over the last few decades, to see through this smokescreen and, given the stagnant condition of their wages and living conditions in most cases and reversals in others since the 1970s, have concluded that the repeated mantra of the beneficent aspects of capitalism only benefit a small section of that class and not the great majority of the citizenry; hence, they are open to the voices of those like Sanders and other more leftwing Democrats, who are calling for the implementation of universal health care or medicare-for-all, or what traditionally has been referred to and disparaged by past US presidents and politicians as “socialized medicine.” What most US citizens in favor of this term understand is that medical costs will either be reduced or free of charge.

Q: What about policies for a wider socialist economy?

Cavell: As for any other aspects of “socializing” the economy, most are not clear about this, though there is generally strong support for extending access to education free-of-charge to institutions of higher education, that is, colleges and universities, as the student loan debt crisis is currently over $1.5 trillion and affects at least one-sixth of the US population, about 43 million adults. And, given that more education still holds out in the minds of many people the promise of a “better job”, meaning one with more pay and benefits, there is an inclination to advance oneself through the acquisition of more formalized education and degrees.

Q: How about the concept of social classes. Do Americans think of their society and economic inequality in class terms?

Cavell: Class consciousness is present amongst most citizens, although it is seldom articulated, at least not in the public media; instead, the US is still said to be a nation free of classes where merit will ensure that all who are worthy and who work hard will rise and be able “to pull themselves up by their own bootstraps”. Moreover, most US citizens believe they are members of the “middle class” despite the fact that the overwhelming majority live from paycheck-to-paycheck and have little to no savings should an emergency arise. So, no, what is not present is a working-class conscious of its own existence, functionality, strength, and power. What is not present is a working-class conscious of its historic role to forcibly overthrow capitalism if it is to enjoy any real sense of freedom. What they enjoy as consumers of products is what they equate with freedom, for example, having a cellphone, a car, an apartment, clothes, gadgets, food of some sort. As long as the capitalists are able to satiate the public with what the Romans referred to as “bread and circuses”, their rule is protected. Thus, at the current moment, ordinary US citizens are open to the possibility of medicare-for-all (free health care) and education-for-all through college and university (that is, free education); beyond that, only a failure of the US economy to provide sufficient jobs (that is, more than 5% unemployment rate) will engender the average US citizen to entertain what a socialist government and society may look like.

Q: What are the precedents for popular socialism in the US over the decades, for example, Eugene Debs and the Haymarket Martyrs?

Cavell: While utopian socialist communities existed in the US in the early nineteenth century, it was the worker demonstrations in Chicago, Illinois, on May 4, 1886, which ended with eight anarchists convicted of conspiracy and seven workers sentenced to death – the Haymarket Martyrs – which gave rise to the power of labor and a force to be reckoned with. Out of this attack on a peaceful organizing by workers arose International Labor Day to be commemorated on May 1, International Labor Day or International Workers Day, around the world each year to demand the legal establishment of the 8-hour work day, the class demands of the proletariat, and for universal peace.

Q: That is quite a remarkable American legacy for international socialism, despite its subsequent suppression in the US. How about the legacy of Eugene Debs who ran for the presidency as a self-declared socialist candidate over a century ago?

Cavell: Socialist candidate Eugene V. Debs ran as a candidate for the presidency on the socialist party ticket in 1900. Debs continued to run as a candidate for the US presidency on the Socialist Party of America ticket in 1904, 1908, 1912, and 1920, with the latter campaign seeing Debs garner nearly one million votes, even though Debs was behind bars in prison at the time. By 1919, the Communist Party USA (CPUSA) adopted the leading mantle of a Marxist-oriented communist party and would play a leading role in the labor struggles of the trade union CIO until the McCarthyite repression instituted by organized capital from 1950-1954 began the slow but steady repression of the Communist Party and all who supported it, ending with the merger of the CIO with the AFL in 1955. Socialist ideas, while informing labor and political activists from the 1950s to the 1990s, were largely retained by academics, one of the few areas that had some degree of freedom within US society. While specialized newspapers, journals, and websites are supported by a number of worker-oriented political parties today, mainstream capitalist media ensures that their rhetoric and arguments are largely absent from popular political debates.

Q: So much for America’s much-vaunted claims of free speech and independent media. Do you envisage the near possibility of Americans voting for socialism?

Cavell: Though my desire is for such a possibility to become reality, it is my candid assessment of US politics and the powers that enforce it which dissuades me from entertaining such a prospect. The capitalist class, if it has demonstrated anything over the past century, is ready and willing to crush any socialist or communist alternative to capitalism.

Q: Is Bernie Sanders a credible socialist prospect for president? Who else if not Bernie, Tulsi Gabbard or Elizabeth Warren?

Cavell: In my opinion, if a presidential election were held in the USA today without the usual interferences and obstructions of both the Democratic and Republican Parties, the mainstream media, etc., then Bernie Sanders would be an easy winner. This, however, will never come to pass, as the capitalist class and all of its mechanisms will ensure that Bernie never reaches the nomination of the Democratic Party and thus will not be a candidate in the General Election of 2020 for the presidency.

Trump’s Demagoguery Goes Off the Rails

0 thoughts on “Is America Ready for Socialism?”