HOME / WORLD / For Fox Sake… Has US Any Intelligent Diplomats?

For Fox Sake… Has US Any Intelligent Diplomats? 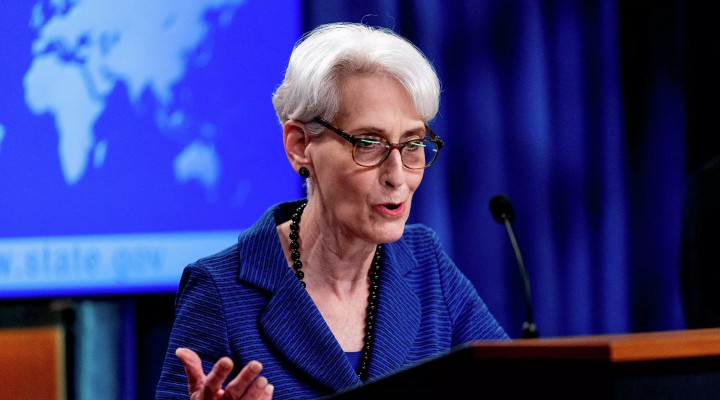 Foxes seem to be in vogue during the high-stakes talks this week between the US and Russia over deteriorating security conditions in Europe.

The BBC headlined with this: “Can the Silver Fox outwit Vladimir Putin?” The report was referring to Wendy Sherman, the gray-haired diplomat who is leading the US delegation in discussions with Russian counterparts in Geneva, Brussels and Vienna.

Deputy Secretary of State Sherman is described glowingly as an expert negotiator whose wily ways may get the better of Russia on how to reduce dangerous tensions in Europe. (In truth, with people like her, the tensions will only get worse.)

Earlier, Sherman’s boss at the US State Department, Secretary of State Antony Blinken also invoked the image of a fox pertaining to negotiations. Blinken disparagingly said that Russia’s complaints about Ukraine undermining its national security was tantamount to a prowling fox protesting about hens in a henhouse. (A stupid analogy devoid of any reality.)

The problem for Russia is that it is dialoguing with American (and European) diplomats who are rather dumb and who have no concept of objective realities. The Americans in particular are so infused with their own arrogant sense of exceptionalism and virtue, it is almost impossible to make any sort of intelligent connection with them.

Remember, supposed “foxy Sherman” nearly derailed past negotiations with Iran over the nuclear deal when she opined undiplomatically that “lying was in the DNA” of Iranians. As if the Americans are known for integrity! A point later affirmed when the deal she helped cobble together was later trashed by President Trump.

Or how about Blinken snidely commenting on Russian security forces going to assist fellow CTSO-member Kazakhstan during the recent political turmoil. Blinken said the problem would be getting Russian troops to leave. This is from an official of a country whose troops are illegally occupying Syria and looting its oilfields.

Blinken, Sherman and all other US politicians assert that Russia invaded Ukraine in 2014 and that Moscow is currently “planning to invade again.” There is no awareness or admission of the CIA-backed coup in Kiev in 2014 and the launching of an ongoing civil war by the NATO-backed regime.

Washington doesn’t have diplomats. It has mouthpieces spouting propaganda points that have no basis in facts. That’s why the Silver Fox cannot outwit Putin, because that’s a completely oxymoronic way of looking at a major geopolitical problem.

The explosive situation stems from the US and its NATO partners having installed a regime on Russia’s doorstep that is obsessed with antagonizing Moscow. The American and NATO denial of the Neo-Nazi character of their client state is part of the quandary.

Construing the situation as a simplistic plot by Putin and the Kremlin may fit into a facile US propaganda narrative. But that does not address the geopolitical reality. Therefore current negotiations will hardly lead to any stable solution. Dialogue and solution require some common cognizance.

The civil war in Ukraine between the NATO-backed Kiev regime and the ethnic Russian population in the Southeastern Donbas region is fueled by Kiev’s aggression and massive US military support. The Kiev regime has refused to implement a peace accord and in fact, continues to breach a ceasefire by attacking the Donbas.

The continuation of the conflict is deliberately pursued because it allows the Kiev regime to peddle the myth about “Russian aggression”. This myth is the lynchpin for aspirations to join the US-led NATO alliance which in turn will furnish lucrative weapons contracts and make a lot of Ukrainian oligarchs even richer.

It would be insanity on the part of Russia to permit the NATO alliance to gain any bigger foothold in Ukraine than it already has. It is absolutely imperative from Moscow’s point of view based on its existential national defense that the US-led military bloc exclude Ukraine and any other neighboring state. The reality is that the US and NATO have weaponized a Russophobic regime that would, if given the chance, install missiles capable of hitting Moscow within minutes.

Blinken, Sherman and all the other dimwit diplomats who extol NATO as a “defensive, democratic” alliance are doing so out of deep ignorance and arrogance. They are incapable of understanding Russia’s very real concerns and reciprocating.

After eight hours of “in-depth” discussions in Geneva with Russian Deputy Foreign Minister Sergei Ryabkov during which the Russian official explained exhaustively the security concerns and rejected categorically any invasion plans, Sherman still told reporters afterward that she wasn’t sure about Russia’s “commitment to diplomacy”. She speculated that the Russian aim was to deliberately fail the talks and then to proceed with its alleged invasion plan for Ukraine.

Ms Sherman has less the agile cunning of a fox and rather more the obdurate dumbness of a tank. The same goes for the rest of the diplomat corps in Washington. They’re all hopelessly clueless, paralyzed mentally from their own ridiculous propaganda.

Where Are the Realists?

Americans are a non-serious people “playing with fire”

Does Russia Understand She Is Dealing With Lunatics?

0 thoughts on “For Fox Sake… Has US Any Intelligent Diplomats?”