Betraying Kurds is the American Way 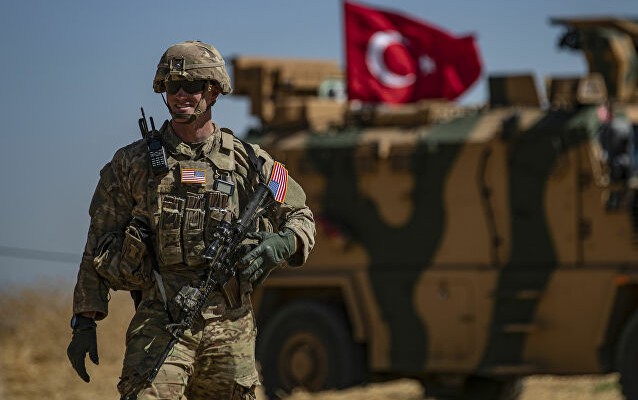 US President Donald Trump is being roundly condemned by bi-partisan voices in Washington for “selling out” the Kurds in Syria. But the histrionics declaring that America’s honour has been sullied by Trump are, in many ways, absurd, given the long history of US double-crossing the Kurds.

Republican and Democrat lawmakers lined up to rebuke the president for throwing Kurdish allies to the mercy of a Turkish military assault. Even close political supporters of Trump, such as Senators Lindsey Graham and Marco Rubio, denounced his seeming lack of principle in abandoning the Kurds.

Former Trump acolyte, Nikki Haley, who was formerly the US ambassador to the UN, deplored how the president’s decision to withdraw American troops from the path of a Turkish incursion into Syria was “leaving the Kurds to die”. She and other politicians and media pundits hailed the Kurdish forces as crucial American allies in the fight against jihadist terror groups in Syria.

Trump’s announcement was a fiendish betrayal and a blot on America’s honourable image, so the consensus in Washington would have us believe. What is rather laughable about the sanctimonious uproar in Washington is the astounding denial, or seeming lack of awareness, among American politicians and media about how the ethnic Kurdish people have been habitually abused and shafted over many decades for US imperialist interests.

The notion doing the US media rounds this week that Trump’s grubby deal with Erdogan is somehow an outrageous, unprecedented lapse in American honour is completely at odds with historical facts.

Historically, Washington has at times enlisted the Kurds as proxies to destabilise incumbent governments it disapproves of, and just as quickly, shown a callous disregard for Kurds once their perceived usefulness to American interests has expired.

In the 1970s, when Iran under the Shah was a US ally, Washington mobilised Kurds inside Iraq to destabilise Baghdad for Iranian interests. But when Iraq and Iran reconciled temporarily in 1975, the Kurds were left to the mercy of the Iraqi regime taking its vengeance. During the early 1990s, when the US turned on its former client Saddam Hussein in Iraq and bombed that country to smithereens in the First Gulf War, then-President George Bush Sr called on the Kurds to rise up against Iraq. The uprising was then smashed by Saddam and the Kurds were left out to hang and die, many of them in snowbound refugee camps. Washington again had washed its hands of their plight.

But the nadir of American betrayal was in 1988 when US military intelligence knowingly provided Saddam with satellite and logistics to carry out the notorious chemical weapon massacre against the Kurdish city of Halabja in northern Iraq. This was during the US-backed Iraq war with Iran (1980-88). Washington knew Saddam was going to use chemical weapons to deter Iranian advances, and Washington dutifully lent a critical hand in carrying out the massacre at Halabja where up to 5,000 Kurdish civilians were slaughtered with Sarin and Mustard Gas.

So, the idea peddled this week that America has some kind of noble relationship with the Kurds is a conceited fantasy which is indulged by politicians and media in order to give US imperialism a veneer of moral righteousness. And as another way to undermine Trump.

During the recent Syrian war – a war illegally sponsored by Washington as covert regime-change aggression – it is a regrettable fact that Syrian Kurdish forces were enlisted as proxies to do America’s dirty work. That dirty work was not primarily about “fighting jihadist terror groups”. How could it be, when the Americans were elsewhere secretly supplying these jihadists with weapons and other equipment? The Kurds of Syria have been used by Washington to carve out areas of the country to destabilise the sovereign government in Damascus. Under the guise of helping the Kurds establish their own autonomous region in Syria, the Americans have only really been interested in using the Kurds as a proxy to break up their own nation.

It is understandable the shame and disgust felt by Syrian Kurds in light of President Trump’s apparent betrayal. He claims he is not betraying them. But what else does it look like?

However, the pious outcry in Washington is farcical given the long and sordid history of American treachery against the Kurds. Also, let’s get this straight. American forces are illegally occupying parts of Syria. They are guilty of war crimes, as are political leaders in Washington. US forces need to get out of Syria immediately with the ignominious label of criminal invaders.

And Kurdish leaders are not blameless either. They should also be censured for allowing their people to have once again been exploited and violated by American imperialist interests.

The Syrian Kurds should now do what they should have done, which is to join forces with the Syrian Arab Army – and defend their country from all foreign enemies, including their so-called American patrons.

0 thoughts on “Betraying Kurds is the American Way”