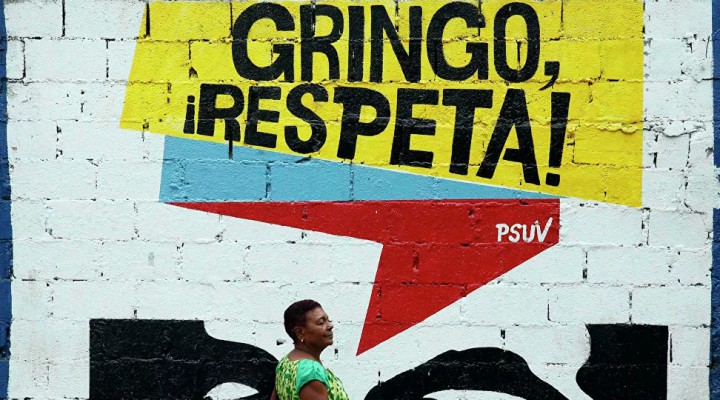 Official White House denials of involvement in a coup plot against Venezuela are in themselves worth nothing but contempt. With Washington’s decades-long record of blood-soaked dirty tricks in Latin America, inciting armed coups and aggression is what we should expect.

But there’s something not adding up about the attempted incursion on Venezuela’s northeast coast this week. A video aired by Venezuelan state television shows a US mercenary candidly confessing to participating in a coup along with other American former commandos.

The desperadoes were captured by Venezuelan security forces as they tried to come ashore on two small vessels. At least six of the would-be invaders were reportedly killed in a shoot-out.

President Donald Trump has denied involvement of the White House in the daring – if not madcap – raid. That, however, has not stopped skeptics speculating that the seaborne plot was a Bay of Pigs-style operation, referring to the ill-fated 1961 invasion of Cuba signed off by then President John F Kennedy.

Skeptics are well-placed to doubt the word of Trump and his administration, considering such hare-brained claims by this president about household bleach being a possible antidote to the COVID-19 disease, or the origin of the global pandemic being a virus released from a Chinese laboratory.

Trump and his self-confessed lying Secretary of State Mike Pompeo haven’t a shred of credibility. Therefore what they say about the Venezuelan incident hardly matters.

Nevertheless, it is perhaps prudent to be cautious about accusations of White House complicity in the latest botched military escapade in Venezuela.

For a start, comparison with the Bay of Pigs battle seems a stretch. In that fiasco six decades ago, the invasion force numbered some 2,000 mercenaries, mainly Cuban opponents of Fidel Castro’s revolutionary government, as well as CIA officers on the ground backed up by US warplanes and warships.

The decisive defeat of the US-sponsored invasion led to international disgrace for Washington and bitter internal political recriminations which were subsequently linked to Kennedy’s assassination some two years later.

In the latest Venezuelan incident, the incursion involved two small vessels and a force of around 60 fighters.

The alleged plot seems too ridiculous to be taken as a serious operation that could have involved top support in Washington. Apparently, the plan was to overwhelm Venezuela’s formidable defense forces, capture the country’s president Nicolas Maduro and fly him to the US to face charges over alleged drug-dealing.

The ex-Green Beret in the confession video, named as Luke Alexander Denman, from Austin, Texas, says at one point that the operation was ultimately commanded by President Trump. Denman appears to be under no duress while responding to questions. Yet within hours of being captured, he is singing like a cheery canary implicating not only Trump but other key members of the operation.

What appears to be certain is the group of mercenaries were organized by a Florida-based security contractor, Silvercorp USA. The CEO is another ex-Green Beret called Jordan Goudreau. A cheesy promotional video for the company indicates its CEO has a rockstar wannabe complex.

While the debacle was unfolding in Venezuela, Silvercorp’s Goudreau was boasting to US media that “his men” were in the midst of a coup. Does that sound like a credible coup master or someone who is looking for 15 minutes of fame?

A profile of the Silvercorp boss by AP reveals a person who is out of his depth in half-baked Venezuelan intrigues. Goudreau comes across as having delusions of grandeur as well as being a soldier of fortune. As former US military colleagues put it, he is someone looking to cash in his past war experience for “a big pay day”. He claims to have been in the CIA and to have personally worked for Trump.

The nearest he got to know Trump, apparently, was a fruitless introduction in the past to a private bodyguard employed by the American president. It is not surprising that people working for Silvercorp are apt to believe their boss’s delusions. Hence the captured mercenary’s dodgy claim that Trump was commanding the operation. The same guy also sounds hopelessly naive and misinformed about Venezuela.

It is more than plausible that with all the US war veterans out there, there are plenty of Rambo-types who want to exploit Washington’s foreign dirty work.

The Trump administration deserves censure for its hostility towards Venezuela which has fueled the kind of folly just witnessed. But to elevate the incident into a Bay of Pigs-style operation signed off by the White House is giving far too much credibility to this buffoonish administration.