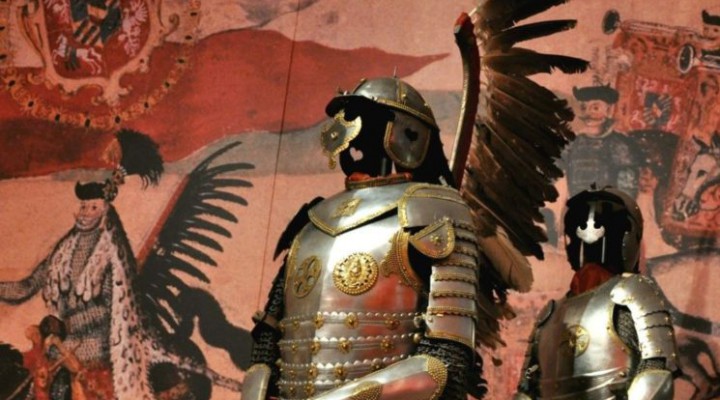 According to the Polish Foreign Minister, Jacek Czaputowicz, a nuclear deterrent is the only way for European countries to demonstrate their sovereignty. Czaputowicz proposed that France share its nuclear weapons with the rest of the EU as well hand over to it its place on the UN Security Council.

Poland and Ukraine cannot stop provoking laughter from international observers. After the lunatic idea circulating in Ukraine of resurrecting the country’s nuclear arsenal, it is now Poland’s turn to send shockwaves around Europe. Polish foreign minister Czaputowicz proposed that France share its nuclear arsenal and hand over its seat on the United Nations Security Council (UNSC) to the European Union. It is is worth noting that this suggestion did not even receive an official comment from Paris, showing that there was little prospect of the Polish idea being taken seriously. Warsaw continues its opposition to the EU’s domestic policies on migration and austerity, while in foreign policy, agrees with countries like Ukraine and the United States, particularly the neocon faction opposed to Russia. If there is a distinctive feature in the political proposals that come from Poland, it is an acute Russophobia. The idea of ​​hosting a US base on Polish territory, and assuming its costs, is another Polish proposal. The Americans are serious considering taking them up on the offer.

The Poles and the Ukrainians would be willing to sacrifice themselves on behalf of their allies for the privilege of being able to poke the Bear. Fortunately for them, Paris, London and Berlin have neither the military capabilities nor the suicidal intention to challenge Moscow with permanent military bases on its border. Neither do they wish to share their nuclear weapons with other EU countries, nor engage in any such hare-brained ideas that threaten humanity as the American Aegis Ashore system or the planned US withdrawal from the INF Treaty.

The proposal that France grant its UNSC seat to the European Union is not such a far-fetched idea if we consider the political evolution of the last 70 years. Certainly the Security Council no longer represents the balance of power of the 1950s. The UNSC is exactly like a nuclear deterrent: once you have it, it becomes virtually impossible to voluntarily give it up. It reflects a guiding principle of the great powers, whereby no concession ought to be given to competitors, allies or enemies, especially concerning matters that are fundamental and strategically important in the short, medium and long term.

For our current multipolar context, certainly a Security Council without the UK and France would make more sense, especially if the EU, India and a representative of South America were to be granted seats in their place, thereby better reflecting the subdivision of power in the world today. Clearly the motivations that have pushed Czaputowicz to make this request to Paris have nothing to do with an effort to rebalance global forces in the UNSC. Rather, it seems like the umpteenth example of a strongly Russophobic Eastern European country going against the policies of Brussels and actively opposing both Berlin and Paris, only to result in creating further subdivisions within the EU.

The disintegration of the European Union proceeds along two tracks: along domestic matters and along foreign policy. In domestic terms, austerity policies that stem from a lack of economic, financial and monetary sovereignty continue to isolate Berlin and Paris from the remaining EU capitals, with the so-called Visegrád Group (Czech Republic, Poland, Hungary and Slovakia) leading the uprising. In terms of foreign policy, the situation seems even more complicated, with countries friendly to Moscow, like Italy and Hungary, trying to stem the open Russophobia of Poland, the Baltic countries, and even the non-EU Ukrainians and Georgians who fan the flames of provocations.

One should not forget that there are two factors that can play in the favor of those pushing for the disintegration of the EU. One is the sabotage of the North Stream 2 (NS2), which could constitute a red line for Berlin, given that it would have enormous financial and strategic repercussions concerning energy supply. It is likely that Germany would bring to bear all diplomatic and economic weapons at her disposal to harm countries attempting to sabotage plans for the creation of NS2.

It is no coincidence that Czaputowicz, when he cited the NS2 project as an example of confrontation between Poland and Germany, promptly clarified that both Berlin and Warsaw see a political rival in Moscow to keep under control.

The other example (fortunately the most remote and unlikely to sabotage the NS2) concerns the drumbeats of war in Ukraine beaten by the likes of London and Warsaw. These countries would not hesitate to use another provocation against the Donbass to seek further sanctions against Moscow and its companies, and possibly even European companies that may continue to trade and cooperate with the Russian Federation. In this way, British and Polish politicians would, on the one hand, further drive a wedge between EU countries and Russia. But on the other hand, they would risk breaking up the united front sanctioning Russia, by forcing countries to break ranks as a result of the economic costs they bear from participating in such sanctions.

Czaputowicz’s proposal for the French UN seat, and especially for the sharing of France’s nuclear deterrent, highlights the levels of craziness countries like the UK, Poland, Ukraine and the Baltics states have reached, as they continue to work themselves into a frenzy over the non-existent Russian threat.