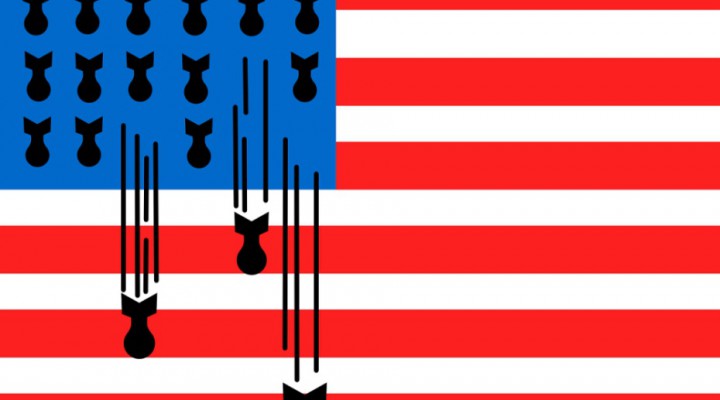 The US has never really declared war on Islamic terrorism. In reality, it has simply used this justification to occupy or destabilize strategically important areas of the world in the interests of maintaining American hegemony.

The Washington Post, through documents released through the Freedom of Information Act, has published a long investigation into Afghanistan. Journalists have collected over 400 testimonies from American diplomats, NATO generals and other NATO personnel, that show that reports about Afghanistan were falsified to deceive the public about the real situation on the ground.

After the tampering with and falsification of the report of the Organization for the Prohibition of Chemical Weapons (OPCW), we are witnessing another event that will certainly discomfit those who have hitherto relied on the official reports of the Pentagon, the US State Department and international organizations like the OPCW for the last word.

There are very deliberate reasons for such disinformation campaigns. In the case of the OPCW, as I wrote some time back, the aim was to paint the Syrian government as the fiend and the al-Qaeda- and Daesh-linked “moderate rebels” as the innocent souls, thereby likely justifying a responsibility-to-protect armed intervention by the likes of the US, the UK and France. In such circumstances, the standing and status of the reporting organization (like the OPCW) is commandeered to validate Western propaganda that is duly disseminated through the corporate-controlled mainstream media.

In this particular case, various Western capitals colluded with the OPCW to lay the groundwork for the removal of Assad and his replacement with the al-Nusra Front as well as the very same al-Qaeda- and Daesh-linked armed opposition officially responsible for the 9/11 attacks.

As if the massaging of the OPCW reports were not enough in themselves to provoke international outrage, this dossier serves to give aid and comfort to jihadi groups supported by the Pentagon who are known to be responsible for the worst human-rights abuses, as seen in Syria and Iraq in the last 6 years.

False or carefully manipulated reports paint a picture vastly different from the reality on the ground. The United States has never really declared war on Islamic terrorism, its proclamations of a “War on Terror” notwithstanding. In reality, it has simply used this justification to occupy or destabilize strategically important areas of the world in the interests of maintaining US hegemony, intending in so doing to hobble the energy policies and national security of rival countries like China, Iran and the Russian Federation.

The Post investigation lays bare how the US strategy had failed since its inception, the data doctored to represent a reality very different from that on the ground. The inability of the United States to clean up Afghanistan is blamed by the Post on incorrect military planning and incorrect political choices. While this could certainly be the case, the Post’s real purpose in its investigation is to harm Trump, even as it reveals the Pentagon’s efforts to continue its regional presence for grand geopolitical goals by hiding inconvenient truths.

The real issue lies in the built-in mendacity of the bureaucratic and military apparatus of the United States. No general has ever gone on TV to say that the US presence in Iraq is needed to support any war against Iran; or that Afghanistan is a great point of entry for the destabilization of Eurasia, because this very heart of the Heartland is crucial to the Sino-Russian transcontinental integration projects like the Eurasian Economic Union (EAEU) and the Belt and Road Initiative. In the same vein, the overthrow of the Syrian government would have ensured Israel a greater capacity to expand its interests in the Middle East, as well as to weaken Iran’s main regional ally.

The Post investigation lays bare the hypocrisy of the military-industrial complex as well as the prevailing political establishments of Europe and the United States. These parties are not interested in human rights, the wellbeing of civilians or justice in general. Their only goal is to try and maintain their global hegemony indefinitely by preventing any other powers from being able to realize their potential and thereby pose a threat to Atlanticist preeminence.

The war in Iraq was launched to destabilize the Middle East, China’s energy-supply basin crucial to fueling her future growth. The war in Syria served the purpose of further dismantling the Middle East to favor Saudi Arabia and Israel, the West’s main strategic allies in the Persian Gulf. The war in Afghanistan was to slow down the Eurasian integration of China and Russia. And the war in Ukraine was for the purposes of generating chaos and destruction on Russia’s border, with the initial hope of wresting the very strategically area of Crimea from Russia.

The best-laid plans of mice and men often go awry, and this has been on full display in recent times. Almost all of Washington’s recent strategic objectives have ended up producing results worse than the status quo ante. In Iraq there is the type of strong cooperation between Baghdad and Tehran reminiscent of the time prior to 1979. Through Hezbollah, Iran has strengthened its position in Syria in defense of Damascus. Moscow has found itself playing the role of crucial decider in the Middle East (and soon in North Africa), until only a few years ago the sole prerogative of Washington. Turkey’s problems with NATO, coupled with Tel Aviv’s open relation with Moscow are both a prime example of Washington’s diminishing influence in the region and Moscow’s corresponding increase in influence.

The situation in Afghanistan is not very different, with a general recognition that peace is the only option for the region being reflected in the talks between the Afghans, the Taliban, the Russians, Chinese, Indians and Pakistanis. Beijing and Moscow have well known for over a decade the real intent behind Washington’s presence in the country, endeavoring to blunt its impact.

The Post investigation only further increases the public’s war weariness, the war in Afghanistan now having lasted 18 years, the longest war in US history. Jeff Bezos, the owner of the Post, is a bitter opponent of Trump and wants the president to come clean on the Afghanistan debacle by admitting that the troops cannot be withdrawn. Needless to say, admitting such would not help Trump’s strategy for the 2020 election. Trump cannot afford to humiliate the US military, given that it, along with the US dollar, is his main weapon of “diplomacy”. Were it to be revealed that some illiterate peasants holed up in caves and armed with AK-47s some 40 years ago are responsible for successfully keeping the most powerful army in history at bay, all of Washington’s propaganda, disseminated by a compliant media, will cease to be of any effect. Such a revelation would also humiliate military personnel, an otherwise dependable demographic Trump cannot afford to alienate.

The Washington Post performed a service to the country by shedding light on the disinformation used to sustain endless war. But the Post’s intentions are also political, seeking to undermine Trump’s electoral chances by damaging Trump’s military credentials as well as his standing amongst military personnel. What Washington’s elite and the Post do not know, or perhaps prefer to ignore, is that such media investigations directed against political opponents actually end up doing irreparable damage to the political and military prestige of the United States.

In other words, when journalist do their job, the military industrial complex finds it difficult to lie its way through wars and failures, but when a country relies on Hollywood to sustain its make-believe world, as well as on journalists on the CIA payroll, on compliant publishers and on censored news, then any such revelations of forbidden truths threaten to bring the whole facade crashing down.

Intel Drop: Carelessness and Cowardice Has Cost Us Our Nation…