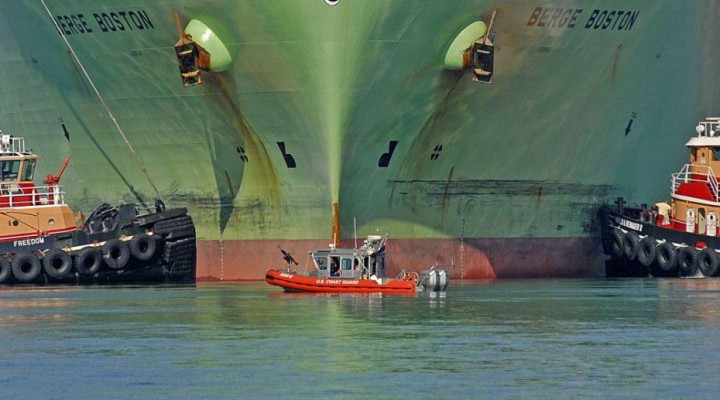 One of the most important energy battles of the future will be fought in the field of liquid natural gas (LNG). Suggested as one of the main solutions to pollution, LNG offers the possibility of still managing to meet a country’s industrial needs while ameliorating environmental concerns caused by other energy sources. At the same time, a little like the US dollar, LNG is becoming a tool Washington intends to use against Moscow at the expense of Washington’s European allies.

To understand the rise of LNG in global strategies, it is wise to look at a graph (page 7) produced by the International Gas Union (IGU) where the following four key indicators are highlighted: global regasification capacities; total volumes of LNG exchanged; exporting countries; and importing countries.

From 1990 to today, the world has grown from 220 million tons per annum (MTPA) to around 850 MTPA of regasification capacity. The volume of trade increased from 20-30 MTPA to around 300 MTPA. Likewise, the number of LNG-importing countries has increased from just over a dozen to almost 40 over the course of 15 years, while the number of producers has remained almost unchanged, except for a few exceptions like the US entering the LNG market in 2016.

There are two methods used to transport gas. The first is through pipelines, which reduce costs and facilitate interconnection between countries, an important example of this being seen in Europe’s importation of gas. The four main pipelines for Europe come from four distinct geographical regions: the Middle East, Africa, Northern Europe and Russia.

The second method of transporting gas is by sea in the form of LNG, which in the short term is more expensive, complex and difficult to implement on a large scale. Gas transported by sea is processed to be cooled so as to reduce its volume, and then liquified again to allow storage and transport by ship. This process adds 20% to costs when compared to gas transported through pipelines.

The construction of infrastructure to accommodate LNG ships is ongoing in Europe, and some European countries already have a limited capacity to accommodate LNG and direct it to the national and European network or act as an energy hub to ship LNG to other ports using smaller ships.

According to King & Spalding:

“All of Europe’s LNG terminals are import facilities, with the exception of (non-EU) Norway and Russia which export LNG. There are currently 28 large-scale LNG import terminals in Europe (including non-EU Turkey). There are also 8 small-scale LNG facilities in Europe (in Finland, Sweden, Germany, Norway and Gibraltar). Of the 28 large-scale LNG import terminals, 24 are in EU countries (and therefore subject to EU regulation) and 4 are in Turkey, 23 are land-based import terminals, and 4 are floating storage and regasification units (FSRUs), and the one import facility in Malta comprises a Floating Storage Unit (FSU) and onshore regasification facilities.”

The South Stream project, led by Eni, Gazprom, EDF and Wintershall, should have increased the capacity of the Russian Federation to supply Europe with 63 billion cubic meters annually, positively impacting the economy with cheap supplies of gas to Bulgaria, Greece, Italy, Serbia, Hungary, Austria and Slovenia. Due to the restrictions imposed by the European Union on Russian companies like Gazprom, and the continuing pressure from Washington to abandon the project and embrace imports from the US, the construction of the pipeline have slowed down and generated tensions between Europe and the US. Washington is piling on pressure on Germany to derail Nord Stream 2 and stop the construction of this important energy linkage.

Further tension has been added since ENI, an Italian company that is a leader in the LNG sector, recently discovered off-shore in Egypt one of the largest gas fields in the world, with an estimated total capacity of 850 billion cubic meters. To put this in perspective, all EU countries demand is about 470 billion cubic meters of gas in 2017.

ENI’s discovery has generated important planning for the future of LNG in Europe and in Italy.

Problems have arisen ever since Donald Trump sought to oblige Europeans to purchase LNG from the US in order to reduce the trade deficit and benefit US companies at the expense of other gas-exporting countries like Algeria, Russia and Norway. As mentioned, LNG imported to Europe from the US costs about 20% more than gas traditionally received through pipelines. This is without including all the investment necessary to build regasification plants in countries destined to receive this ship-borne gas. Europe currently does not have the necessary facilities on its Atlantic coast to receive LNG from the US, introduce it into its energy networks, and simultaneously decrease demand from traditional sources.

This situation could change in the future, with LNG from the US seeing a sharp increase recently. In 2010, American LNG exports to Europe were at 10%; the following year they rose to 11%; and in the first few months of 2019, they jumped to 35%. A significant decrease in LNG exports to Asian countries, which are less profitable, offers an explanation for this corresponding increase in Europe.

But Europe finds itself in a decidedly uncomfortable situation that cannot be easily resolved. The anti-Russia hysteria drummed up by the Euro-Atlantic globalist establishment aides Donald Trump’s efforts to economically squeeze as much as possible out of European allies, hurting European citizens in the process who will have to pay more for American LNG, which costs about a fifth more than gas from Russian, Norwegian or Algerian sources.

Projects to build offshore regasifiers in Europe appear to have begun and seem unlikely to be affected by future political vagaries, given the investment committed and planning times involved:

Washington, with its LNG ships, has no capacity to compete in Asia against Qatar and Australia, who have the lion’s share of the market, with Moscow’s pipelines taking up the rest. The only large remaining market lies in Europe, so it is therefore not surprising that Donald Trump has decided to weaponize LNG, a bit as he has the US dollar. This has only driven EU countries to seek energy diversification in the interests of security.

The European countries do not appear to be dragging their feet at the prospect of swapping to US LNG, even though there is no economic advantage to doing so. As has been evident of late, whenever Washington says, “Jump!”, European allies respond, “How high?” This, however, is not the case with all allies. Germany is not economically able to interrupt Nord Stream 2. And even though the project has many high-level sponsors, including former chancellor Gerhard Schröder, the project constantly seems to be on the verge of being stopped – at least in Washington’s delusions.

Even Eni’s discovery of the gas field in Egypt has annoyed the US, which wants less competition (even when illegal, as in the case of Huawei) and wants to be able to force its exports onto Europeans while maintaining the price of the LNG in dollars, thereby further supporting the US dollar as the world’s reserve currency in the same manner as the petrodollar.

The generalized hysteria against the Russian Federation, together with the cutting off of Iranian oil imports at Washington’s behest, limit the room for maneuver of European countries, in addition to costing European taxpayers a lot. The Europeans appear prepared to set whatever course the US has charted them, one away from cheaper gas sources to the more expensive LNG supplied from across the Atlantic. Given the investments already committed to receive this LNG, it seems unlikely that the course set for the Europeans will be changed.

0 thoughts on “Latest Weapon of US Imperialism: Liquified Natural Gas”