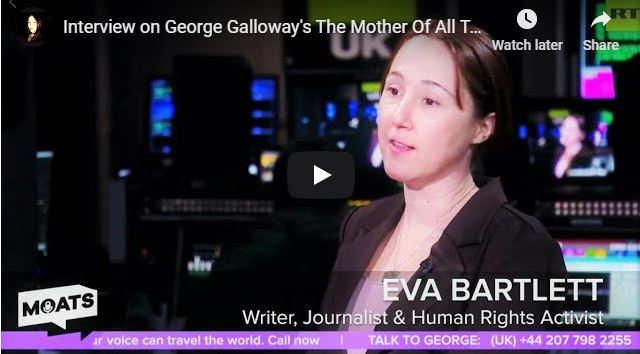 In London, I was on George Galloway’s The Mother Of All Talkshows Sunday night to discuss Syria.

George gives an excellent introduction on the nature of systematic, paid-for, organized, deliberate, war propaganda on Syria, to deceive people and whitewash the nature of the heinous, criminal, actions of the terrorists dubbed by the west as “rebels” who have beheaded children, among other crimes.

He kindly points out that I and others who have been telling the truth on Syria are being vindicated on a daily basis.

During the interview, I noted the media portrayal of what is happening in Syria (incessant demonization of Syria and Russia), and that Syria has a legal right to fight terrorism, and an obligation to the Syrian people to do so.