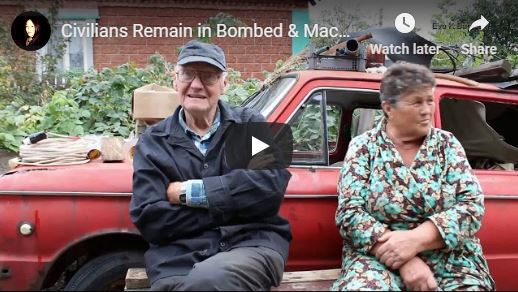 I spoke with those I could find at home while I was there. All told me they were constantly being assaulted by Ukrainian forces) by heavy machine gun fire and shelling.

The machine gun fire not only punctures the walls but also can set fire to the roof, thus the whole house.

All said they had no where to go, so they stay, living in hell in an area otherwise quite lovely.

Same as I heard in Zaitsevo, further north in the Donetsk People’s Republic.

This video is the first of a few I’ll upload from Krutaya Balka, letting the civilians speak about what corporate owned media will not.