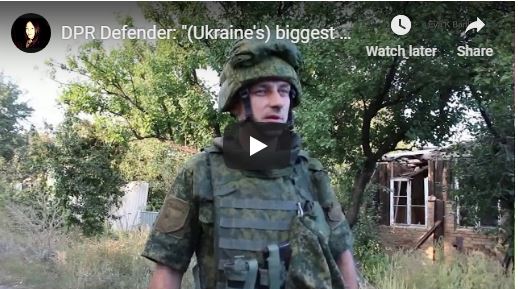 Recently, I visited Zaitsevo, a village in the north of the Donetsk People’s Republic. It has been relentlessly shelled by Ukrainian forces/paramilitaries since 2014, and continues to be bombed nearly every day and night.

In this clip, Gyurza relates how events unfolded in Zaitsevo, how the local defenders have maintained their defensive position, and some of the violations committed by Ukrainian forces.