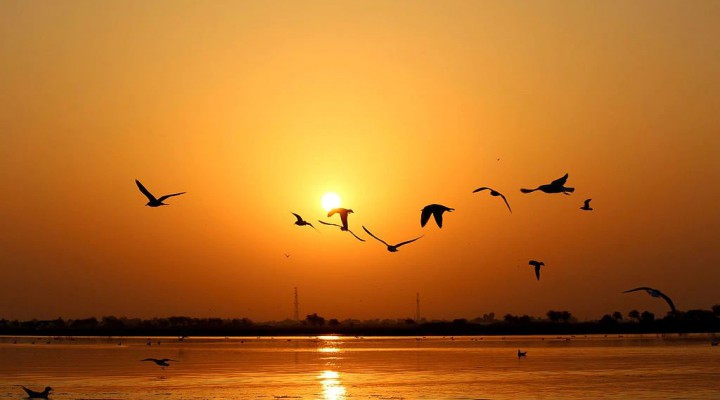 Gaining control over others gives us the feeling that we are making ourselves more safe and secure, because, to whatever extent we’re able to exert it, it seems like we are able to control what they do and prevent them from creating undesirable outcomes for us.

The assumption that more control means more safety is mistaken, and it’s what generates most of the suffering in our world today. It’s also what drives the impulse to obtain power.

The largest expression of that impulse is the agenda to control the entire world. The largest manifestation of that agenda is in the US-centralized empire. The people who run that empire continually seek to obtain more and more control over what humans do on this planet, with the official reason being that it makes the United States more secure and the unofficial reason being that it makes the empire architects more secure.

But in reality it does neither. It turns out that maintaining a unipolar world order requires constant violence and the constant threat of violence, and it also requires steadily mounting nuclear brinkmanship against countries who don’t want to be controlled which could easily lead to the death of everyone on earth. The assumption is that more control will bring more security, but the reality is that it creates more insecurity.

This is not just true at the largest scale; it’s a principle which scales all the way down to the innermost workings of a single human.

The ego, by which I mean the psychological construct of a “self” character which is believed in and identified with by the human organism, arises from the human organism’s sense of insecurity in early childhood. Because our large brains relative to the size of the pelvic bone make it necessary for us to be born far more helpless and underdeveloped than other animals, we’ve got long childhoods which we spend in a protracted state of what generally feels like insecurity. We aren’t able to get our own food, keep ourselves safe, or use advanced thinking processes to predict what’s going to happen in a frightening world surrounded by traumatized giants whose behavior often startles and scares us.

The organism’s entirely understandable response to this sense of existential insecurity is to use the human brain’s immense power to create a “me” character whose interests can be looked after using thought and language. From the perspective of the psychological self construct, the world shifts from an ineffable mystery to something that can be known, and thereby controlled.

But both are equally illusory. By exerting control over life in this way, by creating a separate “me” which can be identified with and a separate “world” which can be understood and known, the organism senses that it is gaining more control and therefore less fear and anxiety. But really all it’s done is chain itself to the wheel of suffering.

What presents as a path to security is really the path to insecurity. The psychological creation of the separate self creates in the same movement a world of separate others who can pose all sorts of social and existential threats to us. It creates a personal history of failures and deficiencies and defeats and wounds. It creates this churning, babbling mental monologue about me and mine and they and them and what should I do and am I doing it right and oh God I did it wrong, didn’t I?

Without egoing, it would just be human organisms peacefully existing on the planet they were born on until they died of natural causes. There’d be no reason not to collaborate with each other and with our ecosystem toward the common good and make sure everyone gets what they need, because there’d be no “me” whose interests need to be secured before those of “others”, no “others” whose wellbeing could be seen as taking anything from “me”.

It will probably be a sloppy, awkward process, with more control coming in at times and then being relinquished as it is seen as unnecessary, two steps forward, one step back. But I do think we’ll make it.

And the cool thing is we can begin this process ourselves, from right where we are standing, just by relinquishing the illusion of self and separation. There are many teachings and pointers out there to help anyone who wants to get started on this. All you really need is a sincere curiosity and a willingness to let untruth fall away.

On Psychopathy, Power, Empire And Ego

They’re Worried About The Spread Of Information, Not Disinformation

We’re Just A Confused Species In An Awkward Transition Phase