HOME / WORLD / What If The Big Reveal Already Happened? 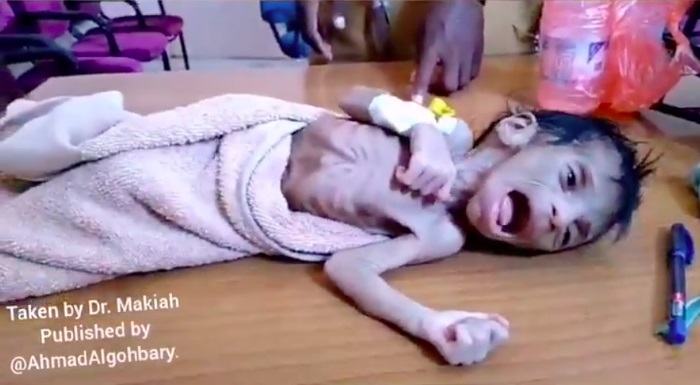 Do you remember how there was global outrage after the Panama Papers exposed a massive international tax evasion scheme involving many high-profile wealthy elites, leading to mass incarcerations and sweeping overhauls to the world’s taxation and legal systems?

How about the huge scandal when it was revealed that the CIA unilaterally funds its own clandestine operations via secret drug trafficking programs to circumvent the oversight of elected bodies, leading to the dismantling and disbanding of the entire CIA? Or the time WikiLeaks exposed war crimes leading to tribunals at The Hague and a complete restructuring of the US military? Or all the criminal investigations and paradigm-shattering arrests after we learned that powerful intelligence agencies have been using child sex slaves to manipulate our society via blackmail?

I mean, it is weird, right? It’s really, really weird how any time there’s a major scandalous revelation about the powerful, there’s a lot of noise about it for a few days, and then essentially nothing happens. Mainstream news media might report on it for a bit (though sometimes if it’s really inconvenient for the empire they won’t even touch it), they trot out the pundits to manage the narrative in such a way that ensures nobody in power will ever face any consequences, and then it is quietly memory-holed.

It’s weird. But we can’t deny that it’s real.

Remember when the Panama Papers revealed that the ultra rich all had a secret tax-evasion island where they hid their assets, and nothing happened?

Well, you'd think the ultra rich having a secret rape island would be taken a little more seriously, but it's not looking good.

There are many people who understand that we are ruled by sociopaths who manipulate our society into alignment with their greedy and power-grabbing agendas, and that most of our world’s problems arise from this fact. It is not difficult to see and understand this for yourself; there are more than enough readily available facts in evidence to make it abundantly clear to anyone with the time and willingness to look. Yet it remains a relatively fringe understanding, far short of the numbers it would take to make a real difference in our world.

Still, many who see what’s wrong with our world also hold out hope that there might be some Big Reveal in our future, some leak drop or heroic feat of investigative journalism which rips the veil off the mechanisms of oligarchy and oppression and shocks the world into revolutionary change. They think if there was just some major unprecedented revelation about 9/11, or Covid-19, or the oligarchy, it would snap open people’s eyes at long last to the fact that everything they’ve been taught about the world is a lie.

This will never happen. We know this because if it were going to happen, it would have happened already. If facts and evidence were enough to open people’s eyes and change their minds, then consent for the entire world order we are currently living under would have been rescinded as soon as we learned the Iraq invasion was based on a lie. Or as soon as we saw the first pictures of the children in Yemen who are being starved to death with the help of our government. Or any number of shockingly evil atrocities that the world’s most powerful people have engineered right out in the open.

Heartbreaking!
I never imagined that one day I will see children like this in #Yemen! 😭
This child is from #Hajjah governorate. He is suffering from severe acute malnutrition(SAM).#YemenCantWait. pic.twitter.com/k0eEWTnxnl

The Big Reveal will never happen, because the Big Reveal has already happened. All of the information needed to show people that we are ruled by murderous tyrants who shouldn’t be left in charge of their own children much less a globe-spanning empire is already publicly available. Any new information that got added on top of that would be treated the same way it’s been treated up until now: narrative managed and memory-holed into oblivion. Wouldn’t matter if it was a leak drop exposing all the most horrific secrets of all the world’s most powerful people. It would unpack in the same way it’s always unpacked.

The problem is not that we are lacking in sufficient evidence that we are living in an unacceptably dystopian oligarchic empire, the problem is that people can’t see the evidence that is already available to them. Science already tells us that hard facts aren’t enough to change someone’s mind, and that we have whole cognitive defense systems in place to protect our preexisting perceptions. It doesn’t matter how much information is handed to someone if they are fighting like hell to prevent the death-like experience of having their entire worldview ripped away from them. The trick is finding new and innovative ways to breach those defenses.

Whistleblowers, investigative journalists and leak publishers do heroic work for which we should all be grateful. They are the reason that there is enough publicly available evidence that we are effectively ruled by uncrowned kings in an unacknowledged empire that is driving us all toward disaster. But the bulk of the work that needs to be done actually comes after their mission is completed.

The real legwork is in getting the public to see the oligarchic empire with fresh eyes. How ugly it is. How horrifying it is. How psychopathic it is. To take the facts they already have in front of them and rearrange them in a new way that lets them really deeply perceive them in a way that they hadn’t before.

This is why I write so many articles about how creepy the empire is; I’m trying to provide new concepts and imagery to help people really grasp the true nature of this thing they’ve been marinating in their entire lives, whose propaganda they’ve been ingesting since they were children. It’s like trying to teach fish to see water.

Take mass media propaganda. The fact that the plutocratic class and government agencies collaborate with each other to manipulate the way the public thinks, acts and votes is an indisputable fact that has been researched and documented for decades, but people don’t see it. They don’t get how rapey and gross it is that powerful people are actively messing with our minds all the time on purpose. It’s just as freakish and depraved as any conspiracy theory about 5G nanobot mind control, but because people are used to it, they don’t see it.

Our job is to help them see it.

And the cool thing is, we can all do this. We don’t need to be a heroic whistleblower or daring investigative journalist, we just need a little creativity and a slightly different slant on things.

This is what Arundhati Roy was pointing to when she said, “Our strategy should be not only to confront empire, but to lay siege to it. To deprive it of oxygen. To shame it. To mock it. With our art, our music, our literature, our stubbornness, our joy, our brilliance, our sheer relentlessness – and our ability to tell our own stories. Stories that are different from the ones we’re being brainwashed to believe.”

It is good to be a hard-hitting journalist or an expert conspiracy analyst. But, because the Big Reveal has already happened, the real difference will be made by the artists.

0 thoughts on “What If The Big Reveal Already Happened?”