HOME / WORLD / ‘Western Values’ Are A Big Jerk-Off Fantasy: Notes From The Edge Of The Narrative Matrix

‘Western Values’ Are A Big Jerk-Off Fantasy: Notes From The Edge Of The Narrative Matrix 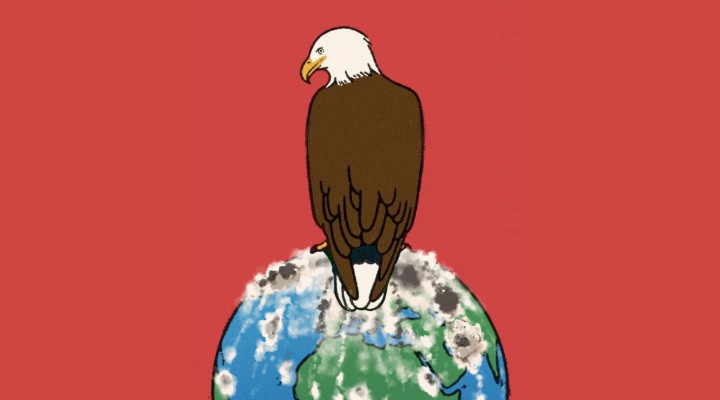 It’s still funny that the entire US-controlled world has been raging at Russia all year for doing something the US does routinely.

In our fucked up civilization “individualism” increasingly means having the freedom to express your uniqueness by choosing between hundreds of makes and models of automobile while thinking the exact same thoughts as everyone else about America, capitalism, and foreign policy. We are told that the individual is prioritized in our society while being funneled through various conformity manufacturing plants like school and mass media consumption. Real individuality is stomped out and replaced with prostheses of mindless consumption and partisan thought.

Real individualism would encourage radical individuality and divergence from orthodoxies. The so-called liberal democracies of the western world do the exact opposite, hammering us into authorized power-serving perspectives and herding us into mainstream partisan echo chambers.

“I’m sure glad I don’t live in an oppressive homogeneous nation like China where individuality is not allowed,” said every westerner in unison while staring at their programming screens.

The west doesn’t value anything it claims to value. We crush individuality, censor speech, brainwash with propaganda, imprison and torture dissident journalists, tyrannize, terrorize, bomb, invade, rob, oppress and exploit. “Western values” are nothing but a propaganda construct. A giant jerk-off fantasy.

My god I hate The Atlantic so fucking much.https://t.co/BTUa1hBjfo

My god I hate The Atlantic so fucking much.https://t.co/BTUa1hBjfo

People would never consciously tolerate a competition where the stakes are life and death in modern times, but all our systems for providing basic needs are based on this. Capitalism is a ubiquitous systemic gladiator combat sport which we are all forced to play.

I get called a communist a lot, which I’m fine with, but really I think I’m just whatever people want to call someone who supports shoving all systems to the left until we’ve created a healthy world where everyone has enough and we all collaborate with each other and with our ecosystem for the good of everybody. I’ll answer to communist if you like though.

Landlords get upset when you talk about the fraudulent nature of their income because they know they’re pulling a fast one. Charging someone to keep your investment property free from vermin, vandals and the decay of disuse while it gains in value is a double-dipping scam.

Property managers advise owners to get a property tenanted as quickly as possible if they don’t intend to sell right away because if they’re not inhabited they quickly turn into a useless scrap heap. They charge people for this privilege while exploiting a human need. Then they turn around and sell their investment for a tidy profit, after charging you to look after it (and often to pay off their mortgage for them). This is an immoral double-dipping scam.

If capitalism was really about “voluntary transactions” capitalists wouldn’t work constantly to crush unions and destroy the labor movement.

Every few months antiwar US libertarians collectively re-learn that I’m a leftist with strong anti-capitalist opinions and react catastrophically and then immediately forget it and have to repeat the lesson a few months later.

It’s not actually a problem to agree with someone about some things and disagree with them about others. Like it’s not even something you need to do something about. It’s just being a normal person. It’s not a big deal and it’s weird that it so often gets treated like one. Some American libertarians are brilliant critics of the imperial war machine, and I learn a lot from them. It’s just important that we not condition that mutual respect regarding that issue on a demand that the other accommodate our full ideology.

I’ve thought a lot about this over the years and that’s something I keep coming back to: opposing war together cannot include demands that those who disagree with us about economic policy or whatever remain silent or accept our position. That’s not collaboration, it’s domination.

That’s why I get so frustrated when right-libertarians tell me “stick to antiwar stuff.” It’s like fuck you, you know damn well you spend plenty of time criticizing socialism and praising capitalism, and yet you want me to be silent about my position on those issues? Fuck off. If you want to push your entire ideology yet demand that I speak only about the parts of my ideology you support, then you don’t want an ally against the war machine, you want a servant.

I’ve always gotten along fine with libertarians who are content to let me be me while I let them be them and we both amplify each other’s attacks on the war machine. That works. What absolutely doesn’t work is demanding that the other party abandon who they are in the process.

You’re either willing to work across ideological lines against the war machine or you’re not. If you are, you have to accept the fact that those ideological lines are there and not condition your cooperation on someone never saying anything you disagree with. That doesn’t work.

If you start paying attention to this you’ll find that it’s not just individuals who try to manipulate your understanding of yourself, but institutions as well. Advertisers, propagandists, religious leaders — they’re all telling you who you are in various ways all the time:

“You’re not intelligent enough to make up your mind about this subject for yourself.”

We’re smashed with toxic messages like this all our lives. Maturity is extracting all the narratives about you that were put into your mind by others so that you can become your own author. It takes work, because a lot of those narratives got in there a long time ago and now sit unnoticed in our subconscious, pulling our strings from behind the scenes.

The worst thing you can do is let someone else be the author of your story. Especially when the kinds of people most keen to do that are those who don’t have your best interests at heart. Generally speaking, the people most eager to author your story for you will be the ones least qualified to do so.

There are no “common values” between Europeans and the US

Euthanizing The Poor Is Just Capitalism’s True Face: Notes From The Edge Of The Narrative Matrix

They Keep Us Focused On Decoy Dichotomies: Notes From The Edge Of The Narrative Matrix

No Such Thing As An Objective Journalist: Notes From The Edge Of The Narrative Matrix

0 thoughts on “‘Western Values’ Are A Big Jerk-Off Fantasy: Notes From The Edge Of The Narrative Matrix”