HOME / Poem / We Ended It All Out Of Boredom

We Ended It All Out Of Boredom 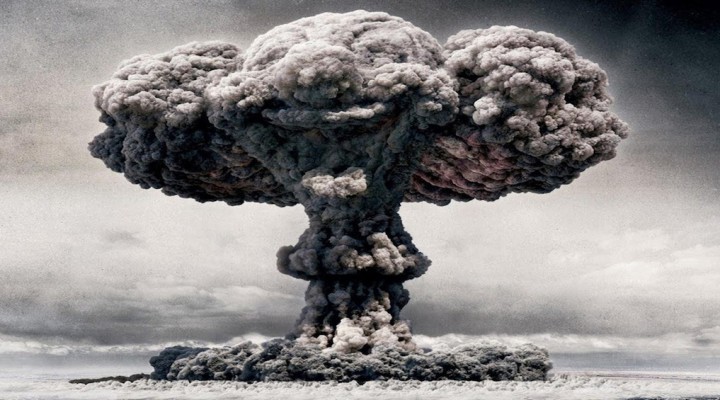 Listen to a reading of “We Ended It All Out Of Boredom”:

In the end we went the way of the dinosaur
not because of any asteroid or apocalyptic disease,
nor because we failed to adapt quickly enough to environmental changes,
but because we got bored.

We let the bastards (who were just as bored as the rest of us)
wave their warheads around like dongs at a bachelorette party,
even egging them on, calling for starvation sanctions
and no-fly zones and endless escalations in brinkmanship,
because there was nothing new on Hulu,
because CNN needed the ratings,
because they canceled Jerry Springer,
because they don’t let you smoke anywhere these days,
because snarling at Putin made us feel giddy and euphoric
in a way we didn’t quite understand but kind of scared us,
because our friends stopped letting us masturbate our drama addiction on them,
because we shuddered at the thought of a boring world where nations simply get along
and collaborate toward the highest interest of all beings,
because that wouldn’t feed our egoic hungry ghosts,
wouldn’t give us the exhilarating conflicts we’ve been trained to expect by Hollywood,
wouldn’t distract us from the echoing screams of our early childhood trauma,
wouldn’t engorge our sex organs and release adrenaline and endorphins
and assist us in our interminable quest to be
anywhere but here.

We ended it all out of boredom.
Because we never figured out how to be okay with what is.
Because we never learned how to let our restlessness drain from our legs
and from our minds and down into the earth which birthed and sustained us.
Because we could never create enough space to let the beauty in
and be uplifted by the sunlight and the birdsongs and the wind in our hair
instead of by fighting and hating and selfing and othering.
A strange primate species showed up,
looked around,
couldn’t quite make sense of the place,
and checked out.

And now we are gone,
like the tyrannosaurs and the mastodons
and the dead stars and the forgotten gods.
A foolish mistake made playing foolish games
opened a Pandora’s box labeled “NO TAKESIES BACKSIES”,
and the rest, as they say,
was the end of history.

But hey.
Bright side.
At least we’re not bored anymore.

Let’s Touch Antennae In The Madhouse

The Frogs Are Dropping Dead In Australia

One thought on “We Ended It All Out Of Boredom”