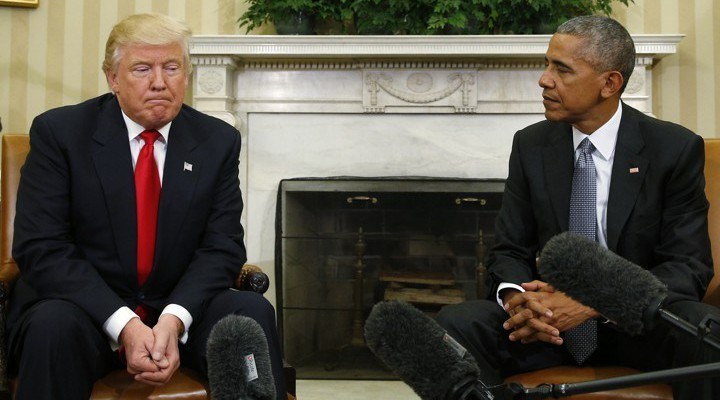 Intercept investigative reporter Matthew Cole has been tied both to Kiriakou’s discovery and prosecution and to that of Reality Winner, who leaked classified documents to The Intercept in 2017. Kiriakou’s comment came after the first in a series of articles was published in The Intercept titled “The Drone Papers” by Jeremy Scahill on October 15, 2015. Today, the alleged source of this report has been arrested, the third alleged Intercept source to have been prosecuted by the Trump administration.

Former US Air Force language analyst Daniel Hale has been arrested and charged with violating the Espionage Act and other offenses related to leaking classified documents to the press. Court documents didn’t reveal the identity of the journalist who received the documents, but AP reports that “details in the indictment make clear that Jeremy Scahill, a founding editor of The Intercept, is the reporter who received the leaks.”

“The source said he decided to provide these documents to The Intercept because he believes the public has a right to understand the process by which people are placed on kill lists and ultimately assassinated on orders from the highest echelons of the U.S. government,” Scahill’s 2015 article reads, quoting his source as saying, “This outrageous explosion of watchlisting — of monitoring people and racking and stacking them on lists, assigning them numbers, assigning them ‘baseball cards,’ assigning them death sentences without notice, on a worldwide battlefield — it was, from the very first instance, wrong.”

“The person who leaked these documents to The Intercept revealed that the government classified anybody killed by U.S. drone strikes—even if they weren’t the target—as militants, and that’s how they were able to insist that civilians weren’t being killed in significant numbers,” reports Reason‘s Scott Shackford.

Trump’s Justice Department opened new chapter in US government’s war on whistleblowers by indicting former member of Air Force who allegedly blew the whistle on the US targeted assassination program, which involves drones.

Let’s go through the indictment.

164 people are talking about this

Hale’s arrest has understandably brought harsh criticism against The Intercept for losing yet another source to federal prosecutors. In addition to Hale and Reality Winner, former FBI officer Terry James Albury was sentenced to four years in prison for leaking documents to The Intercept on the Hooveresque powers that the FBI has given itself in the wake of 9/11. It is absolutely right that people should be asking questions of a billionaire-funded outlet which keeps losing sources despite a solemn promise of source protection, and that discussion should continue to happen.

What in my opinion hasn’t received enough attention as of this writing, and what is far more dangerous than one moderate-sized outlet failing to protect its sources, is the fact that a US president is continuing and expanding on his predecessor’s  unprecedented war on whistleblowers.

“The Trump admin is on pace to shatter the record for the most prosecutions of journalistic sources,” reads a statement by the Freedom of the Press Foundation. “Hale is at least the sixth alleged journalistic source charged by the Trump administration in just over two years in office. The Justice Department has previously indicated dozens more leak investigations are ongoing.”

“Prosecuting journalistic sources chills investigative reporting and poses an enormous threat to whistleblowers, press freedom rights, and the public’s right to know,” explained Freedom of the Press Foundation Executive Director Trevor Timm. “Whistleblowers should be lauded for their courage, not charged with felonies and imprisoned. The Trump administration is on pace to shatter the Obama administration’s record for the number of prosecutions of alleged sources, and everyone who cares about brave national security reporting should loudly condemn Hale’s arrest.”

“If the allegations are true, the U.S. government is prosecuting another whistleblower in its zeal to crackdown on leaks and control the flow of information, particularly on national security matters,” explains Kevin Gosztola in a very thorough article for Shadowproof. “They are also criminalizing another source, who provided information to The Intercept.”

You’d never know it from the debates in the mass media on both sides of America’s imaginary partisan divide, but the real story isn’t in the differences between Trump and his predecessors. It’s in the similarities.

Barack Obama made a promise to protect whistleblowers and have the most transparent administration in history, which was very well-received by the public after the frightening Orwellian advancements of George W Bush. People understood that in order for democracy to exist, the public needs to be able to see what its government is doing in all possible ways, and the prospect of a president who would give that to them made a lot of people feel hopeful. Obama then he went on to prosecute more whistleblowers than all previous administrations combined, and his successor, despite all the partisan chatter about how wildly different the two presidents are, is following right in his footsteps.

Information about targeted drone assassinations and distortions of civilian casualties are things the US government had no business keeping from its people in the first place. These are taxpayer-funded actions, and taxpayers have a right and a need to know that this sort of thing is being done with their money. The US government isn’t prosecuting someone who allegedly blew the whistle on this because he endangered national security in any way; clearly it did not. This was not a matter of national security, it was a matter of government embarrassment and inconvenience. That is not a legitimate reason to try to make an example of someone for revealing the truth about it. We should not accept that this is the kind of society that we’ll have to live in.

I mean, what do you do at this point if you’re someone who wants to blow the whistle on government malfeasance? Go to The Intercept, which keeps losing sources? Go to WikiLeaks, which the Trump administration has pledged to take down and whose founder is currently awaiting US extradition in Belmarsh Prison? A mainstream outlet like the New York Times, AP, Fox News, WikiLeaks, the Baltimore Sun, the Guardian, or the Washington Post, all of whom had sources prosecuted under Obama? The fact of the matter is that the deliberate intimidation of future whistleblowers will necessarily have its desired effect; many people who work with the US government will refrain from speaking out about atrocities they discover out of fear of spending years behind bars for doing the right thing.

At this point the only thing that will change this is the US populace rising up against its oppressive totalitarian rulers and ferociously demanding the transparency that it is entitled to from its government. This will continue to get worse until it’s forced to get better.

The National Security Agency Is A Criminal Organization