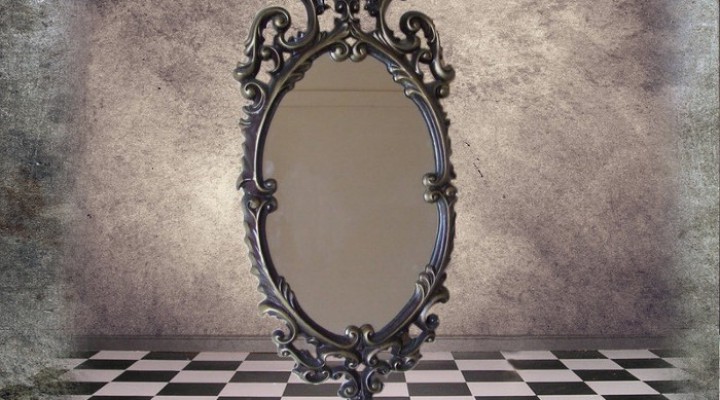 It’s a trip how much mental energy people pour into arguments about world affairs while devoting almost none to the way their understanding and perception of those affairs is happening.

People will happily argue day in and day out about what political ideology is most correct or what should be done about a given problem, but it’s rare for them to turn around and examine the sources of information that they’ve used to form those opinions. The fact that most of the information being circulated about what’s going on in the world is owned by plutocrats who undeniably have a vested interest in maintaining the status quo rarely enters into mainstream awareness. Which is of course by design.

Even less common than people questioning the nature of the information they’ve received is for them to examine what happens to that information once it gets into their heads. Nearly everyone lives a life that is dominated by nonstop compulsive mental chatter which determines everything from one’s emotional state to how their interest and attention moves, thereby creating cognitive biases and perceptual filters which shape how all future information will be interpreted. For most of us, thought serves not as the useful tool we evolved it to be, but as the writer, director and star of the entire show. As Ecknath Easwaran once said, “we don’t think our thoughts, our thoughts think us.”

Rarer even than examining the nature of thought is examining the nature of consciousness itself. From cradle to grave none of us ever experience a single thing that is outside our own field of consciousness, but almost everyone goes that whole time without ever seriously looking into the nature of that field for themselves. Which is a shame, because a bit of rigorous investigation reveals that our entire conscious experience is happening in a very different way than the consensus worldview assumes.

Most of us labor under the assumption that we are a finite, physical body moving around in world from which we are separate, and against which we must protect and secure ourselves. Some dedicated self inquiry reveals that it’s far more accurate to say that what you are is not a body or a mind or a separate “me” at all, but rather a kind of strange, imperceptible subject to which the field of consciousness appears. In your actual experience without referring to mental narrative, you can discover a clear distinction between this ineffable subject and your field of consciousness, and see lucidly that if you’re going to identify as anything, it only makes sense to identify as that ineffable subject.

If you think it’s mind-blowing to launch an investigation into the source of the world’s problems and discover a covert alliance of plutocrats, intelligence agencies and domestic propagandists, wait until you launch an investigation into the source of your own suffering and discover that “you” don’t even exist at all. You chase the white rabbit down twisting funhouse-mirror rabbit holes, finally discover the secret chamber of your tormenter, spin his desk chair around to face you, and find not the rabbit, nor the devil, nor even yourself, but an empty chair.

That’s the real red pill, right there. That’s the ultimate conspiracy revealed. Not that there’s a secret cabal controlling world affairs to ensure world domination, but that there’s ultimately no one in the driver’s seat at all. Some clever primates with robust egoic structures have figured out how to manipulate things, but they themselves are just like the rest of us: empty processes playing themselves out for no one, just like a fire or a waterfall. We all conspired to tell a story about a bunch of separate selves who simply do not exist outside of the story.

And in this sense our impulse to expose the ultimate conspiracy to solve our world’s problems once and for all is a perfectly healthy one. Those efforts don’t have the end result that most of us are anticipating, but if enough people pursue those efforts to their end it will indeed solve all our problems. The ego is an illusion held in place by the mistaken belief that there exists some hard, tangible object that can be accurately labeled “me” or “mine”, and ego also happens to be the thing that the propagandists use to hold the status quo in place. Without the illusion that there exists a non-conceptual self who must be protected and secured from a separate world, the propagandists cannot propagandize, because their only tools are narrative, fear, and greed. Awakening from the illusion of ego makes people immune to illusory narratives, fear and greed, which means awakening on a large scale will make them impossible to propagandize, at which time we can use the power of our numbers to expunge the status quo.

But we’ve got to wake up first. We’ve got to stop overlooking the most important and fundamental aspects of our experience here. Self-inquiry is a powerful tool that can be used to investigate the nature of self and consciousness in a way that can lead relatively quickly to self-realization. Just do a search for the term and find your own approach to it if this is something which interests you.

Once you’ve resolved this fundamental matter, the illusion of ego is no longer there to disturb your natural state of equanimity and prevent you from using thought as the useful tool it’s meant to be. You can pick up stories, concepts and identities and use them to the extent that they are useful, and then put them down once they’re not. But please remember that the ultimate goal in discovering the ultimate conspiracy is not to just know it, but to solve the world’s problems. Don’t be content with self-knowledge, carry it out into the world and use your newfound inner peace and lucid relationship with concepts to help make this planet a better place to live on.

Rugged Individualism Cannot Save Us. Only Enlightened Collectivism Can.

0 thoughts on “The Ultimate Conspiracy Revealed”