HOME / WORLD / The Real Deep State Power Grab: Notes From The Edge Of The Narrative Matrix 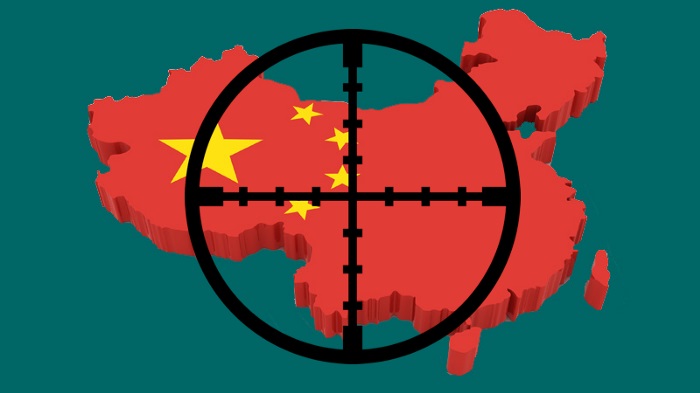 The real deep state power grab underway isn’t about Covid, it’s about the new cold war agendas against China and Russia. All analysts who’ve been staring transfixed by Covid anxiety waiting for Bill Gates to usher in the New World Order have completely missed this story due to a misguided collective decision to fixate on this virus.

The virus will certainly play a part in many ways, but the real large-scale power agendas at work revolve around the US-centralized empire’s increasingly urgent campaign to sabotage the China alliance before it upends the current world order completely.

These escalations are accelerating and will probably get a lot worse if/when Biden wins. They put the entire world at risk of nuclear armageddon via a nuclear detonation due to misfire or miscommunication, and will saturate the information ecosystem with mountains of propaganda. That’s to say nothing of all the death and suffering that will be caused by all the new sanctions, proxy conflicts, coups and probably some hot warfare against less powerful nations in order to undermine the China alliance. This is looking to get ugly and too many are missing it.

All year it’s been nonstop, half-formed, contradictory theories about what the unelected power establishment is up to, when their real game has been unfolding right in front of us this whole time. It’s got all the usual war pigs and secretive government agencies, it’s about power, and it’s about lies. Look at it.

Super excited to find out who the demented candidate’s handlers will choose for a figurehead role in his fake presidency.

Mainstream Democrats and Republicans are violent extremists whose murderous ideology has caused orders of magnitude more death and destruction than any government-designated “terrorist” group.

It is September 2020. Trump has decided to remove 500 troops from the middle of the Sahara Desert, a military presence nobody knew existed until one hour ago. All pundits and politicians in America are writing op-eds explaining why this is the worst thing that has ever happened.

US military expansionism is like the barb on a fish hook: no resistance from anyone sending the troops in, but massive resistance to pulling them back out.

Every dollar spent on keeping troops and military equipment outside a nation’s borders was stolen from citizens who are trying to feed and house themselves.

“The poor should just work harder to become self-sufficient like me,” said the man whose entire way of life is built on foreign slave labor.

Those who respond to videos of police brutality with “Well what do you expect? They were disobeying!” aren’t just defending the police, they’re defending every power structure in the world where the weak are attacked for disobedience by the powerful. From nations down to parents.

Seems like the only time I encounter the term “human nature” is when someone has a vested interest in promoting the idea that humans must always necessarily behave like predatory sociopaths.

The world wars created unfathomable amounts of trauma which resulted in mental illness that we still see today, the kind that travels down family lines. Trauma rarely stops with the initial victim. We don’t talk enough about that, let alone provide compensation for it. The architects of war are solely responsible for breaking the minds of young people, who in turn traumatize their offspring and partners for generations into the future. We still feel the reverberations in the collective psyche to this day.

For example, “dog eat dog” culture is not hardwired; it’s the philosophy of a father who spent his youth on the battlefield scared out of his brain, and developing strategies and walls of dissociation to cope with the horrors he was not just witnessing, but partaking in. Dog-eat-dog makes sense amid the horrors of war, but it makes no sense at home. In fact, it’s incredibly abusive to parent your children that way. Bashing your children to make them obey causes trauma. Telling kids they gotta man up because the world is out to get them causes trauma.

People dismiss criticisms of bad parenting practices because “I turned out okay.” You did not turn out okay. We are not okay. The world is not okay. Something fundamental has to change. Start with you.

People, generally speaking, are pretty unconscious. Until that changes, you can’t rely on the collective for a clear idea of what matters and what’s going on in the world. The group mind lacks both wisdom and intelligence. This is true of literally all groups and factions.

You’ve got to figure it out on your own, take responsibility for your understanding. You can’t rely on anyone else to do it for you, and you can’t look to what your ideological faction is excited about today for any clues. You’ll be misled. Focus on honing your inner sense maker.

This is what I mean when I say be outwardly collectivist but inwardly individualist. Humanity’s problems cannot be solved without replacing competition with collaboration, but the responsibility for your perception of reality is yours and yours alone.

Consciousness is the most important thing in all our lives by an unfathomably massive margin, and a lucid examination of how it occurs is an essential component in finding lasting peace of mind. Yet science practically ignores it and most people hardly ever even think about it.

0 thoughts on “The Real Deep State Power Grab: Notes From The Edge Of The Narrative Matrix”